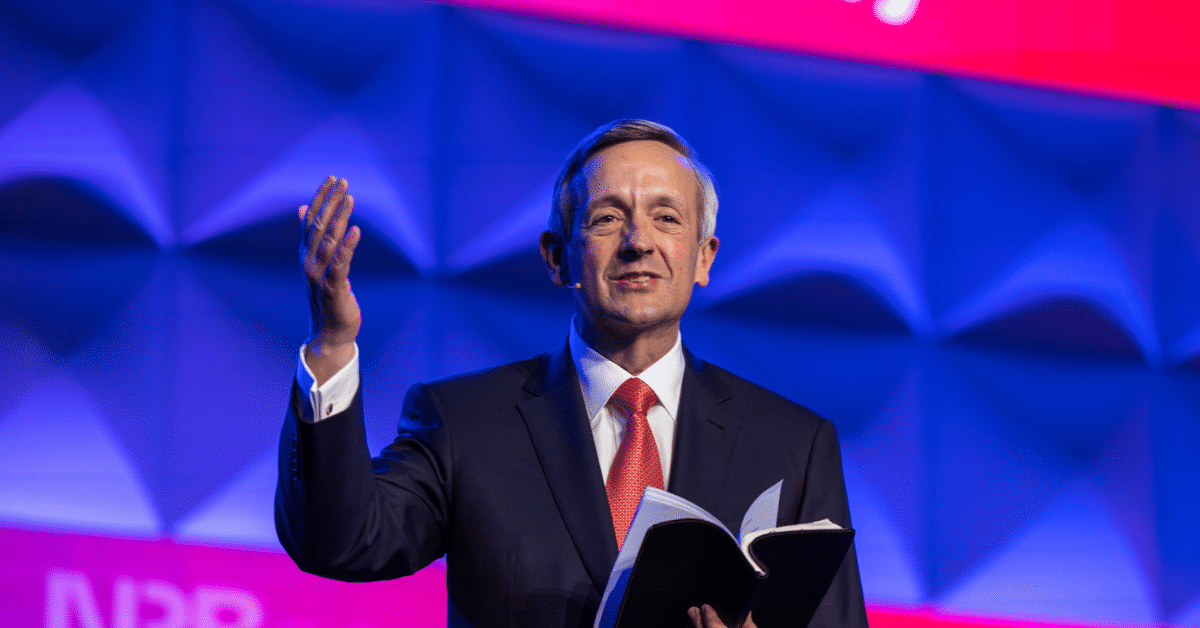 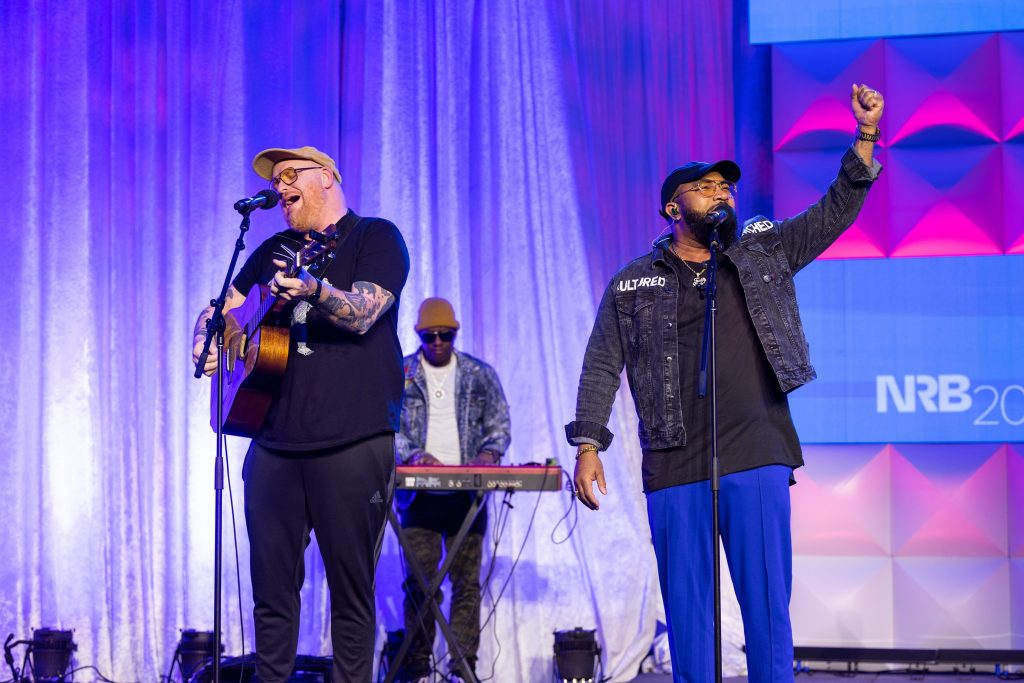 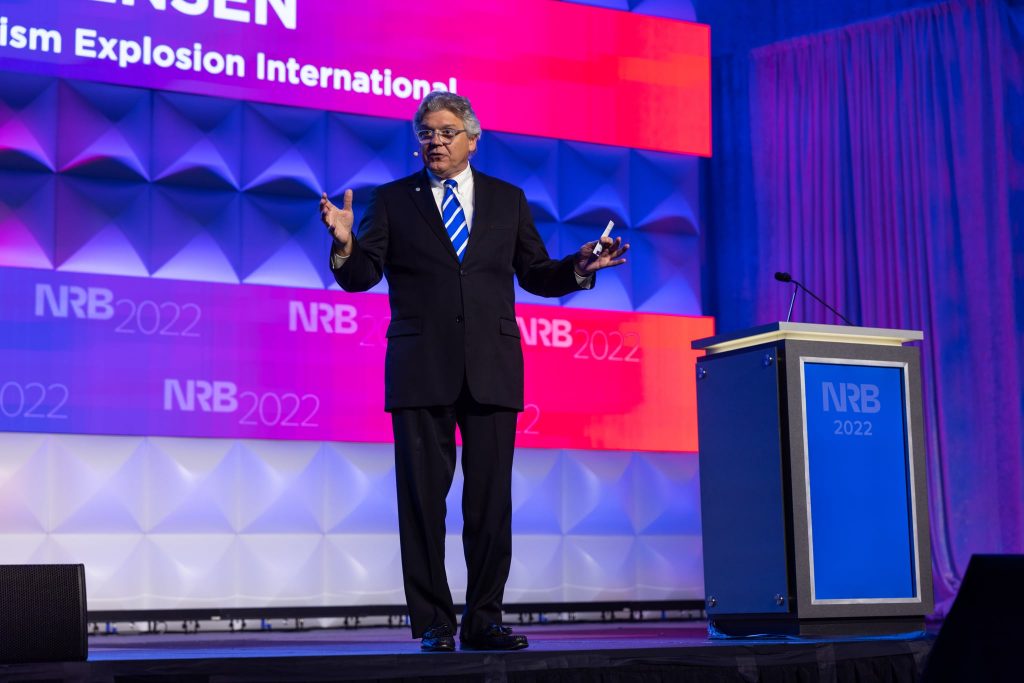 Recording artists Stephen McWhirter and Jason Clayborn began the evening of praise and worship with songs that reaffirmed our belief in God and His presence in times of difficulty.

Troy A. Miller, NRB CEO, introduced Dr. Jeffress, Senior Pastor of First Baptist Dallas as well as Jeffress’ Pathway to Victory broadcast. Dr. Jeffress began his remarks in Acts 4, sharing how the early Christian church responded to healing and miracles. At that time, authorities were critical of Christians giving credit and praise to Jesus, despite being imprisoned and facing persecution. He emphasized how the early church responded with praise to God whatever the backlash from government.

Dr. Jeffress highlighted the similarities we see today in our culture, specifically how the name of Jesus sparks controversy in many areas just as it did to those in Acts 4. Much like Peter and John in the passage, Dr. Jeffress had opportunities to speak in venues that came with the warning not to speak about Jesus. As he continues to preach in the name of Jesus, Jeffress shared, the acceptance of the message has changed over the decades. He warned that broadcasters, communicators, and those in other industries are likely to experience persecution when speaking in the name of Jesus.

Dr. Jeffress shared four main points to remember with regard to persecution.

He reminded the audience that the Bible doesn’t say we should seek out persecution, but we are exhorted in James 1:2 to have joy when enduring persecution. Dr. Jeffress delineated the difference between being happy and having joy, noting that even in the most difficult circumstances, joy can’t be taken away.

Following Dr. Jeffress’ message, Chosen Road, a Christian bluegrass band, continued with well-known hymns like “How Marvelous, How Wonderful” and “Nothing But the Blood” in their signature southern, bluegrass style. The themes of the evening wove the message of the power of Jesus’ name with the reality of global persecution and adversity. This continued with a special acknowledgement of those suffering and displaced by war in Ukraine.

This event was presented by Evangelism Explosion, a ministry that trains Christians how to share their faith in Christ and how to bring people from unbelief to belief.