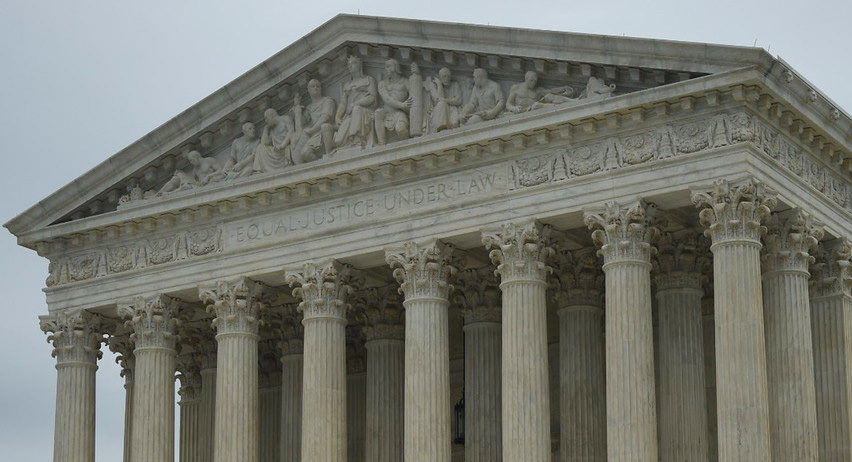 Under the U.S. Constitution’s separation of powers, the responsibility to amend legislation belongs to Congress and the President in the legislative process, not to the Supreme Court.

The Court, however, decided in a 6-3 ruling Monday that an employer who fires an individual for being gay or transgender violates Title VII of the Civil Rights Act of 1964 though neither “sexual orientation” nor “gender identity” appear on the list of protected classes.

“Many will applaud today’s decision because they agree on policy grounds with the Court’s updating of Title VII,” wrote Justice Samuel Alito in his dissenting opinion. “But the question in these cases is not whether discrimination because of sexual orientation or gender identity should be outlawed. The question is whether Congress did that in 1964.

“It indisputably did not,” wrote Alito, who started off his opinion by saying that there is only one word for what the Court had just done: legislation.

In his dissenting opinion, Justice Brett Kavanaugh further argued that judges may not rewrite the law simply because of their own policy views.

In response to the ruling, NRB CEO Troy Miller made the following statement:

“It is clear that the Supreme Court has overstepped its role and drowned out the voices of the American people by legislating from the bench. This troubling decision could have grave, widespread consequences on our freedom of conscience, freedom of religion, and freedom of speech, for starters. We should all be very concerned.”

“We are disappointed in this ruling and its potential negative implications for the religious liberty of our member institutions. We continue to hold fast to God’s good design for male and female as outlined in Genesis by Moses (Gen 1:27) and affirmed by Jesus (Mark 10:6). Christians are called to hold fast to that which is true while also loving our neighbors who think differently than us. We will continue to advocate for religious liberty so that our members are free to preach the good news of the Gospel that sets men and women free. We urge the courts, Congress, and administrative bodies to protect the 1st Amendment rights of our member institutions.”

Initial statements from NRB members are listed below, including from Alliance Defending Freedom, which represented the Michigan funeral home at the center of the case, R.G. & G.R. Harris Funeral Homes v. Equal Employment Opportunity Commission.

Americans must be able to rely on what the law says, and it is disappointing that a majority of the justices were unwilling to affirm that commonsense principle. Redefining “sex” to mean “gender identity” will create chaos and enormous unfairness for women and girls in athletics, women’s shelters, and many other contexts. Civil rights laws that use the word “sex” were put in place to protect equal opportunities for women. Allowing a court or government bureaucrats to redefine a term with such a clear and important meaning undermines those very opportunities—the ones the law was designed to protect.

Legislation is supposed to be the province of Congress, not the courts. I agree with Justice Samuel Alito’s strong observation at the beginning of his dissenting opinion in today’s case:

“There is only one word for what the Court has done today:  legislation.”

Our concern now is for how future courts and public officials will apply this decision against people of deep faith who own businesses, run religious educational institutions and continue to adhere to the biblical definitions of marriage and family. I fear this increasingly legislative-oriented majority has sown the wind and now innocent people of good will and faith will reap the whirlwind.

The core issue before the Court in this case was whether it is within the legitimate power of judges to suddenly redefine the meaning of words and rewrite a 55-year-old statute. Sadly, the Court answered in the affirmative.

Allowing judges to rewrite the Civil Rights Act to add gender identity and sexual orientation as protected classes poses a grave threat to religious liberty. We’ve already witnessed in recent years how courts have used the redefinition of words as a battering ram to crush faith-based businesses and organizations.

We are grateful that the Supreme Court was clear in the opinion that this federal statute does not overrule peoples’ religious freedoms. We will find out in the very near future whether this is a hollow promise or a truthful assurance that the religious liberty of all Americans will be protected.