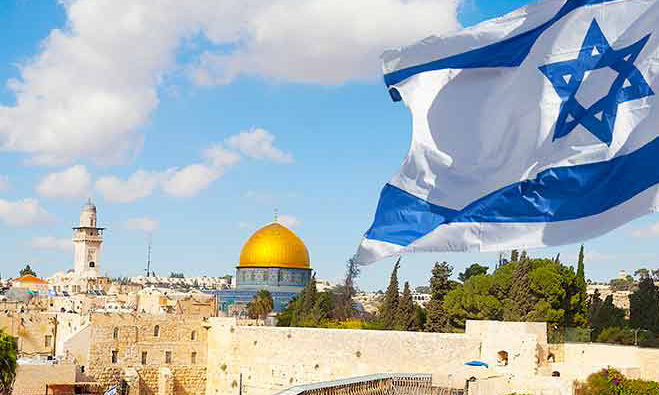 Congressional Democrats spent much of this week battling among themselves over how to respond to another round of anti-Israel comments by freshman Rep. Ilhan Omar (D-Minn.), who this time used a longtime anti-Semitic accusation of dual loyalty among those supporting Israel.

Notably, Chicago Mayor Rahm Emmanuel, previously a top leader in the House of Representatives and in the Obama White House, penned an op-ed in which he said, “No one is questioning the right of members of Congress and others to criticize Israeli policies. But Omar is crossing a line that should not be crossed in political discourse. Her remarks are not anti-Israel; they are anti-Semitic.”

Initially, there was a move to condemn Omar after she would not apologize, as she had done in previous instances. However, some “progressive” leaders, including Sens. Kamala Harris (D-Calif.), Bernie Sanders (D-Vt.), and Elizabeth Warren (D-Mass.), came to Omar’s defense and dissension boiled over in internal House Democrat meetings. Ultimately, a much broader resolution against hatred generally was put forward for a vote.

This result did not sit well with a number of Members of Congress from both sides of the aisle. For example, Rep. Ted Deutch (D-Fla.) said on the House Floor, “Why are we unable to singularly condemn anti-Semitism?”

In a USA Today op-ed, Jonathan Greenblatt, CEO and national director of the Anti-Defamation League, declared, “At the end of the day, words matter. When prominent people or members of Congress spout anti-Semitic rhetoric, it gives a green light to others to repeat that rhetoric. We will continue to call out elected officials in both parties when they spew hate, and now is the time for Congress to send a clear, unambiguous message: There is no place for anti-Semitism in the United States.”