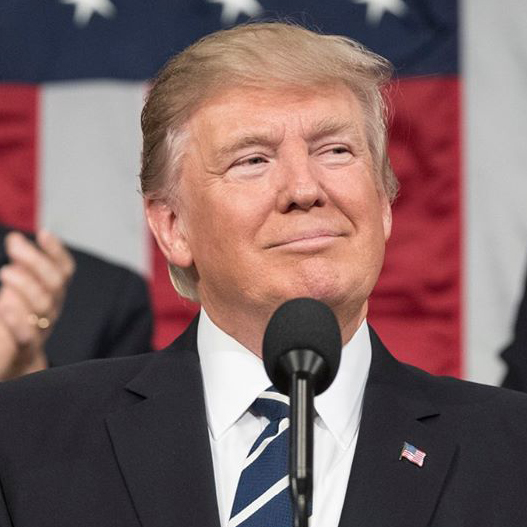 The President delivered two significant speeches this week where he tied American greatness to principles of faith, life, and liberty.

At the National Prayer Breakfast yesterday, Trump said that from the beginning of our nation many cultural victories “have been led by people of faith and started in prayer.”

He added, “As President, I will always cherish, honor, and protect the believers who uplift our communities and sustain our nation. To ensure that people of faith can always contribute to our society, my administration has taken historic action to protect religious liberty.”

Trump specifically highlighted his intent to stand for faith-based adoption agencies being discriminated against by public officials because of their religious beliefs. He also emphasized the importance of fighting antisemitism and religious persecution around the world and particularly welcomed Pastor Andrew Brunson, who was present at the breakfast.

Moreover, Trump stated, “As part of our commitment to building a just and loving society, we must build a culture that cherishes the dignity and sanctity of innocent human life. All children, born and unborn, are made in the holy image of God.”

At the State of the Union address on Tuesday, the President also proclaimed a potent pro-life message. He shamed leaders in New York for imposing a new abortion regime so extreme as to allow “a baby to be ripped from the mother’s womb moments from birth,” as well as Virginia’s governor for his comments appearing to condone the killing of babies who are born alive after surviving an abortion. Trump called on Congress to pass legislation barring abortion of prenatal children who can feel pain.

That night in the Capitol, Trump also declared, “America was founded on liberty and independence, and not government coercion, domination, and control.  We are born free and we will stay free. Tonight, we renew our resolve that America will never be a socialist country.”

As he concluded his speech at the National Prayer Breakfast, Trump recalled his speech at the Capitol and his challenge that Americans pursue greatness together. At the breakfast, he declared, “There could be no better way to begin this exciting national adventure than the way America has always begun our greatest adventures: by coming together in prayer.”