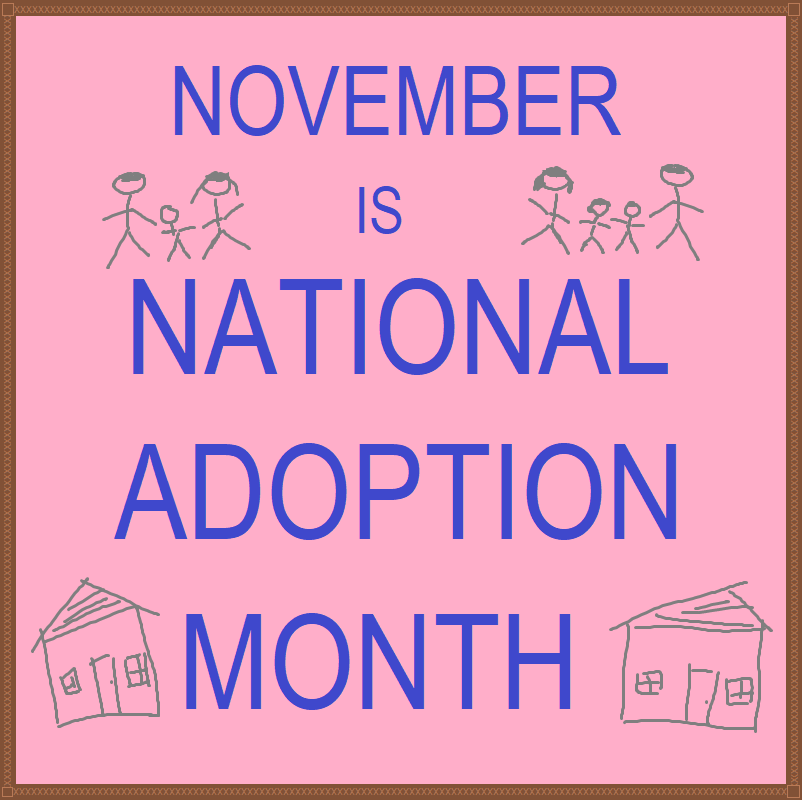 November is National Adoption Month, and tomorrow, the last Saturday before Thanksgiving, is National Adoption Day. This is a day communities rally together to celebrate the finalization of thousands of adoptions and work to raise awareness about the many more children who are in need of loving homes.

Last year 410 cities participated in National Adoption Day leading to nearly 5,000 adoptions, and approximately 70,000 children have moved from foster care to permanent families since the first such day in 2000. Still, many more children are in need, including more than 100,000 children waiting in foster care in the United States.

In a proclamation honoring National Adoption Month, President Donald Trump declared, “Adoption affirms the inherent value of human life and signals that every child — born or unborn — is wanted and loved.  Children, regardless of race, sex, age, or disability, deserve a loving embrace into families they can call their own.”

The President honored families who have welcomed adoptees into their homes and also lauded the courageous parents who place their children for adoption.  “Our Nation grows stronger because of the love and sacrifice of parents, both birth and adoptive,” he said.

Sadly, some officials are making the work of faith-based adoption agencies difficult. Just last week, Kansas Governor-elect Laura Kelly (D) indicated her staff was seeking ways to block enforcement of a state law protecting such ministries from violating their beliefs. Notably, faith-based agencies in Massachusetts, Illinois, California, New York, and the District of Columbia already have been pushed to end their services because of adherence to their religious belief in marriage as the union of a man and a woman.

Melanie Israel, a research associate with The Heritage Foundation, recently told the Daily Signal, “With hundreds of thousands of children currently in foster care, and the opioid crisis flooding even more children into the system, now more than ever, policymakers should remove — not create — barriers of discrimination against child welfare service providers on the basis of a provider’s moral or religious beliefs.”

“Protecting a diversity of providers and their ability to operate according to their values — as well as their ability to work with families who share those values — takes nothing away from anyone, and makes it more likely that the greatest possible number of children will be welcomed into a forever home,” she added.

The Child Welfare Provider Inclusion Act has been introduced by Sen. Mike Enzi (R-Wyo.) and Rep. Mike Kelly (R-Pa.) to prevent such ministries from being discriminated against by federal and state authorities because of their religious beliefs.

When introducing the bill, Kelly said, “When it comes to helping kids and making families stronger, all service providers – religious or otherwise – should have a seat at the table. That’s what this bill is about. It is 100 percent inclusive and child-focused. No provider should ever be forced to violate their faith in order to help give each kid a loving and caring family.”