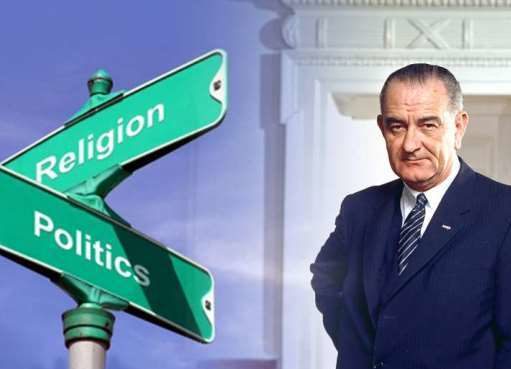 Legislation to lift the free speech burden of the infamous “Johnson Amendment” off of charitable organizations was reintroduced in Congress this week. NRB supports the Free Speech Fairness Act, which unshackles basic expression, a priceless bedrock principle of our nation, without allowing charities to become conduits for targeted political expenditures.

In 1954, then-Senate Democratic Leader (later to become President) Lyndon B. Johnson (D-Texas) successfully pushed into law a provision to stop Section 501(c)(3) organizations from “intervening” in political campaigns. That language has since been interpreted to bar ministers and nonprofit leaders from making political statements at their organizations’ functions or in their publications. In addition to being constitutionally suspect, this rule has been vaguely and inconsistently applied by the IRS, resulting in a chilling effect.

While introducing the bill, Scalise declared, “Our right to free speech under the First Amendment is what makes the American people the freest in the world. No one should be restricted from speaking freely about the issues that affect each and every American simply because of the job they hold.” Lankford echoed that sentiment stating, “People who work for a nonprofit still have constitutional rights to assembly, free speech, and free press.”

Hice zeroed in on the sword the IRS holds with the Johnson Amendment. “Simply put, our First Amendment rights shouldn’t be a bargaining chip in exchange for tax-exempt status,” he said. Johnson, too, said the current law is antithetical to America’s identity and with the Free Speech Fairness Act he can “look forward to unleashing the voice of the church once again.”

A LifeWay Research poll has shown 91 percent of Protestant pastors wanting the ability to speak freely from the pulpit without a government chill. Also, more than 7 in 10 of the pastors want Congress to ensure the IRS is not empowered to punish churches based on the content of sermons. The study calls into question the extent of support for a push by some leaders who have told Congress that maintaining the power of the IRS to referee their speech is critical to their ministries’ independence and integrity.

NRB has underscored the difference between important questions of whether or not it is wise for churches and charities to choose to make political endorsements versus whether or not the IRS should be authorized to stifle speech. During an unsuccessful battle to insert the language of the Free Speech Fairness Act in the tax reform law of the previous Congress, NRB President & CEO Dr. Jerry A. Johnson declared, “Respectfully, nonprofit leaders should embrace liberty and be willing to take responsibility for their own comments freely made in the ordinary course of service to their constituents.”