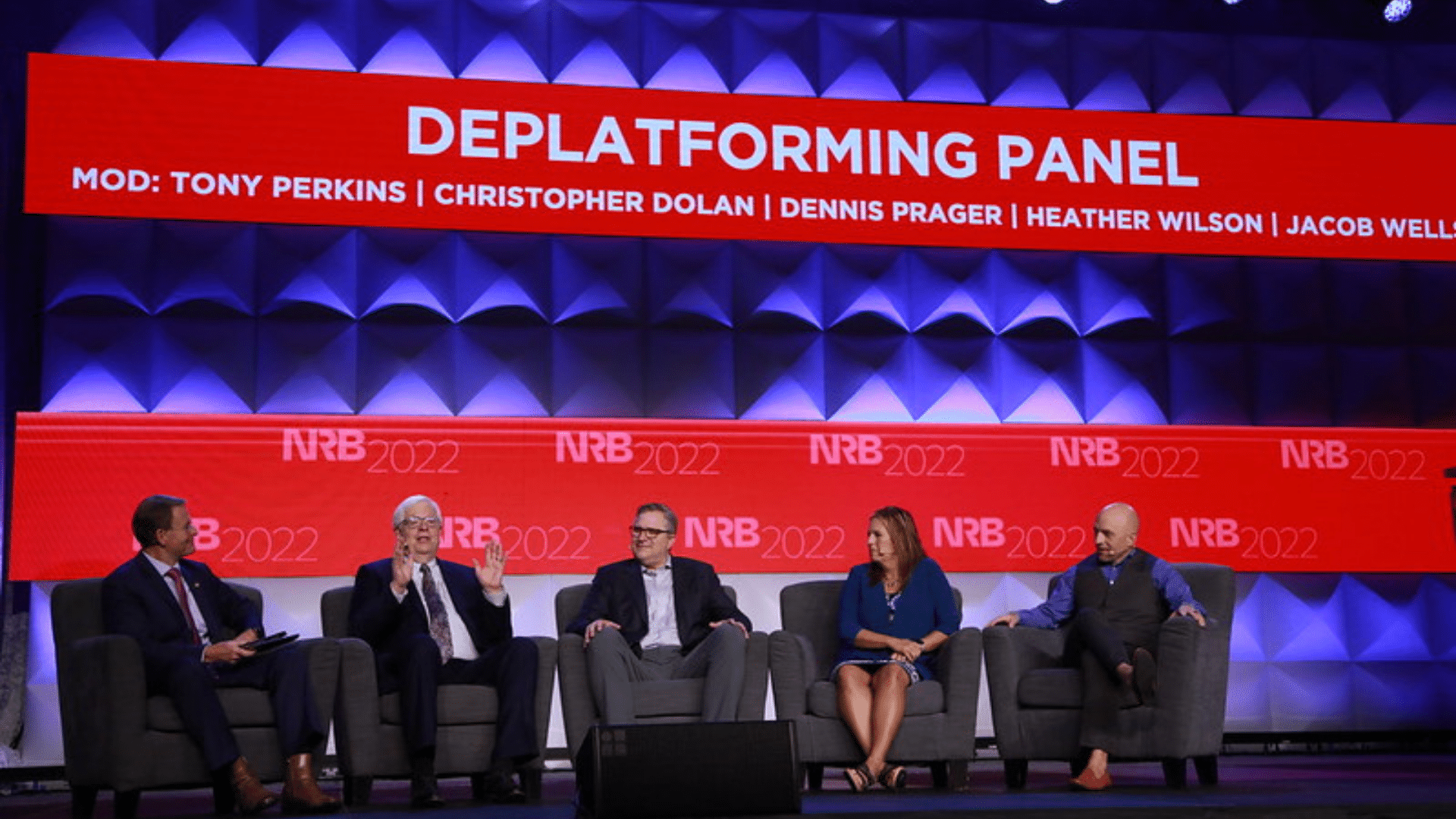 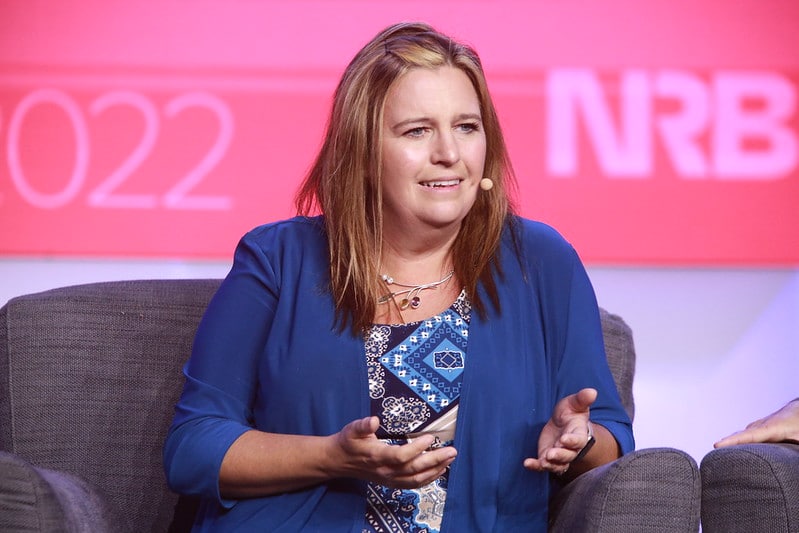 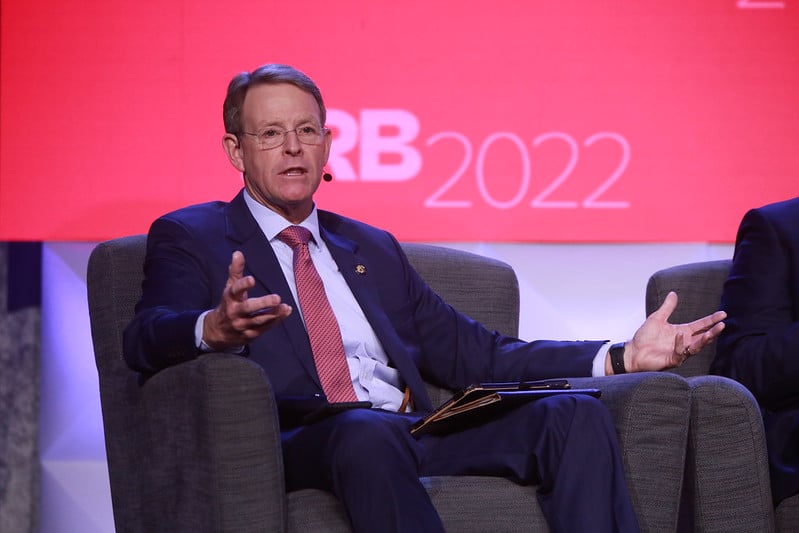 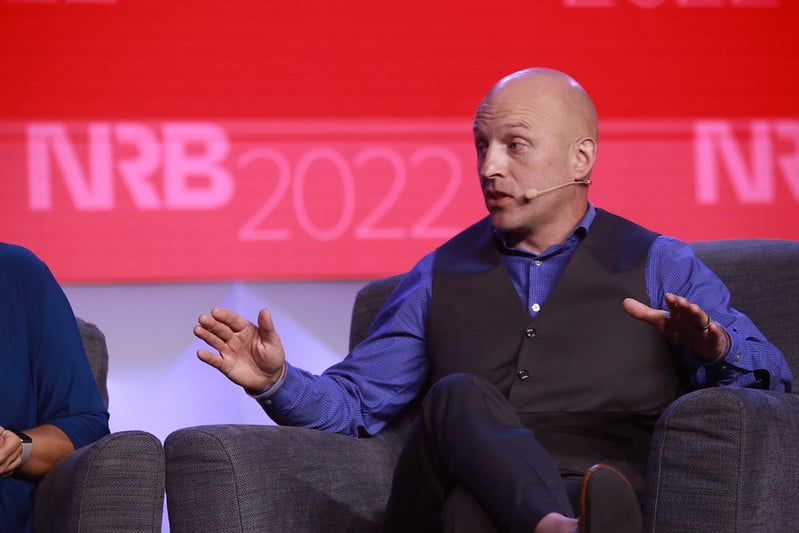 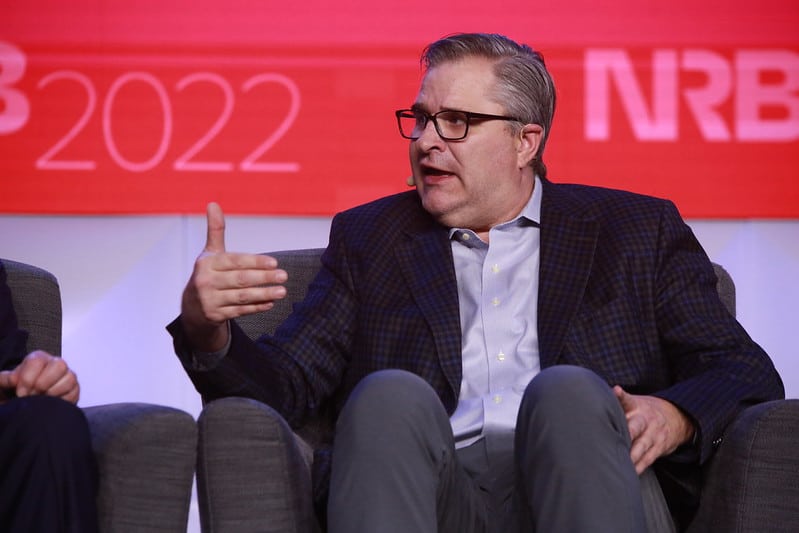 A lively Thursday morning panel at NRB 2022 discussed challenges and potential solutions to the problem of deplatforming—stifling, censoring, or otherwise obstructing the Christian viewpoint in media.

The “Deplatforming” forum was moderated by Tony Perkins, president and CEO of the Family Research Council. Panelists included Christopher Dolan, president and executive editor of the Washington Times, Dennis Prager, founder of Prager U and Salem Radio Network Affiliate, and Heather Wilson and Jacob Wells, co-founders of GiveSendGo, an alternative crowdfunding platform with an emphasis on charitable and faith-based causes.

The conversation began with panelists discussing the challenge of adapting to the growing intolerance reported by Christian and conservative media voices, which one panelist called “outright rejection” of the message.

A poll of the audience indicated that 92 percent considered deplatforming to be a “very serious” issue and eight percent found it to be a “somewhat serious” issue. No audience members found it to be “not very” or “not at all” serious. A later poll also found that 40 percent of those in the audience had encountered or become aware of multiple deplatforming instances and 30 percent had experienced it within their own company or ministry.

The problem being encountered is “access to the on ramp,” said Perkins. Dolan, meanwhile, discussed the impact of losing viewers, income, and ratings when Google and other social media platforms bury or censor stories from conservative media sources.

Heather Wilson and Jacob Wells shared that their fundraising platform, GiveSendGo, by design, not only supports charitable causes, but assists those whose rights as Christians or conservatives have been hindered or unjustly denied.

Prager challenged groups that face deplatforming to “come out of the closet” and let their concerns be known. “Right now, every single institution in America is being subverted, including the medical field,” Prager said. “We are not asking you to storm Normandy, just come out of the closet.”

The founders of GiveSendGo urged the audience to remain grounded in the belief that “there is a God who gives wisdom” on what to do and how to overcome these challenges.

“We need wisdom. So often we act on our gut instinct. The Apostle Paul was ‘deplatformed’ when he was kicked out of the temple, but that did not stop him. He spoke in prisons. He spoke on a boat,” Wilson said. “If God called us to do what He called us to do, He promised wisdom, so we do not need to walk in fear.”