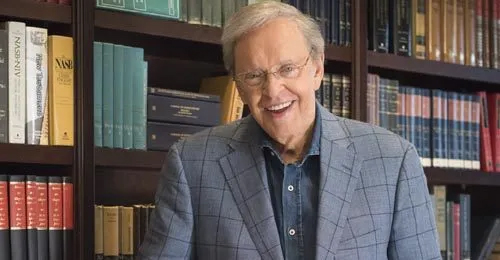 Charles Stanley to Speak at Proclaim 19 Convention in Anaheim

Dr. Charles F. Stanley, founder & president of In Touch Ministries and senior pastor of First Baptist Church Atlanta, will speak during Proclaim 19, the NRB International Christian Media Convention that will be held March 26-29, 2019, in Anaheim, California.

“We are thrilled to have Dr. Stanley join us for Proclaim 19 in Anaheim as we celebrate the 75th anniversary of National Religious Broadcasters,” said Dr. Jerry A. Johnson, president & CEO of NRB. “His faithfulness to God’s Word and his Christ-centered, Bible-based preaching has inspired so many. Convention attendees will be blessed to hear from him.”

Stanley’s teaching is transmitted throughout the world to millions of people in every nation on earth via radio and television broadcasts, podcasts, the handheld In Touch Ministries Messenger, In Touch Apps, and on the web. In the United States, the In Touch television program is seen on 204 stations and seven satellite networks. The In Touch radio program is heard on 458 stations and via shortwave radio.

Globally, In Touch programs are seen and heard on more than 2,600 radio and television outlets in more than 50 languages. The ministry, which is a Silver Sponsor for Proclaim 19, also continues to produce audio- and videotapes, CDs, DVDs, pamphlets, books and an award-winning daily devotional magazine, In Touch.

In 1988, Stanley was inducted into the National Religious Broadcasters Hall of Fame for the consistent excellence of his broadcast and leadership in the realm of Christian television and radio. Recently, Thomas Nelson Publishing recognized Stanley for selling more than 3.5 million copies of his books. Stanley has also served two terms as president of the Southern Baptist Convention.

The emcees of the Convention will be twin brothers, authors, and entrepreneurs David and Jason Benham.

Proclaim 19 will take place March 26-29, 2019, at the Anaheim Convention Center, while NRB’s award-winning Exposition – featuring around 200 exhibitors – will be open March 27-29. The annual Convention is the largest nationally and internationally recognized event dedicated solely to assisting those in the field of Christian communications.