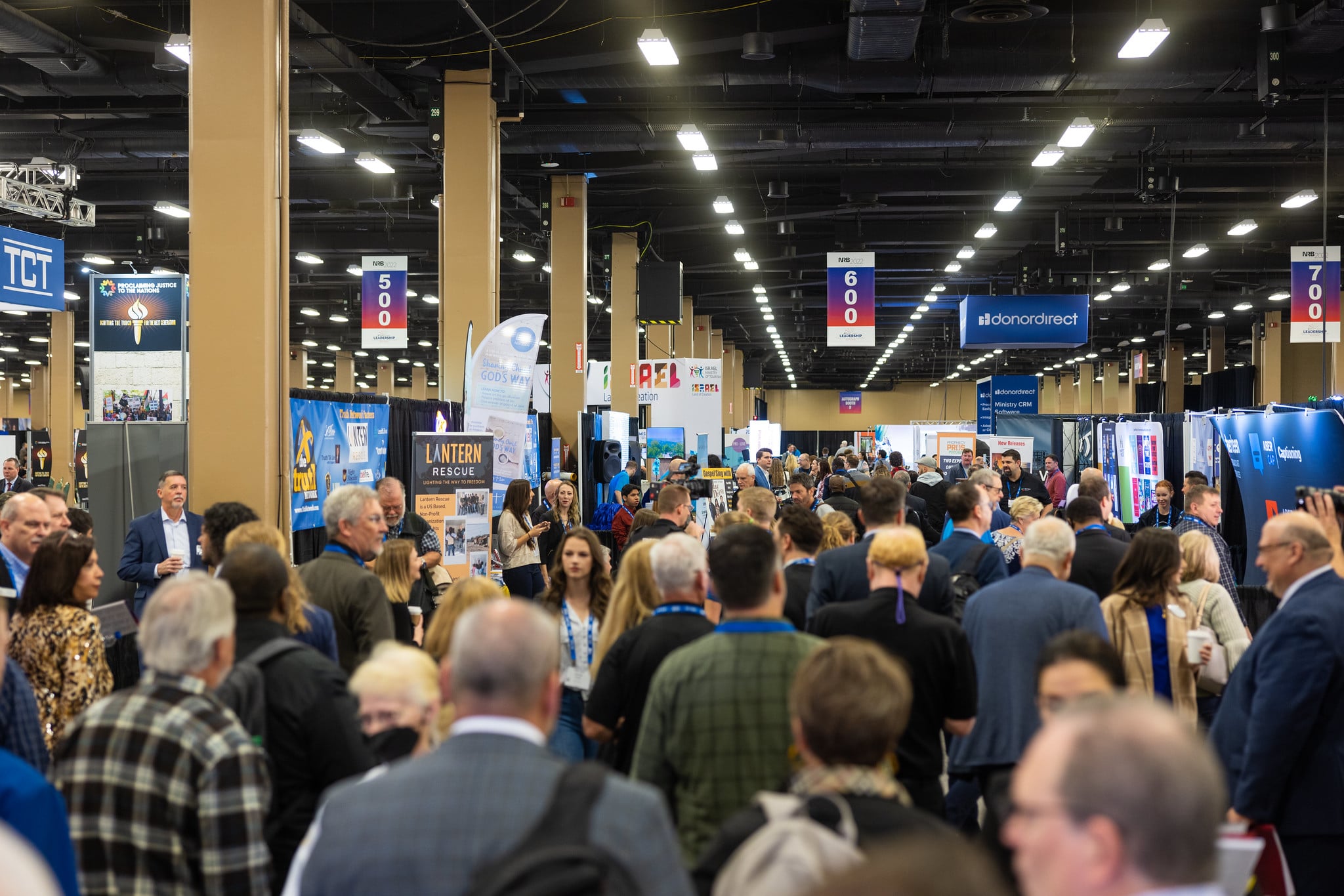 From March 8-11, 2022, the NRB Christian Media Convention in Nashville, Tennessee, was the premier venue for networking, learning, broadcasting, interviewing, and forging partnerships among 3,400+ Christian communicators.

With 90+ speakers, 170+ exhibitors, and over 31,000 square feet of exhibit space, the high-energy annual convention was one of the largest NRB gatherings of the past decade.

The NRB program kicked off with an opening session featuring Fox News Chief Religion Correspondent Lauren Green. Reminding Christian communicators of their key mission, Green stated, “The goal here is not to win the argument but to win people to Christ.” She also encouraged the audience by saying, “NRB is just that, a light in the darkness, and I want to thank you all for sharing the truth in love.”

Opening session keynote speaker Michael Youssef, PhD, president of Leading The Way with Dr. Michael Youssef, illuminated the vitality of preaching the “uncompromised message that salvation is through faith alone and in Christ alone.” He powerfully urged Christians to, “shake off discouragement, shake off the desire to be accepted by the evil culture, shake off fear of criticism,” and to remember that, “if they criticized the King of glory–who are we to not be criticized?”

A.R. Bernard, founding senior pastor of the Christian Culture Center, Brooklyn, New York, gave the second keynote address at the NRB 2022 opening session. Speaking on the many images that the world portrays of Jesus through cultural agendas, ideologies, and politics, Bernard stated, “The culture is trying to make Jesus relevant as if He wasn’t already––yet that is where He met me back in 1975… at the intersection of faith and culture.”

“The culture thinks they can out-love God by being compassionate and lenient towards unbiblical views. I cannot out-love God. The most loving thing I can do is agree with God,” said Stuckey, observing that faithfulness to biblical values is necessary even when it goes against the culture. “When you see someone stand up for something unpopular, instead of saying ‘whew, I’m glad I didn’t say it,’ perhaps we should share the arrows.”

“The media is at war with people of the faith,” Ruddy weighed in.

Tony Perkins, president and CEO of the Family Research Council, moderated a panel discussing deplatforming with Christopher Dolan, president and executive editor of The Washington Times, Dennis Prager, founder of Prager U and Salem Radio Network Affiliate, and Heather Wilson and Jacob Wells, co-founders of GiveSendGo. Panelists discussed the challenges and possible solutions to the issues of deplatforming, censorship, and demobilization of Christian and conservative media, communications, and tech.

“They win when you feel alone. It’s a battle for our children’s future, our future, and the soul of our nation,” said Dorr. “There is an orchestrated effort to shut us down by mobilizing censorship, and censorship is all our young people know.”

Billy Hallowell, journalist and author, moderated a panel on the topic of the attack on the Christian worldview. Hallowell was joined by Jeff Myers, president of Summit Ministries, Isabel Brown, Turning Point USA contributor, Ryan Dobson, host of the REBEL Parent Podcast, and Rick Green, founder of Patriot Academy. The panelists discussed navigating cancel culture and the perils of social pandemonium.

“We think it’s our job to save biblical truth, but we can’t do that because only God can,” said Brown. “Our job is to just get up every day and teach the truth of the gospel.”

Speaking on joy amidst adversity at the NRB 2022 worship service, Dr. Robert Jeffress, Pastor of First Baptist Dallas and Founder of Pathway to Victory, said “Remember, people are watching you to see if you have the courage to stand for the faith and when you stand it encourages others as well.”

In addition to main stage forums and featured sessions, the NRB 2022 Exhibit Hall highlighted 170+ exhibitors with over 31,000 square feet of exhibit space. The Expo Hall was open Wednesday through Friday of convention and featured numerous talks and workshops.

This year’s Breakfast to Honor Israel highlighted the issue of combatting antisemitism following the NRB Board of Directors’ approval of a resolution underscoring NRB’s commitment to fighting this form of hatred. The sold-out event featured special performances by recording artists The Isaacs and keynote remarks from Johnnie Moore, founder and CEO of the Kairos Company and president of The Congress of Christian Leaders.

The final morning of convention featured a fireside chat with Sadie Robertson Huff and Julia Jeffress Sadler on the topic of reaching the younger generation with digital media.

“You would be amazed at how many Gospel conversations I’ve been able to have about Jesus over Instagram DMs,” Huff said when illustrating the importance of having a genuine presence on social media. “Be authentic to you, the ministry and voice God has given you,” said Huff. “It’s so refreshing when someone is real and there is conviction and authenticity behind their words.”

The final forum of the week featured Charlie Kirk, founder and president of Turning Point USA. Kirk spoke on the duty of the Church to act as the last firewall to freedom.

“The American church is going to determine the ultimate welfare of our nation,” said Kirk. “Will we activate a revival?”

Ken Ham, CEO of Answers in Genesis, gave one of the keynote addresses at the gala, contending that the answers to our culture’s biggest questions lie in Genesis and urging Christian communicators to ground their messages in biblical foundations.

“We need to be raising up generations with the right foundations starting with Genesis 1-11,” Ham said. We must raise up a generation “who know what they believe, and why, who are equipped with answers to defend the Christian faith, who understand the battle, and go out there and contend for the faith by being bold and proclaiming the Gospel of Jesus Christ.”

Closing the curtain on NRB 2022 with gratitude and enthusiasm for the days ahead, NRB CEO Troy Miller said, “I love the people of NRB.” Miller added that NRB is more than an event––it represents the body of Christ. “I love to see you every year and to hear about what God is doing in your life and your ministry. It’s encouraging to know God is at work out there, to know we all struggle, to know we are not in it alone. I love knowing there are so many organizations serving the Gospel and the glory of God.”

NRB thanks each and every one of the sponsors, speakers, attendees, volunteers, and exhibitors who made the 2022 Christian Media Convention such a success. Learn more about the sponsors who made NRB 2022 possible, including Pathway to Victory, Pure Flix, Radiant + Notion Digital, DonorDirect, and many more, here.

Mark your calendars for NRB 2023 in Orlando, Florida, at the Orlando World Center Marriott on May 22-25, 2023—and watch for communications from NRB on registration, 2023 sponsorship opportunities, and more!