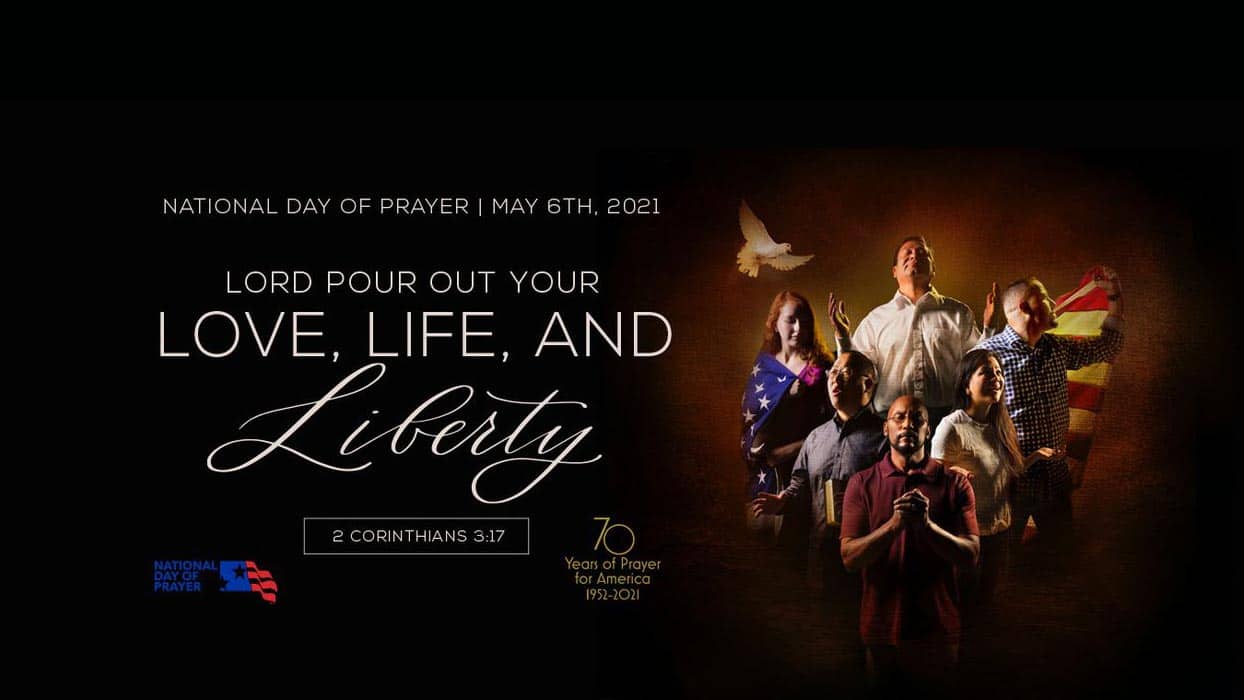 Today is the 70th annual National Day of Prayer in the United States, and events are being held across the nation as people pray for God to pour out his love, life, and liberty.

In February 1952, Reverend Billy Graham stood on the capitol steps and called for Congress and the president to establish a day of prayer for the nation. By April of that year, President Truman signed the legislation making it into public law. Since that time, every president of the United States has proclaimed a National Day of Prayer.

This year there will be a National Broadcast event hosted by NRB member Andrew Palau and Kathy Branzell, President of the National Day of Prayer Task Force, along with music by Shane and Shane. The event will take place today, May 6, at 8 p.m. ET. Guests will include NRB member Tony Evans, President of The Urban Alternative, Greg Laurie, Will Ford, Matt Lockett, T.D. Jakes, Anne Graham Lotz, Jack Graham, and Ronnie Floyd.

The goal of this event is that people will “gather” as a nation around televisions, radios, phones, and computers across the nation to pray for the United States.

This year’s theme, “LORD pour out your love, life, and liberty,” comes from 2 Corinthians 3:17 NKJV, “Now the Lord is the Spirit, and where the Spirit of the Lord is, there is liberty.”

“It is our prayer today and throughout 2021 that the Spirit of the Lord would pour out and pour through us across America,” Branzell said. “We pray to see the Lord fill our lives, families, churches, workplace, education, military, government, arts, entertainment and media, with Biblical, not cultural, not worldly, but Spirit-empowered, Spirit-filled LOVE, LIFE and LIBERTY as designed and defined by our Creator and Savior.”

Alongside the National Day of Prayer, NRB member Focus on the Family is releasing a new documentary titled “Ronald Reagan: Man of Faith.” It’s a story of faith, family and a divine plan that brought a president and a pope together to end the Cold War. This documentary will release this evening at 8 p.m. ET.

For more information about the National Day of Prayer and to find events near you, visit nationaldayofprayer.org. You can find a live stream of tonight’s event here.

You can also pray along through the broadcast with any of the partner TV and radio stations for this event including NRBTV, Bott Radio Network, and Salem Media Group.