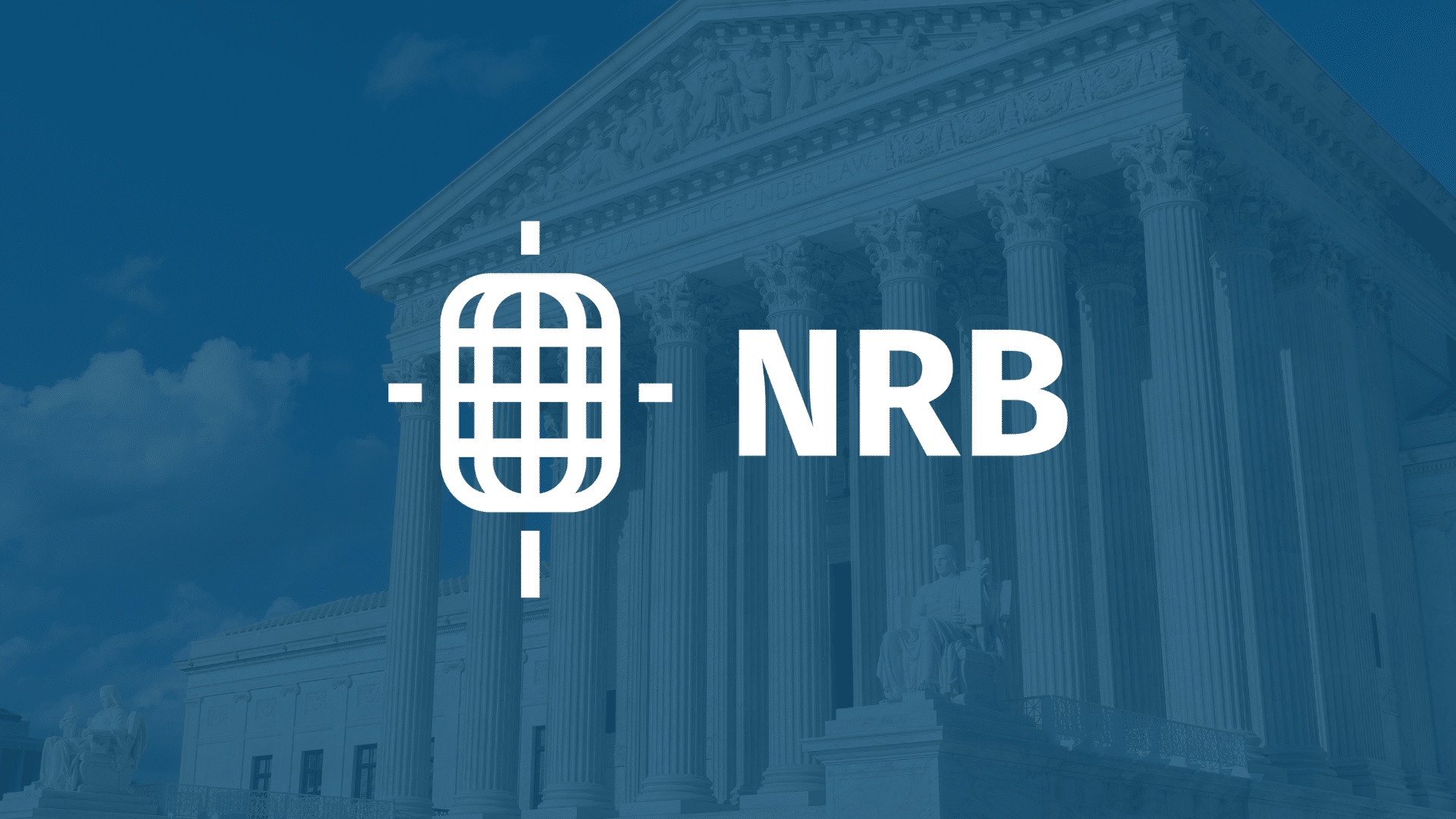 WHAT THEY ARE SAYING: NRB Members Weigh In On Historic Dobbs v. Jackson Supreme Court Decision

“Today’s decision is a great victory for sanctity of life on the federal level. We stand with our members who are on the frontlines of this battle as they pursue laws and reforms at the state level that protect and value life,” said NRB CEO Troy A. Miller. “We continue to ask for God’s protection on all Supreme Court justices as they continue in their public service.”

NRB members throughout advocacy, ministry, and Christian communications issued statements in response to the Court’s decision.

MICHAEL FARRIS, ALLIANCE DEFENDING FREEDOM: “It is rare to see any governmental entity limit its own power. But this is one of those rare moments that should be cherished by all who love freedom and democracy. The Supreme Court acknowledged that it improperly seized the power of the people and their legislatures half a century ago. Now it has relinquished that power and given it back to the people. That’s a marvel worth celebrating.” Read full article here and ADF statement here.

STAR PARKER, CENTER FOR URBAN RENEWAL AND EDUCATION: “The elite see children as a burden. It is the poor who see children as hope. Hope for a better future than they had themselves. The elite have tried to eliminate poor people, telling them that they don’t need to have kids. ‘A dark day?’ Not for us. Not for millions of lives yet to be born. Today’s a new day. We’ve turned the lights on. Life is alive. As we praise the U.S. Supreme Court’s historic overturning of Roe v. Wade, it is the future, and all of the lives that now will be lived, that we celebrate today.” Read full statement here.

BRAD DACUS, PACIFIC JUSTICE INSTITUTE: “This is a landmark day for Americans across this great country for the defense of those who cannot defend themselves. For over 25 years, PJI has stood strong in defending the lives of the pre-born and upholding the sanctity of life, both in and out of court. Under God’s direction, this is a pivotal reason why I founded PJI. This Supreme Court decision will send reverberations across the country and allow states to further protect life. With our unique positioning of offices in states across the country, we stand ready to work to assist legislatures to take full advantage of this historic decision.” Read full statement here.

DR. TONY EVANS, THE URBAN ALTERNATIVE: “I join with the countless voices heard today, as well as those yet to be heard someday—those who will now have the opportunity to do so through the gift of life, in giving God the glory for His sovereign hand in this historical decision by our Supreme Court. Christians everywhere ought to humbly celebrate this decision to overturn the 1973 ruling of Roe v. Wade. This decision removes the federal constitutional right to an abortion and returns abortion laws to the states, some of which plan to restrict or ban abortion altogether.” Read full statement here.

TIM WILDMON, AMERICAN FAMILY ASSOCIATION: “The American Family Association has stood for the sanctity of life since its founding in 1977 and to see Roe v. Wade overturned is profoundly moving. Life begins at conception and must be protected. The week Dobbs was argued was an extremely encouraging one for those who view human life as sacred and worthy of protection from conception through natural expiration. We are praising God that the Supreme Court has overturned Roe v. Wade and is sending abortion regulation back to each respective state. AFA will continue to fight to ensure each state abolishes abortion.” Read full statement here.

JIM DALY, FOCUS ON THE FAMILY: “This is a day to give thanks to God. It’s also a day to give thanks to the tens of millions who have marched in the snow and cold on the anniversary of Roe these last fifty years as faithful witnesses to the value of human life. It’s a day, as well, to give thanks to those who have committed their lives and their resources to serving mothers and protecting innocent children. We remain dedicated to fostering and furthering a culture of life, which recognizes the dignity of each and every person. This should not be a political cause of only a few – but the cause of all who care about and support the preservation and protection of human rights.” Read full statement here.

BRAD MATTES, LIFE ISSUES INSTITUTE: “At long last Roe has been relegated to the ash heap of history where it belongs. The horrors abortion has inflicted upon our nation are incalculable. Roe will be regarded as one of the most unjust and inhumane Supreme Court rulings in our nation’s history. Contrary to the beliefs of many Americans, Roe’s demise does not automatically end abortion throughout the United States. It returns authority to duly elected state legislatures to pass protective common-sense legislation supported by the majority.” Read full statement here.

ABBY JOHNSON, PROLOVE MINISTRIES: “The Court not only overturned Roe but flat out rejected the argument that women need abortion to achieve their dreams, have the careers they want, and ultimately deny their femininity. This is a decision that pro-lifers have long awaited and I am so humbled to have been a part of that fight for the last thirteen years since walking away from Planned Parenthood. Polls say that the majority of Americans want Roe to stand but the majority of Americans have not worked in abortion clinics and have not seen firsthand the utter destruction that the physical act of abortion causes on the unborn baby and the mother but the immediate aftermath of the decision on the woman. The recovery room in abortion clinics is quite possibly the saddest place on Earth. And women don’t deserve that. They deserve better than abortion and that’s what my own ministries have been working towards for many years and will continue to do so now that the fight over abortion is moving to the states – instead of one fight, we now have 50. But there is nothing greater to fight for than the lives of the innocent.”

FRANKLIN GRAHAM, BILLY GRAHAM EVANGELISTIC ASSOCIATION: “The United States Supreme Court just announced one of the most significant rulings in my lifetime—officially voting to overturn the 1973 Roe v. Wade decision because it was ‘egregiously wrong from the start,’ as stated by Justice Samuel Alito. The radical left is calling for a ‘night of rage,’ pregnancy centers are already being vandalized and attacked, and our U.S. Supreme Court justices are being targeted with threats and intimidation. Roe v. Wade, passed 49 years ago, has resulted in the deaths of over 63 million innocent children in this country. Sadly, this decision is not an end to abortion—it pushes the battle back to the states. My prayer is that every state will enact protections for children in the womb and that our nation will value life and recognize the rights of our most vulnerable.”

DR. JAMES DOBSON, FAMILY TALK: “Roe was built on a lie that somewhere hidden in our Constitution there existed a right to destroy children in the womb. The ruling in 1973 shocked the nation and divided the country. It was an exercise in raw judicial power. History will judge it as one of the court’s most shameful moments. But now the court has corrected its mistake. Roe is dead, and, as a result, millions of innocent babies will have a chance to live and be welcomed into the world and protected by the promises of our Constitution and Declaration of Independence.” Read full statement here.

KEN HAM, ANSWERS IN GENESIS: “The court’s momentous decision, while it doesn’t outlaw abortion, has given Christians a timely teaching moment as each state will now be considering its own laws regarding abortion. This is an opportunity to present the powerful message that from both a biblical and scientific perspective, life begins at the moment of fertilization. Abortion destroys a human being, someone who is ‘fearfully and wonderfully made’ (Psalm 139:14) and created in the image of God. It is murder—a child sacrifice to the ‘god of self.’ As we show in a powerful pro-life exhibit in our Creation Museum, being pro-abortion is often the outgrowth of accepting an evolutionary philosophy, one that believes humans are merely animals in the process of evolution and they can be discarded like spare animals that are euthanized in animal shelters. As all 50 states now consider their own laws on abortion, education on this vital issue is needed now more than ever.”

REV. ROBERT J. PACIENZA, D. JAMES KENNEDY MINISTRIES: “Roe’s demise opens the door to resolve the abortion debate within the states via the democratic process—through elections and laws. But just like slavery divided our nation 160 years ago, America will soon be torn between pro-abortion and pro-life states. Our national debate over abortion is anything but over. Followers of Jesus—especially churches—must now do everything they can to aid women considering abortion. That includes supporting pregnancy help centers and providing for the material needs of moms in need. At the same time, we must work to ensure every unborn child has the right, protected in law, to take his or her first breath.” Read full statement here.

JAY SEKULOW, AMERICAN CENTER FOR LAW AND JUSTICE: “For nearly 40 years, we have been on the frontlines in the fight for life.  Today, we celebrate the victory of the Supreme Court decision overturning Roe v. Wade – all while keeping our attention on the battles to come.”

MICHAEL YOUSSEF, LEADING THE WAY: “Regarding today’s SCOTUS decision, I’m thankful this Court respected the Constitution. In recent decisions regarding [the] 2nd Amendment, and now honoring the 10th Amendment, the basis has been the written words of the Constitution. Thankful for wisdom/foresight of the Founding Fathers.”

JIM BOLTHOUSE, THE PRESIDENTIAL PRAYER TEAM: “This landmark decision serves as a reminder that God answers prayers and He makes His light to shine upon us, even during the darkest times. We welcome this new era in our country’s humanity and prayerfully anticipate the day when every life is given the opportunity to live, thrive, and reach his or her full potential in this world. And we are thankful for the millions of prayer team members, churches, and other organizations who have diligently prayed (some for decades) for this decision.” Read full statement here.

If your organization issued a statement that you would like added to this list, please email presscenter@nrb.org.