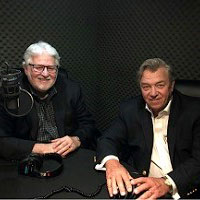 Veteran Broadcaster ‘Schooled’ By Zealous Sacrifice to Share the Gospel

After nearly five decades of serving in Christian radio, logging thousands of hours on the air, I’m getting an entirely new perspective on what Christian radio is doing around the world.

In the ‘70s, I was hosting music programs. In the ‘80s, I was on the air every day and involved with a team in building what was then called the Moody Broadcasting Network (now Moody Radio) into a large live-from-satellite programming service. For the next 20 years, I hosted talk shows, interviewed guests, and broadcast many live events. Today, as a freelancer, I host multiple syndicated Christian radio programs. It has been a dream career.

So, with that experience behind me, when I was asked to join the board of Far East Broadcasting Company (FEBC), I welcomed the opportunity, because I thought I could help those I perceived were struggling to creatively communicate the Gospel in their culture.

I’ve not traveled as extensively as some, but I have visited several countries where FEBC has radio stations. Places like Russia, the Philippines, Ukraine, and a couple of countries I’ll not name for security reasons.

The first lesson I learned is that these radio stations and internet programs are staffed by people from the communities they serve. They speak the language (sometimes more than one). They understand the culture far better than I ever will.  They are not merely re-voicing American radio programs, but translating them for the masses. They are creating their own Gospel-centered content matched to the needs of their audience.

For example, in Mongolia, where an emerging church is wrestling with so many issues, FEBC’s staff created a program aimed at protecting the unborn and titled it Unsung Lullaby. A powerful witness.

The second lesson I learned is that no amount of training can substitute for a person’s passion and call of God to serve. Of course, training has a place in developing any staff, including radio. Many who are on the air with FEBC are skilled, experienced hands at radio; others are new, but eager to learn. But regardless of their ability, day in and day out, when faced with multiple challenges, it’s the sense of God’s purpose in their life that keeps them on task.

Third, it was a great challenge for me to learn the level of sacrifice exhibited by radio staff. Some of them serve in places where the Gospel is unwelcomed.

I will always remember visiting FEBC’s radio station inside a church in Slavyansk, Ukraine. There, on Pentecost Sunday in 2014, the church was invaded by separatists who abducted and eventually murdered four young men who were serving the church and radio station.  They sacrificed their lives for the ministry and now, just a few short years later, FEBC radio is growing tremendously in Ukraine.

Another type of sacrifice is modeled by FEBC’s team in Thailand, which goes above and beyond. Not content to remain in a studio, they maintain an extensive follow-up ministry with listeners through phone calls, emails, texts, and visits to listeners’ homes. They also host frequent rallies where listeners and new believers can worship the Lord together and study the Bible.

Earlier, I admitted I was wrong in my attitude about how to best serve FEBC’s radio staff.

I now know these broadcasters to be dedicated, fully committed, personable, and involved in the lives of their listeners to a far greater degree than I ever have been.  Their creativity and zeal for communicating the Gospel in their culture is amazing—and humbling. Some of the best conversations I’ve had about different aspects of radio have been with my overseas colleagues.

What they need far more than me teaching them how we do radio in America is my encouragement, my prayers, and my unending and grateful support.

And they have it – until all have heard.

Wayne Shepherd is a veteran Christian broadcaster who serves on the board of the international missions organization Far East Broadcasting (FEBC). Wayne co-hosts FEBC Today radio broadcast with FEBC USA President Ed Cannon.  The radio program focuses on an area of the world, an engaging topic, and a dramatic reading of an indigenous listener’s letter, text or email.