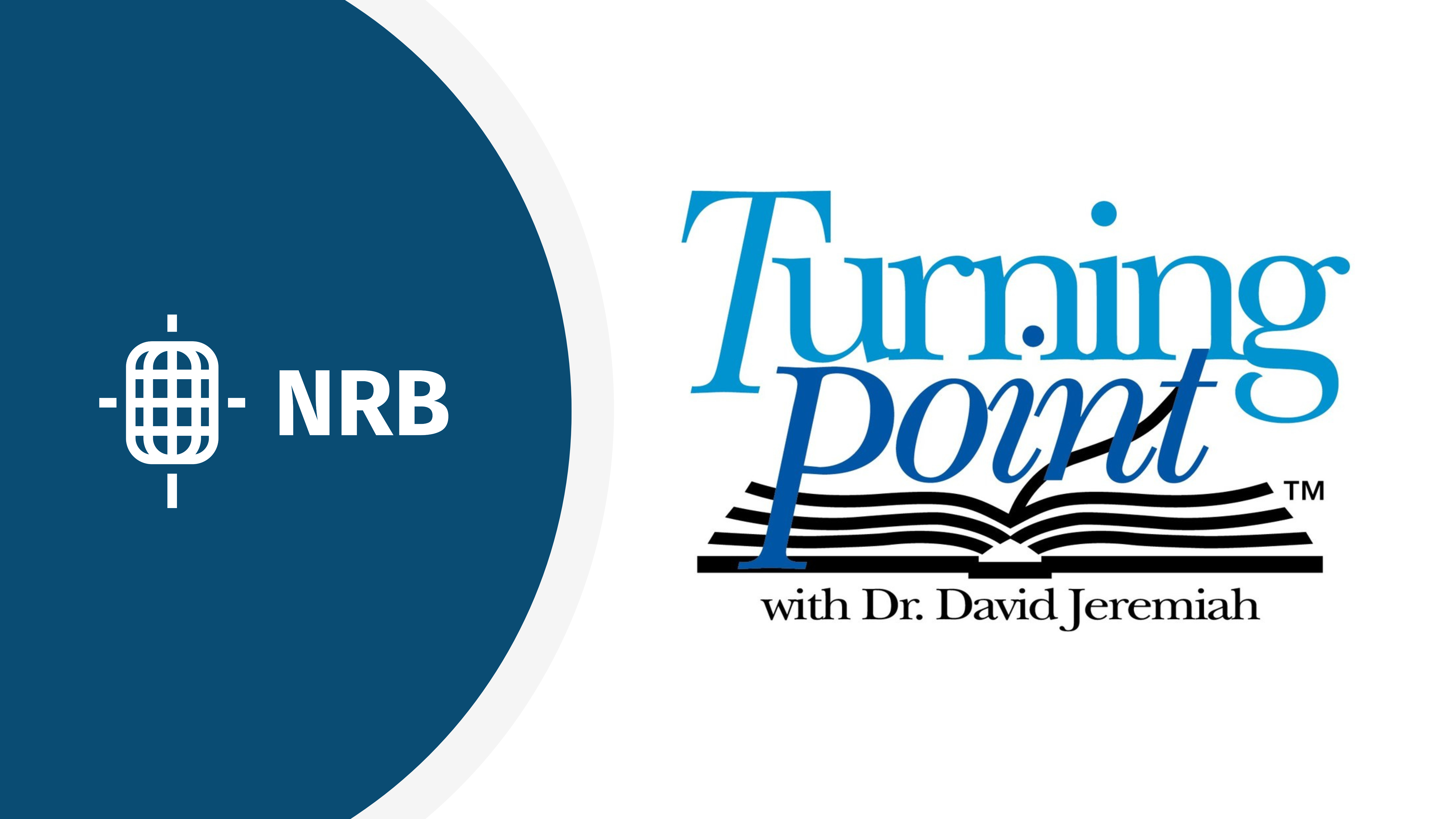 Founded in 1982, Dr. David Jeremiah’s Turning Point broadcast ministry is faithfully on a mission to “deliver the unchanging Word of God to an ever-changing world.”

From an early age, Jeremiah was immersed in ministry. His father, James T. Jeremiah, pastored Emmanuel Baptist Church, and later served as president of Cedarville College (later known as Cedarville University). In 1963, Jeremiah received his Bachelor of Arts from Cedarville and married his college sweetheart, Donna Thompson. Together they moved to Dallas, Texas, where Jeremiah earned his master’s degree in theology in 1967. In 1981, after completing graduate work at Grace Seminary, Jeremiah was granted a Doctor of Divinity from Cedarville College.

In 1982, Turning Point for God was launched as a local television program in San Diego featuring Jeremiah’s sermons from Scott Memorial Baptist Church––today known as Shadow Mountain Community Church. The multi-media ministry has grown exponentially over the years, expanding its evangelistic reach across borders. To this day, Turning Point touches the hearts and minds of listeners around the globe, reaching every state in America and six continents, with foreign language translations in ten different dialects.

Turning Point’s mission and vision statement expresses that “an emphasis on content—not causes, current events, or politics—is Turning Point’s trademark.” For the broadcast ministry, that means providing sound doctrine and expository preaching without bowing to extrabiblical political, social, or cultural influences or trends.

“We’ve dedicated ourselves to ‘Bible Strong’ content and teaching the whole counsel of God,” said Chief Creative Officer Paul Joiner, who has served with the ministry for thirty years. “And we address any topic that comes up in the Word of God.”

By refusing the distractions of the day, Joiner explained, Turning Point is able to focus on timeless biblical topics such as prayer, prophecy, and wisdom. Joiner expressed that the ministry grew exponentially when people began finding Dr. Jeremiah’s teachings and receiving the answers to their most common questions about the Bible: “What it says,” “what it means,” and “what it means for me.”

Joiner commended Jeremiah for his “unwavering determination” to stay true to the preaching of the Word of God, rather than jumping on the bandwagon of hot topics and causes.

“[Dr. Jeremiah] would say, ‘There are good Christian men and women who are focusing on those things. But that’s not what God called me to do—God calls me to teach the Word of God,’” said Joiner.

Turning Point aims to make their programming “compelling to all audiences” with high-quality visuals, production, and music. Turning Point has also launched programs to reach the next generation such as Airship Genesis for children and Passages for college students and young adults.

One of the largest syndicated Christian radio broadcasts in the nation, Turning Point’s 30-minute radio program reaches a worldwide audience of 480 million through nearly 2 million annual broadcasts. Turning Points Magazine & Devotional is delivered to over 300,000 homes monthly, and Turning Point’s mobile app has been downloaded more than 100 million times.

In addition to being founder and host of Turning Point Radio and Television Ministries, Jeremiah is the senior pastor of Shadow Mountain Community Church, one of the largest churches in San Diego with eight satellite locations. Jeremiah is also the prolific author of more than fifty books including “The Book of Signs,” “Forward,” and “Where Do We Go From Here?” He is a sought-after speaker with a vision and passion to provide Christians with sound Bible teaching across media platforms.
Turning Point has been an NRB member since 1983. Jeremiah and Turning Point have received numerous awards over the years, including the NRB President’s Award, the 2000 Radio Program of the Year, and the 2006 Radio Station Teaching Show of the Year. In 2020, Jeremiah was inducted into the NRB Hall of Fame, which is NRB’s most prestigious award “for invaluable contribution to the field of Christian communications, exhibition of the highest standards, and evidence of faithfulness to Christ.”