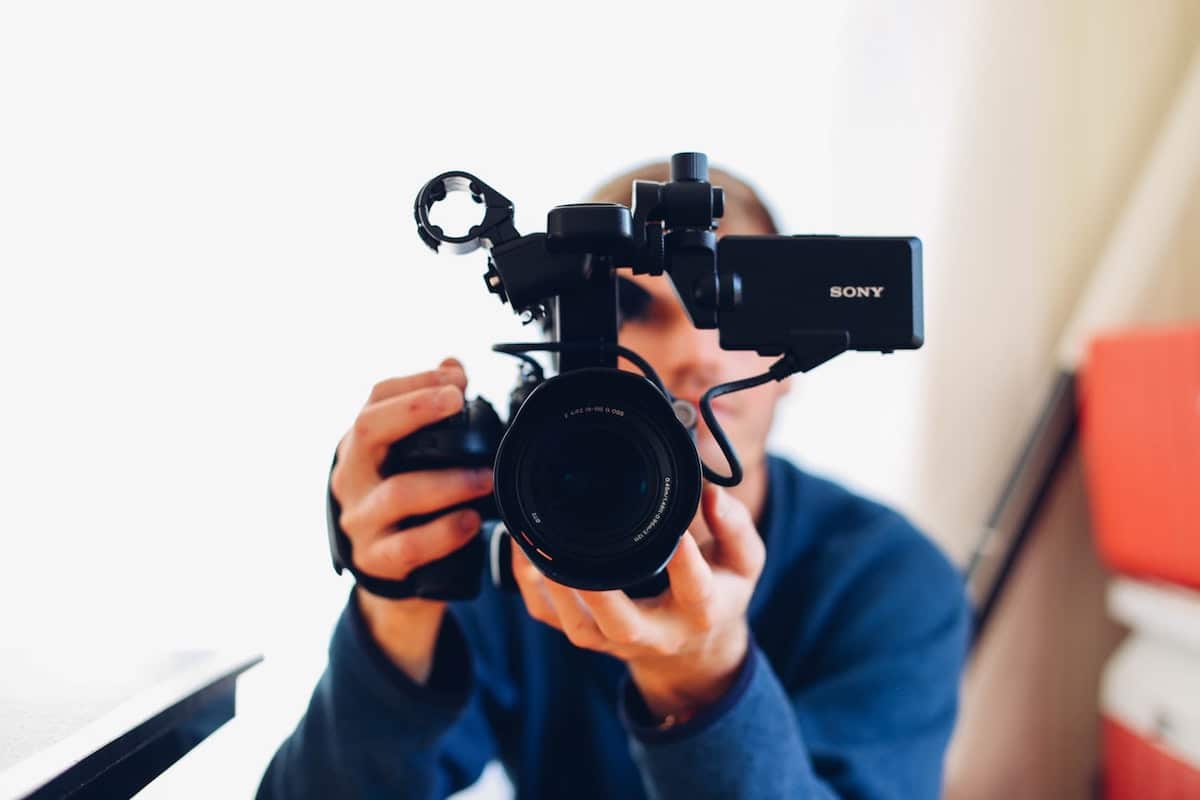 We are a visually-driven generation, but then again, we’ve always been. Filmmaker Frank Darabont (Shawshank Redemption) says: “Visual storytelling of one kind or another has been around since cavemen were drawing on the walls.” Today, toddlers have iPads and play with cameras. We grow up with cameras in our phones, and people document every aspect of their lives. Just as important, more and more creative people are opting for a career in photography or filmmaking.

The fact that YouTube spends about $1 million a day expanding their server space to accommodate all the videos being uploaded confirms the fact that millions are making short films these days. But how can you increase your ability to see what others don’t? How can you capture more compelling shots? Here’s three important keys to “seeing” at a higher level:

1) Watch TV or movies with the sound turned off. As a young TV director, my mentor suggested this and it made a huge difference for me. With the sound turned off you don’t get into the story, and you start focusing on the shots. Framing, composition, sequence, editing – how it builds the scene. Try it. If you can record the movie or TV program it’s even better because you can play it back again and again. The only condition here is to be sure you’re watching something that was very well directed and captured.

2) Slow down. In today’s distracted culture, we RUSH everything, and as a result, we MISS everything. Slow down. Really look at the people you pass on the street. Notice how the sun hits the side of a building at sunset. Watch people’s behavior at check-out lines. Start to notice, then start thinking about how to recreate those scenes.

3) Experience life. Most directors today don’t know anything about life because they spend it in front of screens. They haven’t traveled, haven’t experienced difficult jobs, and haven’t been in challenging situations. Go on a short term missions program, hike through Europe, take boxing lessons, or start a conversation with a homeless person. Work at a Salvation Army food distribution center. Spend time with the disabled. Visit a museum. Get out of the rut. What you experience will transform the way you look at things.

Filmmaking legend Werner Herzog, in his wonderful book “A Guide for the Perplexed” puts it this way: “The best advice I can offer to those heading into the world of film is not to wait for the system to finance your projects and for others to decide your fate. If you can’t afford to make a million-dollar film, raise $10,000 and produce it yourself. That’s all you need to make a feature film these days. Beware of useless, bottom-rung secretarial jobs in film-production companies. Instead, so long as you are able-bodied, head out to where the real world is. Roll up your sleeves and work as a bouncer in a sex club or a warden in a lunatic asylum or a machine operator in a slaughterhouse. Drive a taxi for six months and you’ll have enough money to make a film. Walk on foot, learn languages and a craft or trade that has nothing to do with cinema. Filmmaking — like great literature — must have experience of life at its foundation. Read Conrad or Hemingway and you can tell how much real life is in those books. A lot of what you see in my films isn’t invention; it’s very much life itself, my own life. If you have an image in your head, hold on to it because — as remote as it might seem — at some point you might be able to use it in a film. I have always sought to transform my own experiences and fantasies into cinema.”

Everyone looks, but few really see. The greatest directors understand the power of a compelling image and how it can impact people. It’s never too early to start.