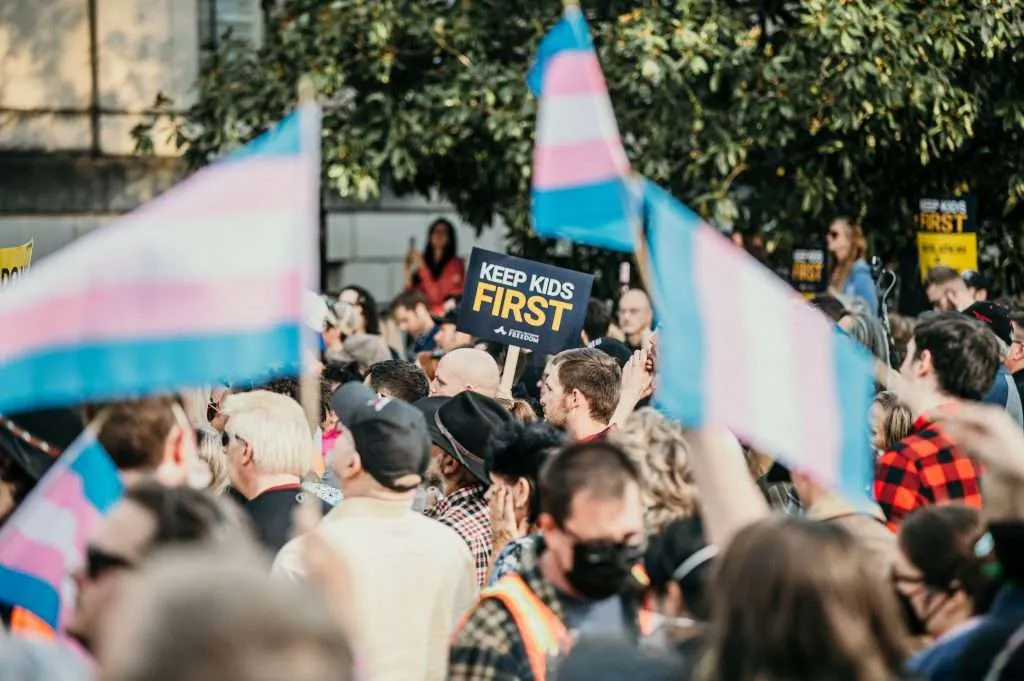 One month after conservative commentator Matt Walsh sounded the alarm on Vanderbilt University Medical Center’s (VUMC) profit-driven zeal for so-called “gender-affirming” healthcare, thousands of concerned citizens gathered at the War Memorial Plaza in downtown Nashville for the “Rally to End Child Mutilation,” hosted by Walsh and the Daily Wire on October 21, 2022.

“We are here to fulfill one of the most fundamental obligations as humans, and that is to protect our children,” said Walsh in his opening comments.

The assembly of speakers called on the state of Tennessee and the entire nation to put an end to destructive, activist-led evils such as using puberty blockers, cross-sex hormones, and radical surgeries on physically healthy pediatric patients. In revealing the horrors of “gender transition” surgeries, several speakers reiterated that medical facilities, such as VUMC, are damaging and altering the lives of vulnerable youth with so-called “gender-affirming care.”

A gathering of counter-protesters and members of various activist groups crowded the Nashville legislative plaza. Some protesters shouted through megaphones and raised graphic signage, attempting to block rallygoers from seeing or hearing the speakers. While metropolitan police and state troopers managed the movements of the crowd, some participants on all sides engaged in aggressive verbal clashes.

“Alliance Defending Freedom is here because we care about kids, and we want to keep kids first,” said Kiefer, a religious freedom attorney who is known for her female athlete and Title IX advocacy, to Friday’s rally audience. “It’s really been disheartening and troubling to see children being pushed towards life-altering puberty blockers, cross-sex hormones and irreversible surgeries that would really mark them for life.”

In a one-on-one interview, Kiefer urged Christian communicators to speak out on transgender issues with grace and truth.

“Human flourishing is at stake here,” Kiefer said. “We have a great political experiment that is being pushed by ideologues, activists, and a multi-million-dollar industry.”

“We need to speak with grace as we recognize that we have children who are struggling and feeling lost and confused about their bodies,” Kiefer added. “They need compassion and support, but what they don’t need is to be told that they can become the opposite sex. We know a boy can never be a girl, and a girl can never be a boy. We need to speak truth to our children, and we need to help and protect them from this experimentation.”

In responding to Christians who may have absorbed the message that gender transition “care” for minors is compassionate, Kiefer said, “We have children who can’t consent to sign a contract, to vote, or to even get a tattoo, yet their doctors think that they can consent to these types of irreversible, permanent changes to their bodies. It is not compassionate to lie about the long-term ramifications of these procedures.”

Underscoring the importance of the divine design of life, Kiefer said, “True human flourishing is going to start with being at peace with the body that you have.”

“What’s at stake here is the sanctity of what it means to be a human being,” said Mark Meckler of Convention of States Action, an NRB member. “This rally was about the kids, and we must put pressure on the Tennessee legislature to protect our children.”

Meckler added, “As Christians, we tend to be very gentle with our messaging, but when kids are at stake, we have to be aggressive because if we don’t defend the kids, who will?”

In remarks, Sen. Blackburn described the truth behind VUMC’s transgender medical program as “appalling” and “shocking.” Walsh revealed that the Nashville transgender clinic chemically castrates and performs double mastectomies on minors, by the health system’s own admission. Walsh’s reporting also shed light on the true motive behind Vanderbilt’s leap onto the gender transitioning bandwagon: its money-making potential.

“We are all here today because of this information that Matt [Walsh] brought forward and showed what was taking place just down the street right here in Nashville and showing how the radical left is trying to put their woke agenda on every single family in this country,” Blackburn said.

For the thousands who gathered in War Memorial Plaza on Friday evening, the battle for child safety, parental rights, and integrity in healthcare is not merely ideological—it is tangible, close to home, and could not be more serious.