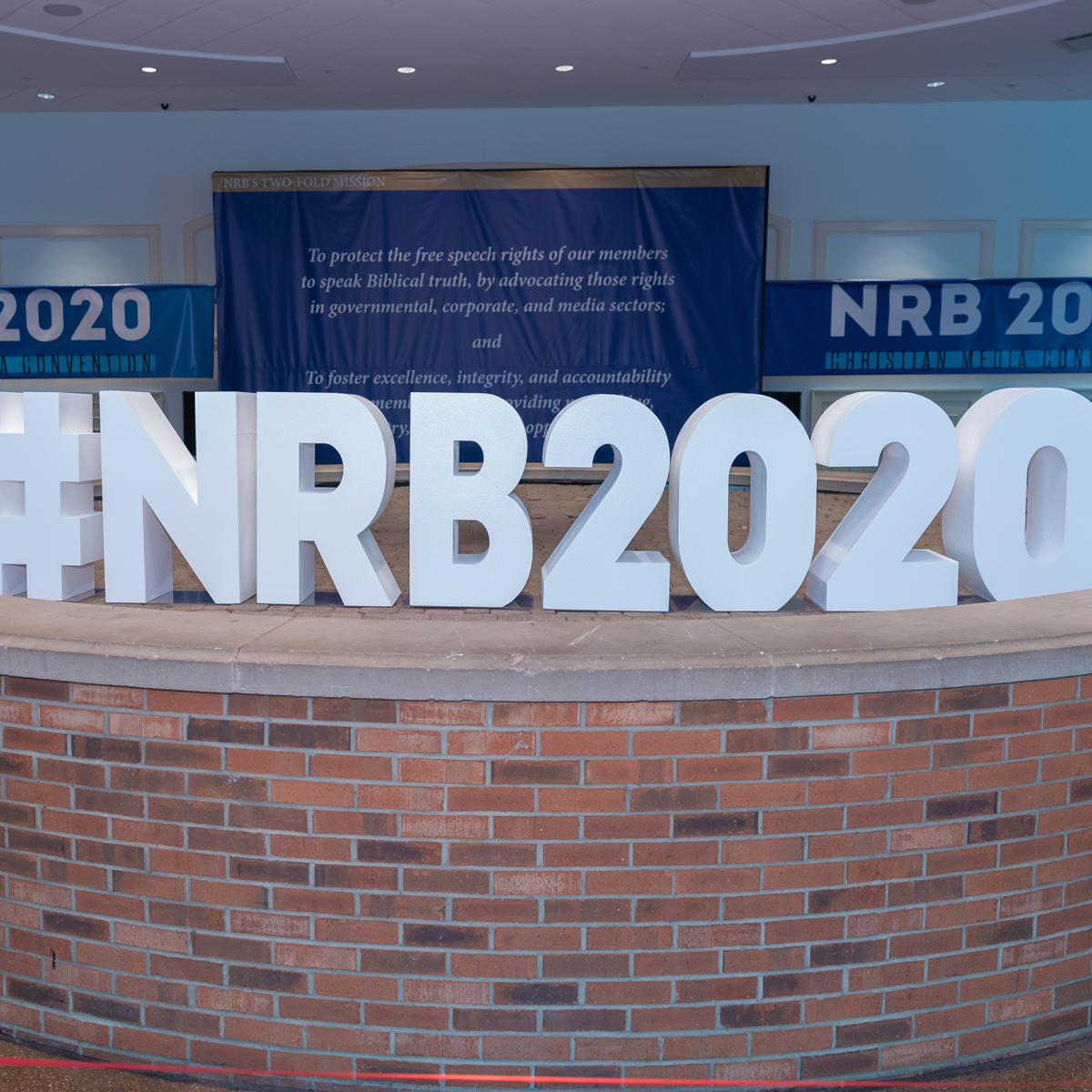 Christian communicators from across the nation and around the world gathered in Nashville, Tennessee, February 25-28 for the NRB 2020 Christian Media Convention.

Every year, the Convention draws a wide range of ministry and media professionals, including those in the radio, TV, digital, church media, film, publishing, marketing, music, and retail industries.

In addition to the strategic networking opportunities, Convention participants were in attendance to hear from among the more than 80 speakers, including ministry leaders such as Anne Graham Lotz and Andrew Brunson; government officials such as U.S. Attorney General William Barr, U.S Secretary of Education Betsy DeVos, and Sen. Marsha Blackburn; policy experts such as Gary Bauer, Jordan Sekulow, and Gov. Mike Huckabee; Hollywood professionals such as Kevin Sorbo and Ashley Bratcher; radio/podcast hosts such as Allie Stuckey and Carol Miller Swain; and many more.

“Thousands come to our Convention each year to find strategic connections; opportunities to draw attention to their work; and insights that will help them advance their mission, their organizations, and their careers,” commented Troy Miller, NRB’s Interim CEO.

NRB 2020 started off with the Great Commission Forum, featuring keynote speaker Andrew Brunson, who spent nearly two years in Turkish prisons before being released in October 2018 following a worldwide prayer movement and significant political pressure from the U.S. government.

Brunson reminded Convention attendees there is a price to following Jesus.

NRB Chairman of the Board Janet Parshall, in her address at the Convention’s Opening Session later that evening, similarly talked about the cost of being identified with Christ, and encouraged attendees to stand up amid a hostile culture.

“Share the life, death, burial, and resurrection of Jesus Christ with all of the creative powers that God has given you,” she said.

Wednesday morning, NRB hosted a breakfast to honor Israel, and featured Gary Bauer, a member of the U.S. Commission on International Religious Freedom, as the keynote speaker.

In his address, Bauer said anti-Semitism, an “ancient evil” that “never seems to fully go away,” is on the rise again.

Anti-Semitism, he said, shows up in more obvious forms such as skinheads and Nazi-enthusiasts with swastika tattoos. But he said his worry is over the anti-Semitism “that comes all dressed up.”

“You have people in powerful positions, people who went to all the right schools, who run the universities, who deliver us the news. The anti-Semitism is alive and well among those people,” he said.

Later in the morning, Convention attendees heard from U.S. Secretary of Education Betsy DeVos and Jordan Sekulow, Executive Director of the American Center for Law and Justice (ACLJ), who pointed to several religious liberty gains nationwide.

And Sekulow talked about how liberals can no longer count on the U.S. Court of Appeals for the Ninth Circuit to hand down the decisions they want as the President has named 10 judges to the Ninth Circuit.

Later in the day, U.S. Attorney General William Barr re-directed the focus back to the grassroots, commending members of the Christian media for their role in countering the effort to drive religion – “long an essential pillar of our society” – from the public square.

Barr recognized how NRB’s members “courageously affirm that entertainment and moral education are not mutually exclusive.”

On Thursday, Convention attendees heard from speakers including podcaster Allie Stuckey, “The Conservative Millennial,” who has talked with young people across the country through Instagram messages or emails or face to face on college campuses and found “that a lot of young people are very hungry … for the truth.”

“They see the superficial stuff on social media that says it’s all about them, and they want something else,” she said.

And the next morning, Sen. Marsha Blackburn (R.-Tenn.) and former Arkansas Gov. Mike Huckabee spoke of the vital role NRB plays in the communication of consequential issues of life and faith, and in the fight for religious freedom in America.

In addition to the networking and the speakers, another highlight of the Convention was the bustling Exposition, the world’s largest marketplace dedicated to Christian media and ministry professionals seeking to harness the power of electronic media to spread the Gospel. Showcasing their products and services were dozens of companies, ministries, and organizations, including broadcasters, nonprofits, educational institutions, publishers, media agencies, and broadcast equipment and software companies.

Other highlights included a film pitch-a-thon; a TV showcase; the screenings of The Scribe, Alaska Long Hunters, and Against the Tide; musical performances by artists including Keith & Kristyn Getty, Aaron Shust, Seth & Nirva; and presentation of NRB’s 2020 special service and media awards.

On Tuesday, recipients of the NRB Media Awards were recognized in the categories of Church Media, Digital Media, International, Radio, and Television.

Also honored during the Closing Gala was the late Dr. Lois Evans, who NRB Chairman Janet Parshall said “left an indelible mark on the life of this association” and “taught us what it was like to live gracefully” as she “touched the hearts of so many people.”

“When we’ve had our board meetings and our executive committee meetings and she wasn’t there, we sensed an absence because she was a giant,” Parshall said. “She filled a room. And when a giant steps out of a room, you note the absence.”

At the Closing Gala, Anne Graham Lotz concluded the Convention by reminding attendees of the seven aspects of the Holy Spirit found in John 16:5-15: the personhood, presence, power, precepts, purity, prayer, and priority of the Holy Spirit.

“Today in our politically correct culture, as we’re in this moral and spiritual free fall in our nation, it’s going to take Holy Spirit courage, boldness, and strength to stand against that tide and hold the line for the Gospel and the Word of God,” she said in talking about the Holy Spirit’s power.

NRB’s next Convention will take place March 15-18, 2021, at the Gaylord Texan Resort & Convention Center in Grapevine, Texas. Details will be available later this summer at nrbconvention.org.

This report was compiled by NRB Staff, with contributions by writers Erin Roach and Michael Smith.