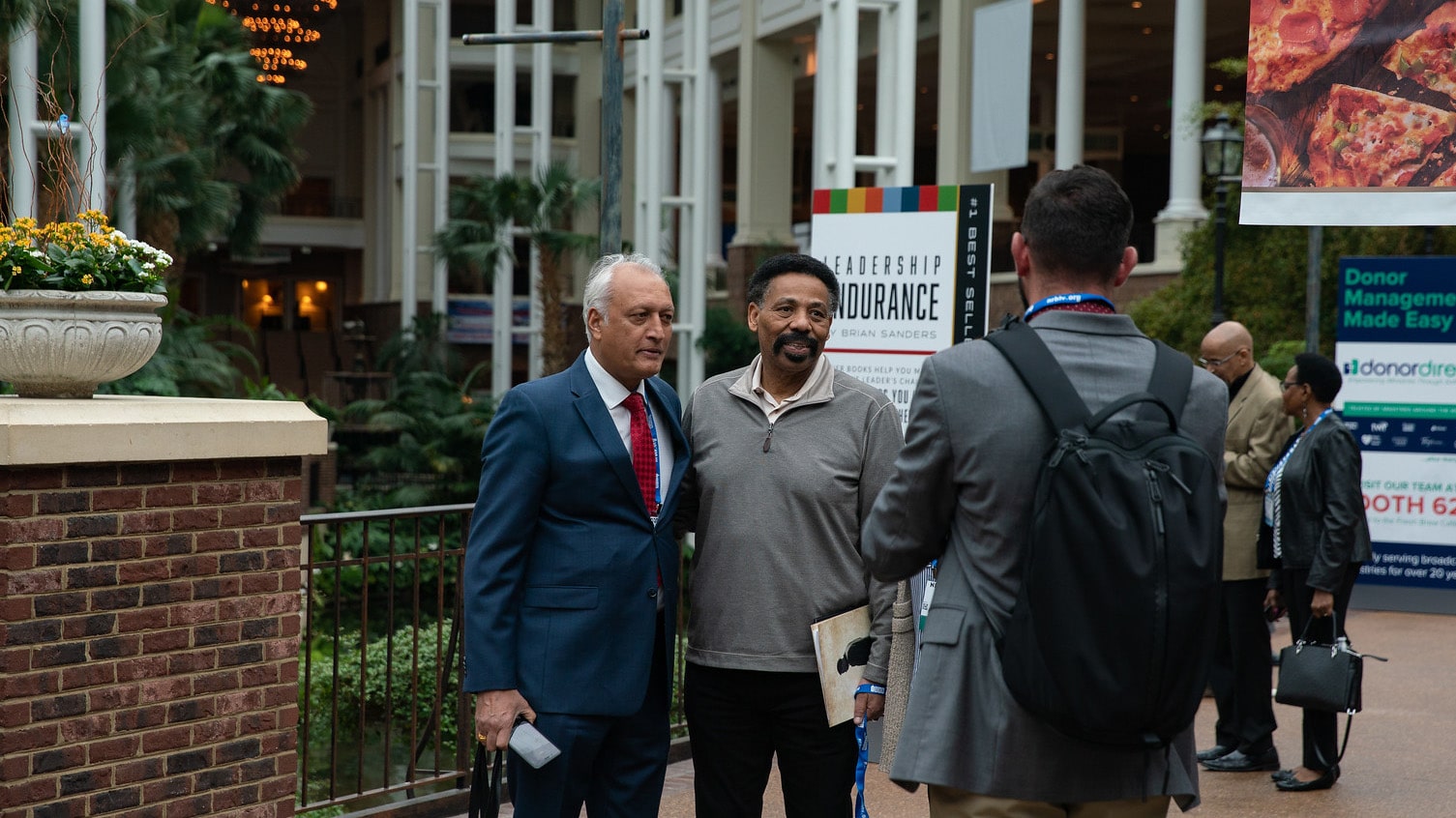 The Legacy Continues at NRB 2021

As NRB 2021 rapidly approaches and some are finalizing plans to attend their first NRB convention, many others are planning to return to this year’s convention just like they have for many years in the past.

Donald E. Palmer has been involved in religious television for 38 years beginning in 1982, as the producer of the religious television special, “How to Change Your Life,” co-hosted by Robert Stack and Della Reese, that won the prestigious Angel Award. He has spent the past 35 years as a program delivery consultant for major television ministries and has written five books.

Palmer has attended every NRB convention since 1985 in Washington, D.C.

“In these 35 years, I have been blessed to work as a program delivery consultant with many of the well-known television ministries,” Palmer said. “I look forward to seeing a few of them at our 2021 get together in Texas.”

Dr. Tony Evans, president of The Urban Alternative, has also been coming to the NRB Convention for over 35 years.

“Every year we come here because this is where we connect with radio stations, television stations, and publishers,” Evans said. “They all gather at this time once a year so that you can prepare for the next year.”

One of the most valuable benefits of attending NRB conventions is the opportunity to form lasting personal friendships and professional partnerships with fellow Christians. And NRB 2021 will be no different. As the world’s largest gathering of Christian communicators and ministry professionals, the NRB Christian Media Convention is where everyone gets together under one roof to talk about advancing the gospel.

“I have been going to NRB for many years and developed many friends and co-working partnerships there,” Michael Carnes, Media Consultant at Palette Productions said. “It is a place to see new equipment, hear new stories, and encourage each other in spreading the message of Jesus Christ through media.”

At NRB 2021, you’ll learn new skills and hear key industry insights from over 100 speakers. As you attend keynotes, panel discussions, and workshops with industry experts and Christian leaders, you’ll get practical advice on how to grow your ministry or organization, reach more people with your message, engage your audience effectively, and navigate censorship and free speech issues.

“I believe this year’s conference takes on significance like no other prior,” Alex Murashko, Founder of Media on Mission said.

Click here to explore the sessions available during this jam-packed, four-day event.

Whether this will be your first time attending a NRB convention or if you have been attending for decades, NRB 2021 is the premier conference for Christian communicators. If you work in radio, TV, film, church media, or digital marketing, the NRB Christian Media Convention is a can’t-miss event.

“My grandfather [Dr. Lester Sumrall], as a pioneer in Christian Broadcasting was a part of the National Religious Broadcasters for many decades. Just months before his passing, he received The Milestone Award from the NRB,” Lester Sumrall, President of LSI. “It’s an honor to reflect on this legacy connection and all the great memories, friends and working relationships that have developed over the years of attending NRB, in Tennessee, in Florida, and now in Texas.”

Learn more about NRB 2021 at nrbconvention.org.