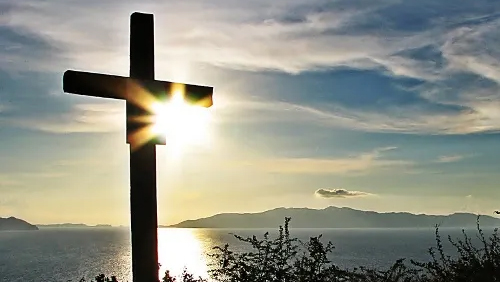 Thanks and Prayers on International Religious Freedom

Many were praising God this week for a ruling by Pakistan’s Supreme Court acquitting a Christian woman who has been on death row because of her faith for nearly eight years. This verdict, made in the face of threats of mob violence, came just days after the 20th anniversary of a U.S. law that energized America’s commitment to defending its first freedom abroad: the International Religious Freedom Act (IRFA).

Asia Bibi, a mother of five, was arrested in June 2009 after she offered fellow day laborers water they believed she had made unclean because of her Christianity. A mob gathered and dragged her to a police station where she was arrested for allegedly blaspheming the name of Prophet Muhammad, founder of Islam. In November 2010, Bibi was sentenced to death by hanging under Pakistan’s blasphemy laws.

This week, Pakistan’s high court found that the prosecution failed to prove its case beyond reasonable doubt, and said of Bibi, “She appears to be a person, in the words of Shakespeare’s King Lear, ‘more sinned against than sinning.’”

American Center for Law and Justice (ACLJ) has long fought for Bibi’s freedom and welcomed the reversal of her death sentence. Noting the ongoing danger from mobs demanding her execution, ACLJ’s Jordan Sekulow called for continued prayers: “While this is a day of victory and celebration for Asia Bibi, her family, and all those who have relentlessly prayed for her, Asia and Christians in Pakistan need continued prayers. Today’s verdict will not make many in Pakistan happy. The death threats that have been issued against Asia and the justices should be taken seriously.”

In its statement, Open Doors USA similarly called for prayer and added, “This decision gives us hope that Pakistan will take additional steps to increase freedom of religion and human rights in the country.”

Notably, American officials were marking the 20th anniversary of IRFA in recent days. U.S. Secretary of State Mike Pompeo issued a statement declaring, “The protection of religious freedom is central to the Trump administration’s foreign policy, and protecting this human right is an essential part of who we are as Americans. Religious freedom appears first among the rights enumerated in our Constitution. Where religious freedom flourishes, there is greater stability and more economic opportunity.”

Signed in 1998 by President Bill Clinton, IRFA established the U.S. Commission on International Religious Freedom as an independent government watchdog, as well as a special office within the State Department now led by Ambassador Sam Brownback.

In an interview with WORLD magazine, Brownback spoke more about the launch of IRFA and highlighted current challenges. Regarding problems in China and other areas around the world, he said, “The United States needs to be aggressive in speaking out. Because if we don’t, it will spread.”