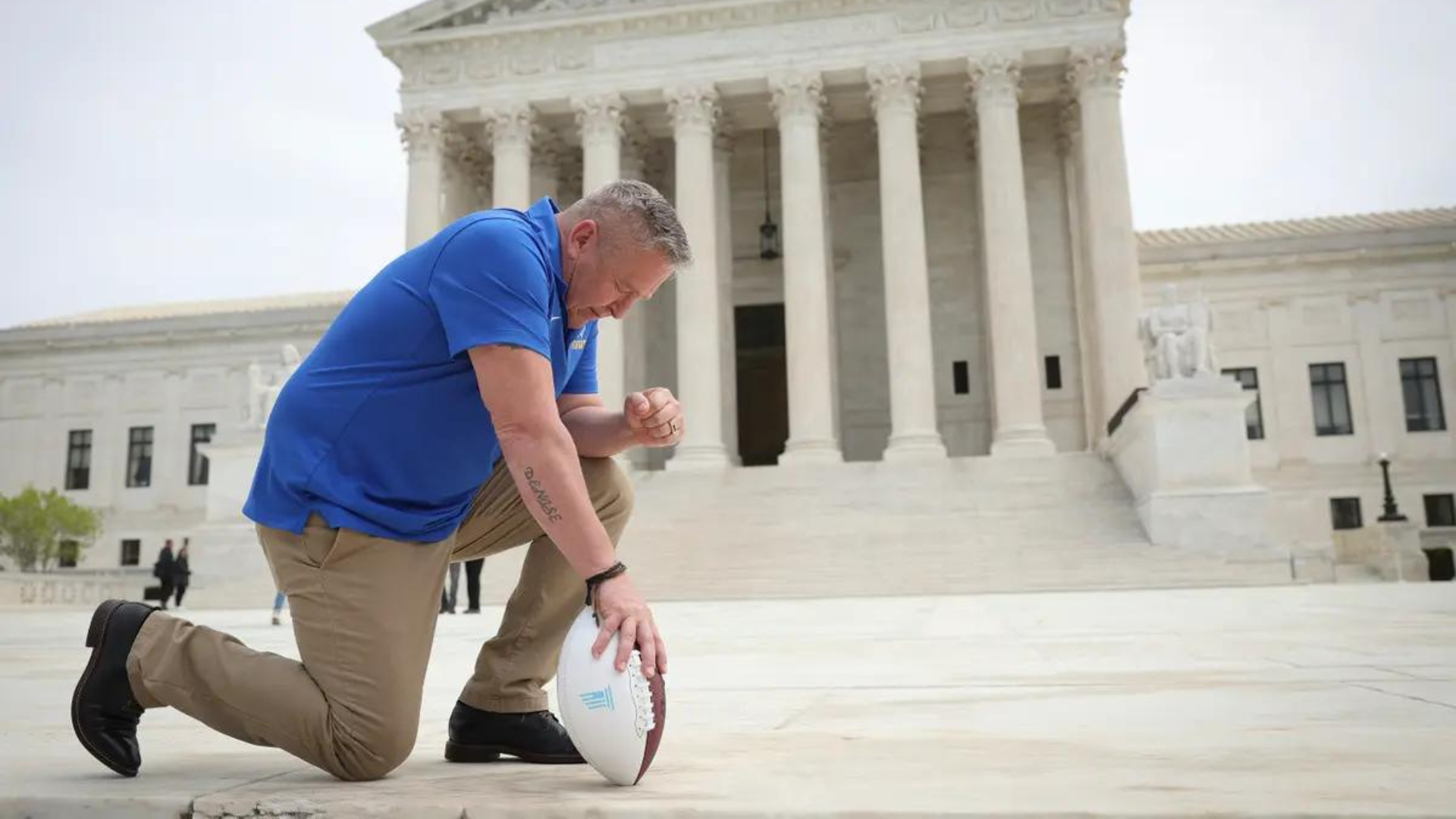 By a 6-3 vote, the Supreme Court ruled on June 27 in Kennedy v. Bremerton School District that the district violated the Free Exercise and Free Speech Clauses by disciplining former Washington state high-school football coach, Joseph Kennedy, for taking a knee in quiet prayer on the 50-yard line. The ruling affirmed that Coach Kennedy had the constitutional right to engage in a personal religious observance in public, marking yet another historic Supreme Court decision this term.

In Monday’s majority opinion, authored by Justice Neil Gorsuch, the court held that “a government entity sought to punish an individual for engaging in a brief, quiet, personal religious observance doubly protected by the Free Exercise and Free Speech Clauses of the First Amendment. And the only meaningful justification the government offered for its reprisal rested on a mistaken view that it had a duty to ferret out and suppress religious observances even as it allows comparable secular speech. The Constitution neither mandates nor tolerates that kind of discrimination.”

Paul Clement, former U.S. solicitor general and the attorney who argued Kennedy’s case, said that “after seven long years, Coach Kennedy can finally return to the place he belongs – coaching football and quietly praying by himself after the game. This is a great victory for Coach Kennedy and the First Amendment.”

“What an incredible week in the Supreme Court for the freedoms that so many of our members have dedicated their livelihoods to defending,” said NRB CEO Troy A. Miller. “We congratulate Coach Kennedy, his attorneys at First Liberty, and all those who worked to secure this victory for the free exercise of religion.”

“This is a victory for Coach Kennedy and religious liberty for all Americans,” said Kelly Shackelford, President, CEO, and Chief Counsel for First Liberty. “Our Constitution protects the right of every American to engage in private religious expression, including praying in public, without fear of getting fired. We are grateful that the Supreme Court recognized what the Constitution and law have always said – American’s are free to live out their faith in public.”

“This is just so awesome. All I’ve ever wanted was to be back on the field with my guys… I thank God for answering our prayers and sustaining my family through this long battle.”

“We are pleased SCOTUS recognized the fundamental First Amendment right for Coach Kennedy. Our Constitution counsels mutual respect and tolerance, not censorship and suppression for religious and nonreligious views alike.”

“The Court has taken a significant step in repairing America’s foundation of religious freedom, which has been under relentless assault from the Left over the last 60 years. The Court clarified that Coach Kennedy’s job should not be threatened because he does it according to his Christian faith. Nor should he be forced to hide his Christian beliefs on the field.”