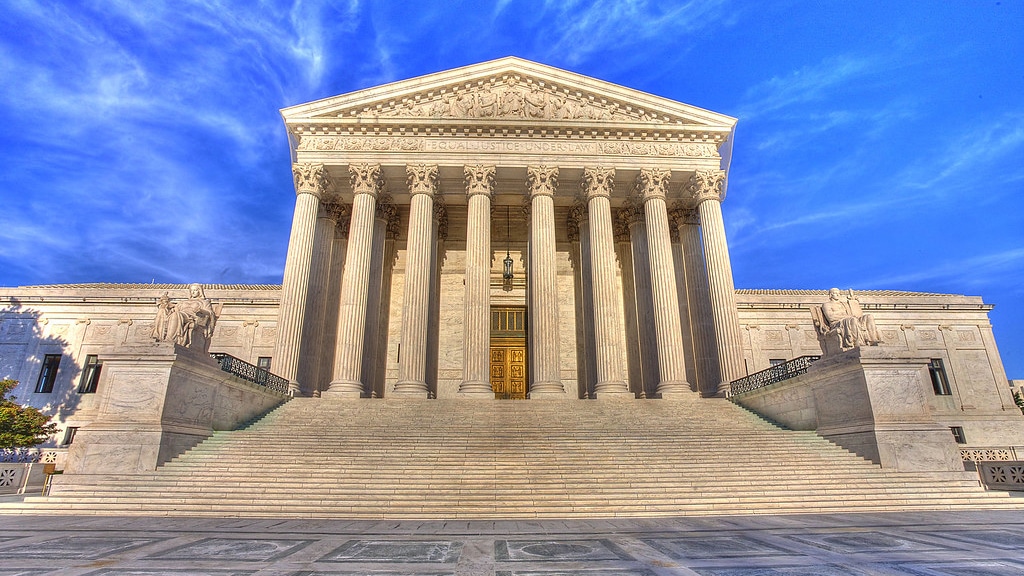 On Monday morning, the U.S. Supreme Court closed out its April argument session by hearing oral arguments in Americans for Prosperity v. Rodriquez and Thomas More Law Center v. Rodriquez, two cases that will decide whether Americans can contribute privately to nonprofit organizations without fear of the government exposing their privacy.

This case began in California when the attorney general’s office, which regulates charities in the state, required all charities (including nonprofits) operating or fundraising in the state to submit a copy of their federal tax return. One of the required documents with the federal tax return is a copy of Schedule B, a form used to report names and addresses of an organization’s major donors.

In 2014, Thomas More and Americans for Prosperity went to federal court challenging the disclosure requirement. They argued that it discouraged their donors from making donations, thus violating their First Amendment right to free association. A federal district court sided with these two organizations and blocked California’s attorney general from requiring these groups to submit their Schedule Bs.

However, this decision was later reversed by a three-judge panel of the U.S. Court of Appeals for the 9th Circuit, ruling that this required documentation was a necessary part of the state policing charitable fraud. Furthermore, the court of appeals said that because the state collected this information only for its own uses, there is only a small risk that donor information would accidentally be disclosed to the public causing donors to face “substantial harassment.”

The full 9th Circuit declined to reconsider the panel’s ruling. Earlier this year, the Supreme Court agreed to weigh in.

“Every American should be free to peacefully support causes they believe in without fear of harassment or intimidation,” Senior Counsel and Vice President of Appellate Advocacy John Bursch said. “Public advocacy is for everyone, not just those able to weather abuse. Forced donor disclosure is a threat to everyone and discourages both charitable giving and participation in the marketplace of ideas. The justices carefully listened to the arguments, and we hope the court will decide in favor of the First Amendment’s promise of the freedom to associate with like-minded groups, which includes the right to citizen privacy.”

During Monday’s oral argument, many of the justices’ questions were sympathetic to the law center’s and foundation’s positions.

NRB member First Liberty Institute submitted a “friend-of-the-court” brief on behalf of Citizen Power, a nonprofit organization that works to advance a peaceful transition to democracy in China. Because of the work that they do, Citizen Power’s donors are subject to facing reprisals by the Chinese government and those acting on its behalf, if exposed.

In this letter, First Liberty argued that the First Amendment expressly guarantees protection of the freedom of association, saying that California’s donor disclosure rules cause “an intolerable risk of exposure and thus severely abridge that freedom.”

First Liberty argued that the court should consider the rise of “cancel culture” as it relates to this case as well as the “reprisals that domestic and foreign governments direct against those who contribute to groups that dare speak against their orthodoxy.”

The oral argument was livestreamed and is now available for replay as the judges work in the days ahead to reach a decision.