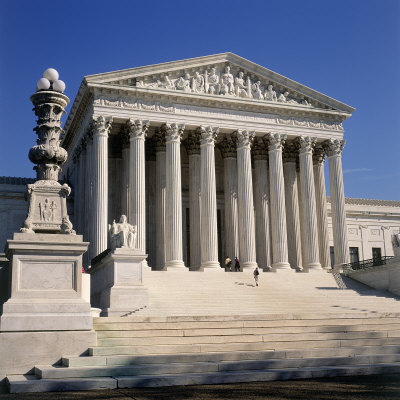 The U.S. Supreme Court ruled 7-2 in favor of exemptions that were provided to employers with religious or moral objections to the contraceptives mandate of the Patient Protection and Affordable Care Act of 2010.

Under the mandate, certain employers were obligated to provide contraceptive coverage to their employees through their group health plans.

In 2014, however, the Court held in the case of Burwell v. Hobby Lobby Stores, Inc., that the  contraceptive mandate substantially burdened the free exercise of closely held corporations with sincerely held religious objections to providing their employees with certain methods of contraception.

In light of that decision, the Departments of Health and Humans Services, Labor, and the Treasury promulgated two interim final rules (IFRs). The first significantly expanded the church exemption to include an employer that “objects . . . based on its sincerely held religious  beliefs” “to its establishing, maintaining, providing, offering, or arranging [for] coverage or payments for some or all contraceptive services.” The second created a similar “moral exemption” for employers with sincerely held moral objections to providing some or all forms of contraceptive coverage.

When Pennsylvania – joined later by New Jersey – sued over the IFRs, the District Court issued a preliminary nationwide injunction against the implementation of the final rules, and the Third Circuit affirmed.

“The Third Circuit concluded that the Departments lacked statutory authority to promulgate these exemptions and affirmed the District Court’s nationwide preliminary injunction. This decision was erroneous,” stated the opinion delivered by Justice Clarence Thomas for Wednesday’s ruling on Little Sisters of the Poor Saints Peter and Paul Home v. Pennsylvania.

“We hold that the Departments had the authority to provide exemptions from the regulatory contraceptive requirements for employers with religious and conscientious objections. We accordingly reverse the Third Circuit’s judgment and remand with instructions to dissolve the nationwide preliminary injunction.”

In response to the ruling, Troy Miller, CEO of NRB, the world’s pre-eminent association of Christian broadcasters and communicators, said, “NRB applauds the Court for ensuring through its decision on Little Sisters of the Poor that organizations with sincerely-held religious and/or moral objections are not forced to provide coverage for some or all contraceptive services in their health plans as required by the Patient Protection and Affordable Care Act.”

“The government has no business forcing pro-life and religious organizations to provide drugs and devices that can destroy life,” said Alliance Defending Freedom Senior Counsel and Vice President of Appellate Advocacy John Bursch in a statement. “HHS designed its protections to be consistent with previous Supreme Court rulings and ensure that such organizations can pursue their missions consistent with their beliefs as the First Amendment allows. The high court was right to reject each and every one of the grounds that the court of appeals used to strike down those protections.”

“The Little Sisters’ long struggle for survival is one evidence of the growing hostility to religion in America,” said Family Research Council President Tony Perkins in a statement. “It should be common sense to allow a religious group to conduct themselves according to their religious convictions, and yet government agents have tried to punish them with obtuse fines for doing just that. We are pleased to see the Supreme Court still recognizes religious freedom.”

“In a Rose Garden speech in 2017, President Trump announced that the Little Sisters of the Poor’s ‘long ordeal will soon be over,’” said Justin Butterfield, Deputy General Counsel for First Liberty Institute, in a statement. “Today, the U.S. Supreme Court upheld efforts by the Trump Administration to protect the religious conscience rights of the Little Sisters of the Poor and thousands of other organizations like them.  The Court’s decision is a major victory for life, for the rule of law, and for the religious liberty of all Americans.”