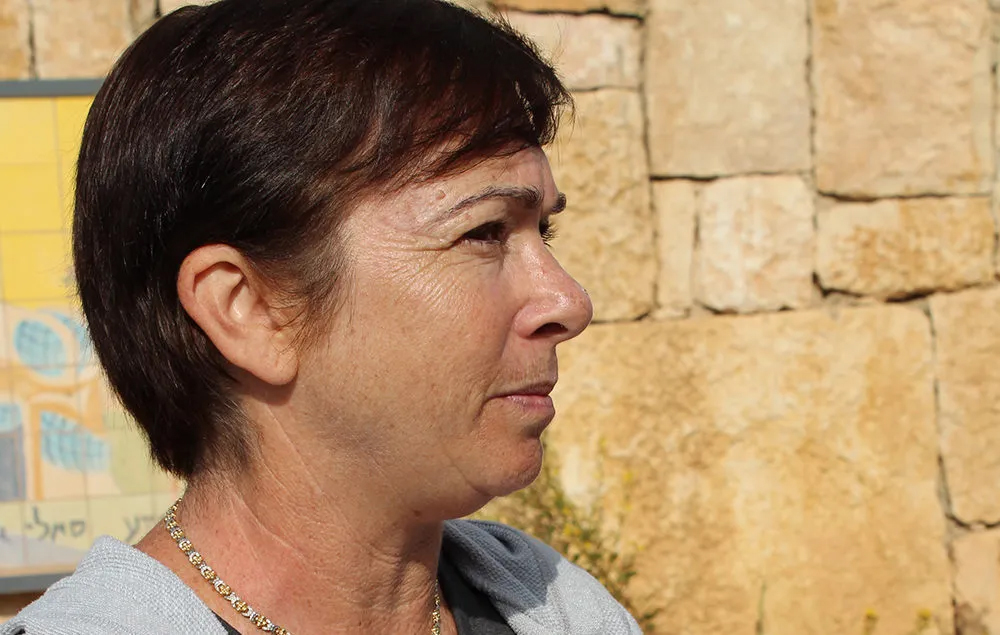 NEVE DANIEL, West Bank – At 3:39 a.m. on October 17, a rocket destroyed a civilian residence in Be’er Sheva, Israel. The rocket was launched from Gaza – only about 20 miles away – in yet another attack by the terrorist group Hamas, which controls the strip of land on the Mediterranean Sea bordering Israel.

But it was just another day for residents of southern Israel where warning sirens about imminent threats from their Palestinian neighbors are a routine part of daily life.

This time – whether by “luck” or “grace” – none of the family of six who resided in the home in Be’er Sheva were killed or injured, said Miri Eisin, a former intelligence officer in the Israel Defense Forces and terrorism expert.

Eisin mentioned the attack from Gaza that occurred the same day she briefed Christian journalists who were visiting the Etzion Bloc in the West Bank during a daylong tour as part of the Christian Media Summit, a conference sponsored by Israel’s Government Press Office in which about 180 Christian media representatives from about 40 nations participated.

The tour – “70 Years of Security, Coexistence, and Settlements” – was one of four tours from which participants chose during the summit, October 14-17 in Jerusalem. Other tours focused on Israel’s high-tech, innovation, and entrepreneurship; Israeli art, culture, fashion, music, and cuisine; and science, agriculture, and technology.

The summit, the second of its kind following the first in 2017, marked the 70th anniversary of the modern state of Israel with addresses by Prime Minister Benjamin Netanyahu, President Reuven Rivlin, U.S. Ambassador to Israel David Friedman, the speaker of the Knesset, the mayor of Jerusalem, members of the Knesset (and tour of the parliament’s building), other government officials, and leading experts on Israel. In remarks at the President’s Residence in Jerusalem on October 14, National Religious Broadcasters President & CEO Dr. Jerry A. Johnson presented three recent NRB resolutions supporting Israelduring his introduction of President Rivlin.

Eisin noted the rocket attack from Gaza, which is controlled by Hamas, as an illustration of the security challenges faced by Israel today and throughout its modern-day history with enemies still today who wish to exterminate her and her roughly 6.5 million Jewish citizens. Some of those adversaries, as is the case of Palestinians in Gaza, are in close geographic proximity and held in ideological/patriotic sympathy with some Palestinians in the West Bank.

During the tour of Etzion Bloc – a cluster of four Israeli settlements starting about 10 miles south of Jerusalem and nearby Bethlehem – Eisin briefed the Christian media representatives on the history of the settlements and the complex difficulties of finding peaceful coexistence with Palestinians. Some towns and cities in the area date back to the 1920s in the modern era when Jews bought lands in the biblical Judean hills as part of their desire to return to the Jewish people’s ancient homeland. Today, they are part of contested territory in the West Bank – land occupied by Israel ever since the Arab armies’ attack on the Jewish state was defeated during the 1967 Six-Day War. The West Bank is sometimes referred to as “Judea” and “Samaria,” drawing upon the biblical names of the areas.

Be’er Sheva (Beer-sheba in English-language Bibles), which suffered the rocket attack, is only about 55 miles from the Etzion Bloc, and is a town where Abraham settled and is closely associated with Israel’s borders in biblical times.

While most nations in the world regard all Israeli settlements in the West Bank as illegal, Eisin noted even the 1947 United Nations Palestine partition plan designating a Jewish state and an Arab state defined Jerusalem so broadly as to include Bethlehem and other land outside modern-day Jerusalem. Although the communities of the Etzion Bloc would have been in the Arab state, “the partition plan was not an invitation for a war,” she said.

Nevertheless, Arabs did just that in 1947, although Israel was willing to accept the U.N. plan. The Arab states rejected the plan, refusing to recognize Israel’s right to exist. Six months later, Israel declared its independence as a new state and defeated the Arabs, which conquered the settlements of the Etzion Bloc, as well as East Jerusalem, which Jordan held until the Six-Day War in 1967. The so-called “Green Line” that has largely defined the borders of the West Bank resulted from the 1949 armistice.

Noting that Israel gave up the Gaza Strip in 2005 by relinquishing its claim to the land and removing 10,000 Israeli citizens, Eisin asked why the Etzion Bloc cannot be considered part of Israel in any final peace agreement simply because they are within the territory arbitrarily defined by the Green Line.

“You’re standing here in the Etzion Bloc and I’m saying to you, ‘You can’t move the line?’” she asked.

Eisin also explained Israel’s security arrangements in the West Bank with certain areas designated “A” (self-Palestinian rule, although not independence), “B” (Palestinian civil authority, Israeli security), or “C” (near exclusive Israeli control), even while Israel maintains overall security control. All 400,000 Israelis in the West Bank live in Area C, she noted.

Eisin said that the long-standing Israeli-Palestinian conflict will not be resolved without compromise on both sides, noting the six issues identified as part of the Oslo Accords in 1993: borders, security, sovereignty, settlements, the status of Jerusalem, and refugees, or the so-called “right of Palestinian return.”

During the visit to the West Bank, Christian Media Summit participants also met with the co-chairs of a Palestinian peace organization, Path of Hope and Peace, co-chaired by Palestinian activist Ziad Sabateen and British native Phil Saunders, an Israeli citizen.

In the Palestinian village of Husan, Sabateen is seeking to raise funds for a medical clinic to serve his community, although funds for the effort must be raised from individual supporters since the Palestinian Authority does not support it, he said.

As the Islamic call to prayer sounded from a nearby mosque, Sabateen and Saunders talked with Christian media representatives standing atop an empty metal shipping container they hope will eventually be renovated into a medical clinic.

Sabateen, with Saunders as his interpreter, cited the clinic as an example of partnership between Palestinians and Israelis in Tzur Hadassah, a neighboring Israeli town.

Sabateen was openly critical of the Palestinian Authority on a number of counts – mismanagement of funds given to it by governments around the world, rewarding terrorism by providing stipends to family members of terrorists, and lack of free elections since current PA leader Mahmoud Abbas was elected in 2005.

Asked if he was concerned about publicly criticizing the Palestinian leadership, Sabateen answered, “I’m not afraid. … If I were lying, I need to be afraid. If I’m telling the truth, why should I be afraid?”

But the Palestinian leader also criticized the Israeli government for long delays experienced by Palestinians who must pass through security checkpoints between the West Bank and Israel to work in Israeli cities, as well as the limited freedom of Palestinians in the West Bank.

Still, Sabateen said: “Despite the occupation, in many ways we live here better and more freely than Arabs in many of the neighboring Arab countries,” noting both basic freedoms of expression and quality of life as examples.

Sabateen’s vision for the medical clinic is to save lives.

“There’s nothing more valuable than life. … We’re doing this for the sake of people, regardless of religion, politics, what they think. This is an apolitical project to just help and we just really want this to be a light in the darkness to show thanks to God,” Sabateen said.

A week after the tour, Human Rights Watch released a report about a two-year investigation that found both Hamas and the Palestinian Authority “have established machineries of repression to crush dissent, including through the use of torture.”

During the West Bank tour, Christian Media Summit participants also met with Oded Ravivi, mayor of Israeli settlement Efrat, and visited Kfar Etzion to learn about the history of Israeli settlements in the Etzion Bloc, including settlers who died in conflict with Arabs over the land

By James A. Smith Sr., Vice President of Communications