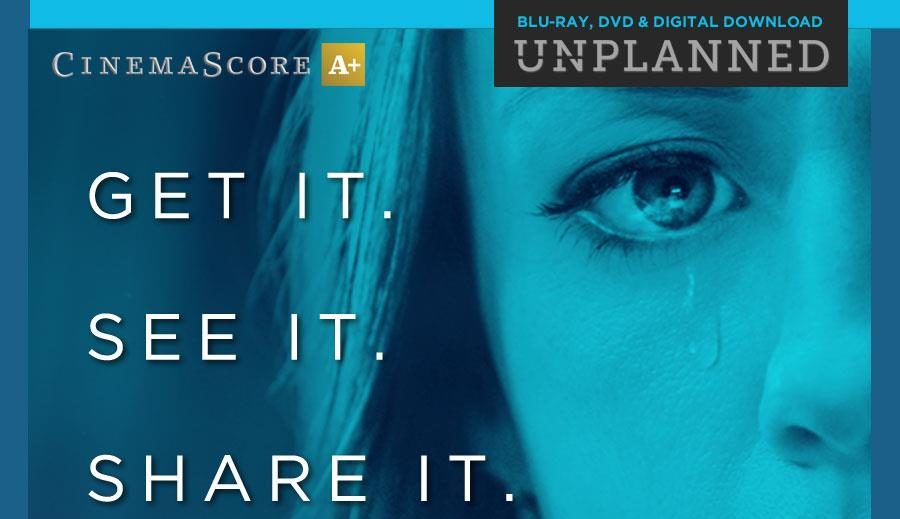 Unplanned, which debuted in United States theaters on March 29 and was screened at the 2019 NRB Convention, tells the dramatic real-life story of Johnson, who went from staunch abortion advocate to standing side-by-side with the people who prayed for her spiritual transformation and facing the full, head-on attack of America’s largest abortion provider.

The movie is currently making its way in theaters around the world.

“Anyone who has had an abortion, is contemplating an abortion, or works in the abortion industry, I encourage you to see UNPLANNED,” said Johnson, founder of And Then There Were None and author of Unplanned: The Dramatic True Story of a Former Planned Parenthood Leader’s Eye-Opening Journey across the Life Line. “And supporters of abortion who watch this movie cannot walk away without explicitly knowing what they support.”

Available in Walmart and other retail stores, the Unplanned DVD, Blu-ray, and digital includes a booklet with a devotional from Save the Storks, interviews with Johnson, a making-of featurette, deleted scenes and trailers, and Matthew West’s official Unplanned music video.

“We are very pleased with the product, as consumers will receive some very special behind-the-scenes bonus content that includes interviews with Abby and Doug Johnson, cast, filmmakers and celebrities,” said Daryl Lefever, producer of Unplanned, in a press release. “The bonus content brings beautiful and thoughtful context to a very complex issue. We know that hearts will be ministered to as they experience UNPLANNED at home in a family setting.”

Similarly, Cary Solomon and Chuck Konzelman, co-directors of Unplanned, said, “We know that this movie will continue to impact thousands of men and women; many who wouldn’t want to see the movie in public will now have the opportunity to see what Abby saw in the privacy of their own homes.”

They concluded, “The pain and shame associated with abortion is raw, even years after the fact. Our hope is that this movie will help women and men heal and come to know the forgiveness and redemption that Abby experienced. If you want to be part of this moment in history to build a culture of life, share the story of UNPLANNED.”

To watch the trailer for the Unplanned DVD, visit www.seeunplanned.com.