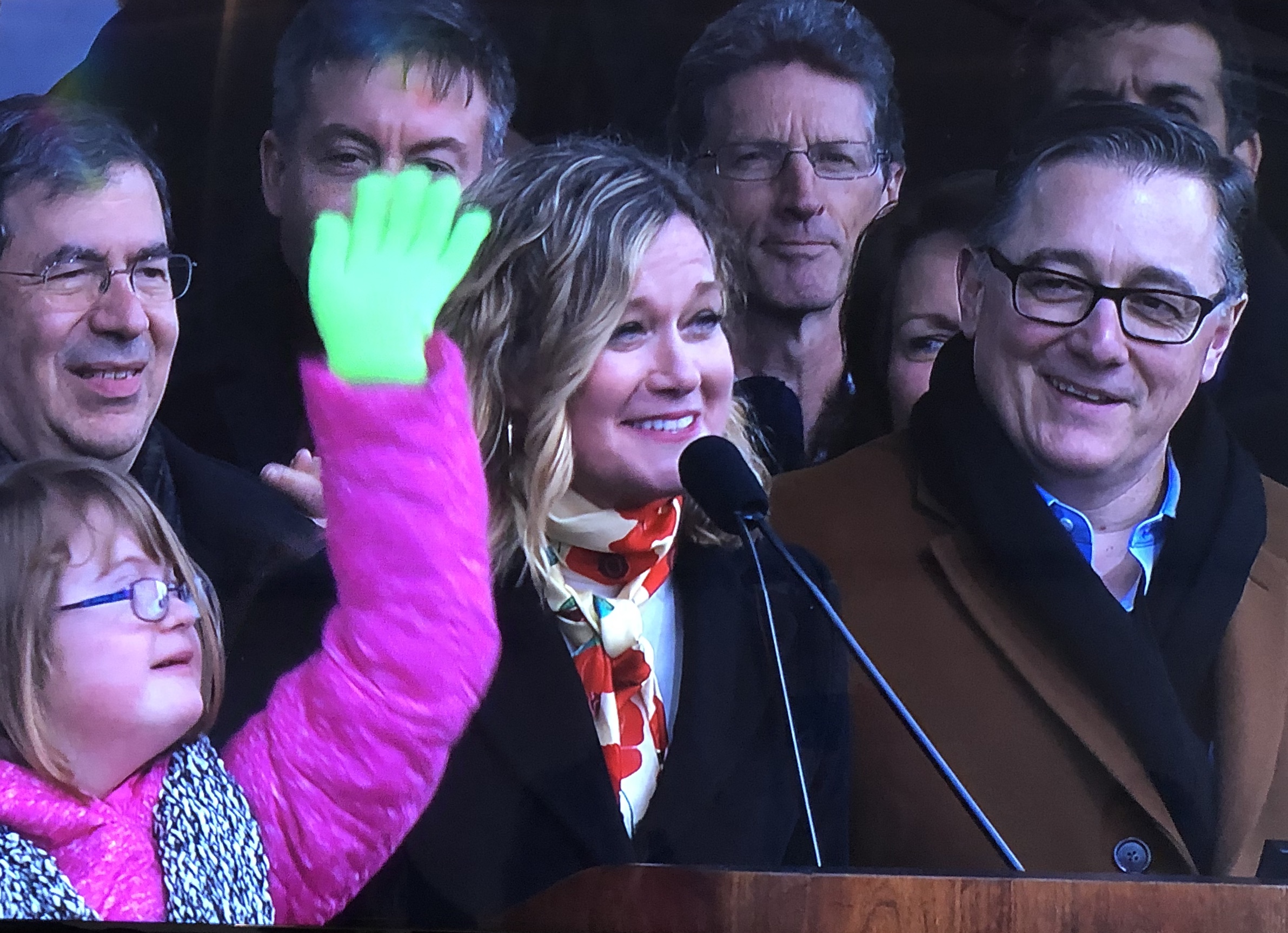 ‘Priority and Urgency’ in the March for Life

Even as tens of thousands of individuals joined together last Friday to demonstrate their commitment to honoring the sanctity of life, actions by those who support abortion on demand show that the battle for a culture of life in America is as pressing as ever.

Every year since the U.S. Supreme Court issued its infamous Roe v. Wade decision on January 22, 1973, masses of pro-life marchers have come to Washington to protest that ruling and to promote a culture that properly values prenatal life. This year, those rallying on the National Mall were treated to a surprise visit from Vice President Mike Pence, as well as a video greeting from President Donald Trump, in which he promised to veto any legislation coming out of Congress that would weaken current pro-life protections in federal law.

Pence, accompanied by Second Lady Karen Pence, also spoke to NRB leaders and others gathered at the March for Life Rose Dinner that evening. “Our movement is as vibrant as the values that we advocate,” he said. “We’re growing and we’re inspiring a rising generation with our message of generosity and compassion, and life is winning in America because of all of you.”

Truly, there is much to celebrate in the battle for life: polling, legislation, and science buttress the cause and abortion rates are sloping downward. However, Planned Parenthood and its allies are also increasing their efforts to strip away any limitation on abortion. Perhaps this was most clearly seen in this week’s signing of legislation by New York Governor Andrew Cuomo that bolsters the state’s already permissive abortion laws to allow termination of a prenatal baby when a woman “is within twenty-four weeks from the commencement of pregnancy, or there is an absence of fetal viability, or the abortion is necessary to protect the patient’s life or health.” The “health” exception has been understood broadly in the past, so many believe this essentially is guaranteeing abortion on demand until the birth of a child.

Cuomo, worried about pro-life “extremists” who oppose the Supreme Court’s Roe ruling, prioritized the signing of this “Reproductive Health Act” as part of his “2019 Justice Agenda.”  To great applause from abortion activists, he declared, “Today we are taking a giant step forward in the hard-fought battle to ensure a woman’s right to make her own decisions about her own personal health, including the ability to access an abortion. With the signing of this bill, we are sending a clear message that whatever happens in Washington, women in New York will always have the fundamental right to control their own body.”

Such a radical position – one that sanctions destroying a child even up to the point of birth – is far out of step with how most Americans, and indeed how most countries in the world, would govern abortion. A Marist Poll released earlier this month showed that 75 percent of Americans think abortion should be far more limited ­– restricted only to the first three months of pregnancy, if not far sooner. That 75 percent figure included 92 percent of Republican survey respondents, 78 percent of independents, 60 percent of Democrats, and 61 percent of those who identified themselves as “pro-choice.” Only 15 percent of respondents (and only 28 percent of Democrats) agreed with what is now New York’s standard.

Susan B. Anthony List president Marjorie Dannenfelser said New York’s move “is a tragedy to be mourned, not a victory to be celebrated.” She also shamed Cuomo for lighting the One World Trade Center building pink to cheer the new law. SBA List highlighted that the World Trade Center memorial includes the names of 11 unborn children killed in the September 11, 2001, terrorist attack.

Indeed, Daly and Mancini made a strong case for being careful not to dilute the pro-life cause with truly significant, but less clearly connected issues, as some have so advocated when discussing “what it means to be authentically pro-life.” While underscoring the great importance of efforts on racial harmony, immigration, healthcare, and the environment, Daly and Mancini assert a “priority and urgency” for protecting prenatal lives.

They concluded, “There are many worthy groups, faith-based and otherwise, speaking out on these broader issues of human dignity and flourishing. We applaud them for their efforts and pray that they succeed. But we must also acknowledge the priority of protecting first the most basic human right, life. Without life, nothing else matters.”