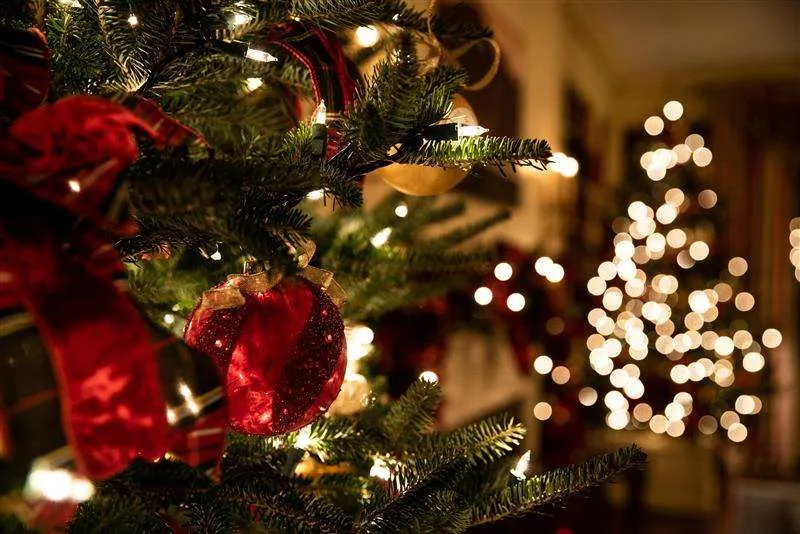 Preparing Our Hearts for Christmas

On December 24, 1941, President Franklin D. Roosevelt, joined by Prime Minister Winston Churchill, delivered a Christmas Eve message from the South Lawn of the White House to a nation at war—broadcast all over the world by radio. 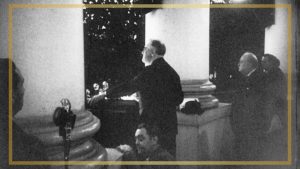 Speaking to a nation beset by fear, discouragement, and disbelief, Roosevelt encouraged the American people that victory over evil would require not only the tactics of war, but preparation of the hearts of the people.

“Fellow workers for freedom,” Roosevelt began, “There are many men and women in America—sincere and faithful men and women—who are asking themselves this Christmas: How can we light our trees? How can we give our gifts?

“How can we meet and worship with love and with uplifted spirit and heart in a world at war, a world of fighting and suffering and death? How can we pause, even for a day, even for Christmas Day, in our urgent labor of arming a decent humanity against the enemies which beset it? How can we put the world aside, as men and women put the world aside in peaceful years, to rejoice in the birth of Christ?

“These are natural—inevitable—questions in every part of the world which is resisting the evil thing. And even as we ask these questions, we know the answer. There is another preparation demanded of this Nation beyond and beside the preparation of weapons and materials of war. There is demanded also of us the preparation of our hearts; the arming of our hearts. And when we make ready our hearts for the labor and the suffering and the ultimate victory which lie ahead, then we observe Christmas Day—with all of its memories and all of its meanings—as we should.”

Roosevelt dedicated the first day of the new year as a day of prayer, saying, “Our strength, as the strength of all men everywhere, is of greater avail as God upholds us. Therefore, I… do hereby appoint the first day of the year 1942 as a day of prayer, of asking forgiveness for our shortcomings of the past, of consecration to the tasks of the present, of asking God’s help in days to come. We need His guidance that this people may be humble in spirit but strong in the conviction of the right; steadfast to endure sacrifice, and brave to achieve a victory of liberty and peace.”

Today, we see signs of spiritual war all around us: hostility to the Christian message, attacks on marriage and family, and rejection of biblical truth. As believers, we take heart that these conditions are temporary and Christ will prevail. But in preparing our hearts for these battles, our celebration of Christmas takes on its proper meaning: awe and wonder at the arrival of Jesus Christ to a broken world, and assurance of His ultimate triumph over sin and death.

From NRB, we wish you a very merry Christmas!