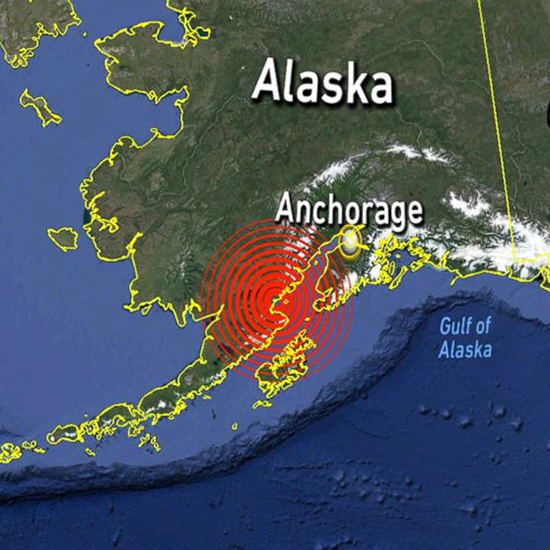 Powerful ‘Anchorage Earthquake’ in Alaska Takes KVNT Off the Air

NRB member station KVNT 1020 AM in Anchorage, Alaska, was taken off the air after a magnitude 7.0 earthquake struck north of the city on the morning of November 30.

“Due to Friday’s earthquake KVNT 1020 AM will be off the air for an extended period of time as we evaluate the condition of our transmitter and the safety of our tower and towersite building,” reported  Tom Steigleman, general manager of Christian Broadcasting Inc., in an email received by NRB Today. “You can continue to listen to our programming online at 1020KVNT.com.”

The magnitude 7.0 earthquake – being referred to as the “2018 Anchorage Earthquake” – rocked south-central Alaska, damaged roads and structures, cracked roadways, and collapsed highway ramps. No catastrophic damage, injuries, or deaths have been reported, but more than 2,100 aftershocks have occurred since the first earthquake, with about 13 registering at a magnitude of 4.5 or above.

KJHA in Houston, Alaska, was also off the air after the earthquake struck but came back up after its power was restored. Its sister station, KJNP, located just outside of North Pole, Alaska, felt the earthquake but did not sustain any damage.

While other NRB member stations in the state were not directly affected by the earthquake, most staff know of people who were.

“Despite the size of the state, it actually feels quite small as most people have friends or relatives in the affected area,” reported Patty Burchell, general manager of KICY in Nome, Alaska, to NRB Today. “Thanks for your prayers for those folks as they clean up and repair homes and businesses. Praise God there were no deaths and no reports of serious injury.”

Meanwhile KCAM in Glennallen, Alaska, has adjusted its programming in light of the quake. Scott Yahr, the station’s general manager, said his station felt the quake but did not experience damage.

“It has affected our broadcast, as we have been doing special reports on conditions, since about 1/3 of our valley drive to Anchorage each week for shopping, meeting, fun, etc.,” Yahr told NRB Today. “Please do be in prayer for those in Wasilla, Anchorage, and Palmer as they are trying to repair, rebuild, and get back to normal. All this with outdoor temperatures between 0 and 25 degrees.”

According to reports, all Anchorage schools were closed this week while the district worked on fixing widespread damage. The first day back for all students will be Monday, December 10.