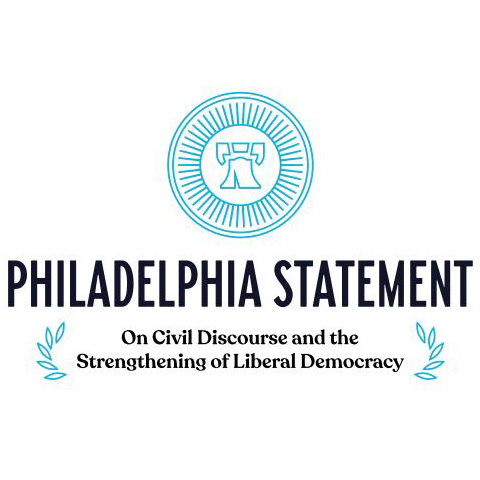 “Social Media mobs. Cancel culture. Campus speech policing. These are all part of life in today’s America,” begins the Philadelphia Statement, named after the city in which America’s founders – despite their significant differences – mutually pledged “[Their] Lives, [Their] Fortunes and [Their] Sacred Honor” to give future generations a chance at liberty.

“Freedom of expression is in crisis. Truly open discourse—the debates, exchange of ideas, and arguments on which the health and flourishing of a democratic republic crucially depend—is increasingly rare. Ideologues demonize opponents to block debates on important issues and to silence people with whom they disagree,” it continues.

“We must ask ourselves: Is this the country we want? Surely not.”

The ten-paragraph statement highlights the desire and need for America to be a nation in which people “of many different faiths, philosophies, and persuasions can speak their minds and honor their deepest convictions without fear of punishment and retaliation.”

It also recognizes that America’s free speech tradition is not absolutist as it excludes certain, limited categories of speech, such as defamation, obscenity, intimidation and threats, and incitement to violence. But “hate speech” is not among them as it is difficult to define and “is often used by those wielding political, economic, or cultural power to silence dissenting voices.”

Nor is “offensive” content. Nor the “wrong” and “harmful” content from which some corporations say they are “protecting” people through “hate speech” and related policies.

“These policies and regulations assume that we as citizens are unable to think for ourselves and to make independent judgments,” reads the statement. “Instead of teaching us to engage, they foster conformism (“groupthink”) and train us to respond to intellectual challenges with one or another form of censorship.”

According to the statement’s drafters, the hope for the statement is that it will be a catalyst for an ongoing, ideologically diverse movement working to build a culture where the open exchange of ideas is universally respected, and where civil discourse is widely practiced throughout society.

It calls upon all Americans to preserve the freedom to disagree openly, while maintaining the possibility of a shared future alongside those with whom there are differences. This, the statement drafters say, is what the Framers achieved in Philadelphia at the founding, and it is what America’s citizens must now work to restore amid the challenging times in which the country now finds itself.

“If we seek to change our country’s trajectory; if we desire unity rather than division; if we want a political life that is productive and inspiring; if we aspire to be a society that is pluralistic and free, one in which we can forge our own paths and live according to our own consciences, then we must renounce ideological blacklisting and recommit ourselves to steadfastly defending freedom of speech and passionately promoting robust civil discourse,” the statement concludes.

To read and sign the full statement, visit thephillystatement.org.