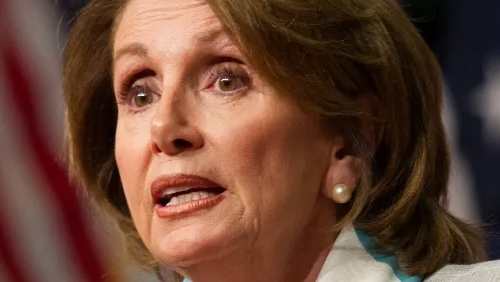 During a visit to Harvard University’s John F. Kennedy School of Government, Pelosi indicatedlegislation titled “The Equality Act” would be among her top priorities. The Equality Act, sponsored by Rep. David Cicilline (D-R.I.) and Sen. Jeff Merkley (D-Ore.), would add “sexual orientation” and “gender identity” as protected classes in civil rights law. Like its much narrower predecessor, the Employment Non-Discrimination Act, it does not have an effective exemption for religious employers. To the contrary, a telling subsection of the Equality Act actually eliminates any appeal to RFRA in lawsuits arising from its new provisions.

It is important to recall that RFRA does not guarantee outcomes in legal proceedings. It simply provides a necessary court balancing test to ensure deference to the constitutional right of religious liberty unless there is found to be a “compelling government interest” achieved by the “least restrictive means.”

RFRA’s reasonable shield against undue government coercion united conservatives and liberals 25 years ago. However, today powerful forces on the Left find the law to be an unacceptable obstacle to their cultural goals.

Notably, in a Senate Judiciary Committee hearing last month, Sen. Mazie Hirono (D-Hawaii) said she was less concerned about the free exercise of religion than what she believes to be religious profiling and persecution in the U.S. and the rise of “a school of thought that weaponizes religious liberty.” She specifically targeted the Supreme Court Hobby Lobby victory that was based on RFRA.

Hirono countered with supportive comments for legislation called the “Do No Harm Act,” which, like the Equality Act, would preclude RFRA from being considered in a broad array of legal cases. She suggested this bill, sponsored by Sen. Kamala Harris (D-Calif.), “would restore RFRA’s original intent to protect religious freedom without inflicting harm on others.”

Responding to Pelosi’s Equality Act announcement, Dr. Ryan Anderson, who focuses on marriage, bioethics, religious liberty, and political philosophy at the Heritage Foundation, wrote, “These laws are the ones that have been used to penalize bakers, florists, photographers, schools, and adoption agencies when they declined to act against their convictions concerning marriage and sexuality. They do not adequately protect religious liberty or freedom of speech.”

Anderson added, “They disregard the conscience and liberty of people of good will who happen not to share the government’s opinions about issues of marriage and sexuality based on a reasonable worldview, moral code, or religious faith. Accordingly, these laws risk becoming sources of social tension rather than unity.”