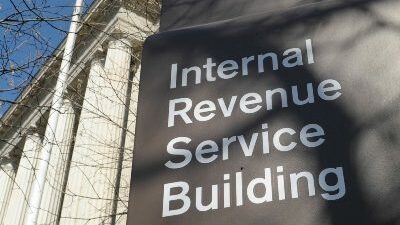 Even as Congress considers ways to mitigate its effect, a new “parking tax” still looms for churches and nonprofit ministries. Newly added Section 512(a)(7) of the tax code was a surprise provision in last year’s tax reform package. It imposes a 21 percent “unrelated business income tax” (UBIT) on employee parking and transportation benefits regardless of whether a group actually conducts such business activities. Observers estimate that this parking tax will cost charities $1.7 billion over 10 years.

NRB has joined a diverse coalition in calling for the nullification of this provision before the end of 2018. Significantly, after advocacy by NRB and others, the House of Representatives added a repeal of Section 512(a)(7) in its new tax reform bill currently under consideration. While the underlying bill has a reasonable chance of approval in the House, Senate action on the package is still uncertain given that it would require bipartisan cooperation in the waning days of this lame duck session. Of note, Senators James Lankford (R-Okla.) and Chris Coons (D-Del.) have also called on the Treasury Department to delay enforcement of this new parking tax for at least a year given confusion around its implementation.

During an interview on CBN News’ Faith Nation on Thursday, Dr. Jerry A. Johnson, president & CEO of NRB, lamented that congressional leaders had overlooked the impact of this provision last year and said, “We should not be dealing with this now in the 11th hour of this Congress.” Even so, Congress is right now reviewing it, so Johnson urged viewers to contact their senators and representatives to tell them to fix this problem.

Johnson also called the parking tax as it relates to houses of worship a “violation of American church-state principles.”

Indeed, in a recent letter signed by NRB and spearheaded by the Southern Baptist Convention’s Ethics & Religious Liberty Commission, Johnson and the other religious leaders declared that perhaps the worst result of this egregious provision is that it “will hopelessly entangle the IRS with houses of worship, simply because these houses of worship allow their clergy to park in their parking lots.”  The signers reminded congressional leaders that there are important First Amendment reasons for not requiring churches to file tax returns with the federal government

That letter also highlighted the severe administrative burdens connected to the parking tax for all ministries. The cost of accounting and legal help to comply with the new law is likely to “exceed the tax actually collected from nonprofit organizations,” they said.

To help ministries stay up to date on this concerning and potentially confusing matter, the Evangelical Council for Financial Accountability (ECFA) has centralized information and news about it on its website. Among the materials available is a petition (signed this summer by NRB) that in part declares, “The idea that tax‐exempt organizations should be taxed on parking they provide to their employees is highly inappropriate and must be stopped.” The statement calls for congressional or regulatory action to nullify the new tax.

Learn more from ECFA on this matter here.