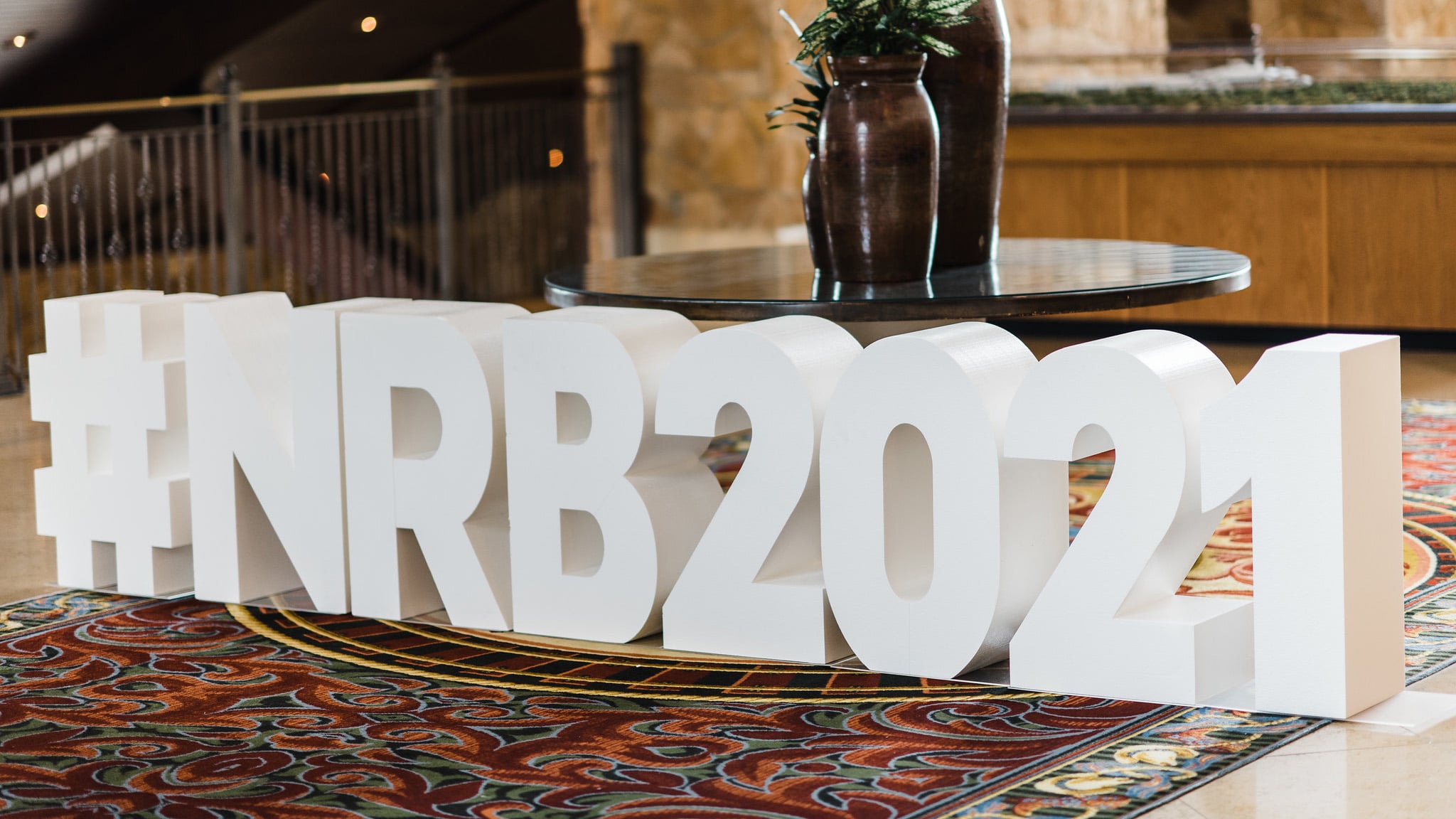 Over 3,300 Christian Communicators Gather for NRB 2021

NRB 2021 was a jam-packed week full of sessions, events, networking, and worship as over 3,300 Christian communicators gathered in Grapevine, Texas. NRB 2021 officially kicked off on Monday evening, June 21 at the Gaylord Texan Resort and Convention Center with the opening session featuring Mark Jobe and Paula Faris, but the convention center was buzzing long before then.

To begin the week, NRB hosted its annual business meeting and board meeting and elected a new Executive Committee and Board of Directors class.  At the Media Awards Luncheon, NRB recognized the recipients of the 2021 Church Media, Digital Media, International, Radio, and TV Industry awards. Learn more about this year’s awards recipients and how NRB honored them at NRB 2021 here.

In the opening session, Mark Jobe, President of Moody Bible Institute, discussed the changing cultural and media landscape and what that means for Christian communicators today.

Paula Faris, journalist, author, and podcaster, also spoke at the opening session, telling her story of working as a secular broadcaster, sharing what she learned during that time, and discussing what it means for Christian communicators to have purpose—a calling. When she remembered that her calling was to glorify God, not make a name for herself, it changed the way she lived and worked.

NRB 2021 also featured a live recording of Phil and Jase Robertson’s podcast “Unashamed.” Also included on the podcast was Al Robertson and Zach Dasher, CEO of Tread Lively Entertainment and Phil’s nephew. Attendees got to sit in as the Robertsons took listeners “beyond the four walls of the church to share God’s word” in a relatable and authentic way.