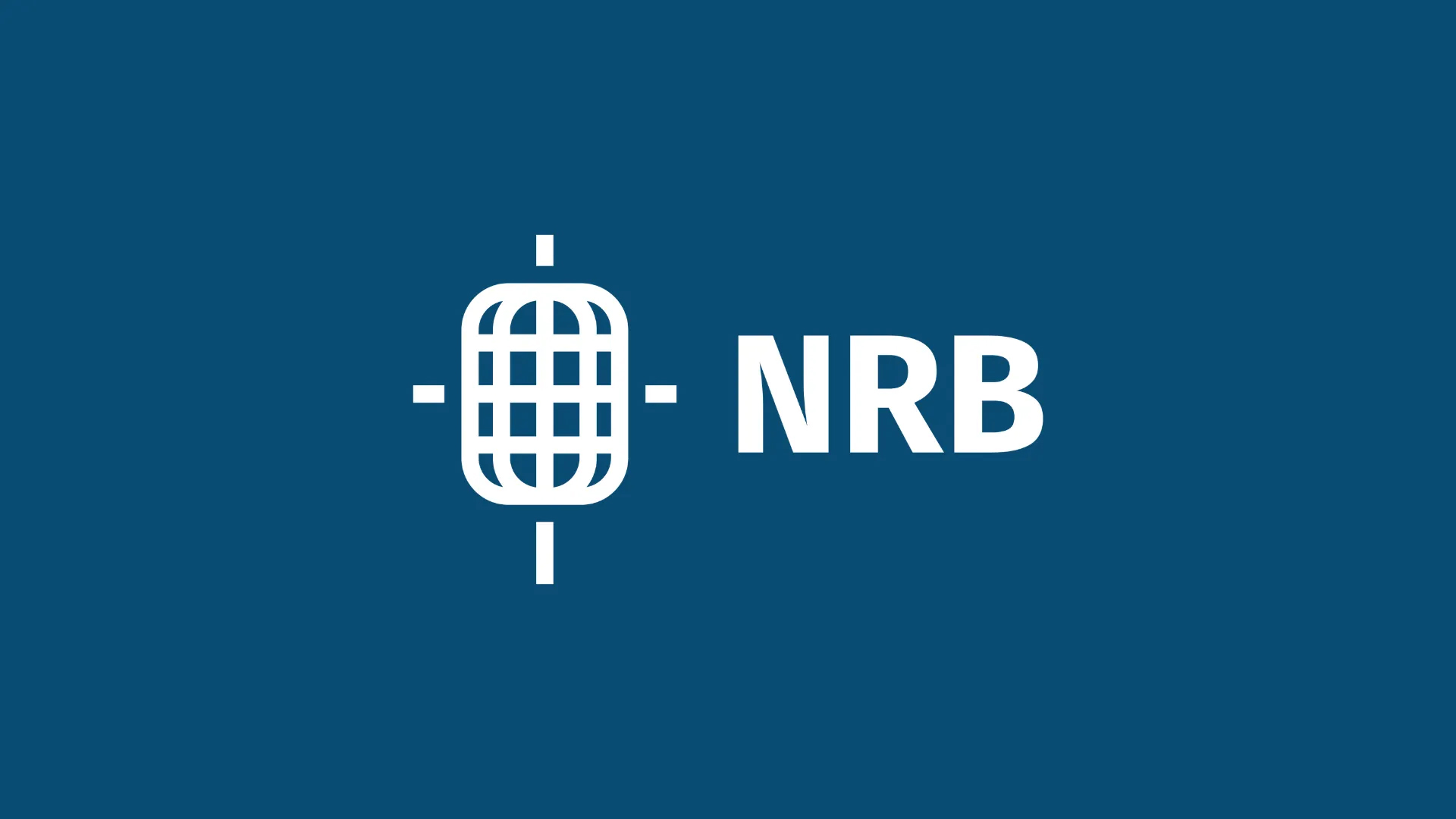 WASHINGTON, D.C. (NRB) – National Religious Broadcasters (NRB), the world’s largest association of Christian communicators, is pleased to announce the addition of twenty organizations and individuals as NRB members in the fourth quarter of 2022.

“We are delighted to welcome these twenty new and returning members into the NRB family,” said President & CEO Troy A. Miller. “We look forward to supporting these impactful Christian media professionals in their pursuit of communications excellence and Gospel outreach.”

For over 60 years, Crawford Broadcasting Company has been one of the nation’s Christian leaders in directing and impacting audiences through radio. In 2005, Don Crawford Jr. left the company and moved to Dallas, Texas, to start DJR Broadcasting, LLC, acquiring two stations in Colorado Springs in 2006 and one station in Dallas (KAAM) in 2007. KAAM uses their God-given airwaves on AM-770 for evangelism and discipleship.

Knowing Jesus Ministries, the teaching ministry of Erik Reed, is a non-profit which exists to proclaim timeless truth for everyday life. This ministry provides resources for Christians to grow in their daily walk with Jesus, withstand the onslaught of cultural pressures to conform, and prepare Christians for the suffering that comes in this life. Resources includes books, daily devotions, articles, theology videos, conferences, and weekend respites for families who have lost children. Knowing Jesus Ministries airs on NRBTV and was an exhibitor at the NRB 2022 convention.

The Central Ohio Association of Christian Broadcasters is a non-profit Christian organization that owns and operates four Christian television stations in Delaware, Columbus, Ashland, and Marion, Ohio. COACB started over thirty years ago recording church services with a black and white camera to broadcast over the local cable public access channel. Today, they are reaching 2.3 million people in central Ohio and countless millions through the internet, bringing the lost and downhearted to the saving glory of Jesus Christ.

Alabaster House is a ministry that serves government leaders and their families through confidential prayer, biblical devotions, and friendship. Through Alabaster House, a 501(c)(3) faith-based non-profit ministry, Kimberly Genau, Executive Director & Founder, leads devotionals and chapel times for members of Congress and congressional spouses, hosts retreats and other ministry gatherings, often with her husband and Alabaster House co-founder, Randy Genau, and provides prayer appointments for government leaders and their families. Prior to founding Alabaster House, Genau worked for the D. James Kennedy Center for Christian Statesmanship in Washington, D.C. Genau is a member of the NRB President’s Council.

Fundrayse is an organization whose mission is to help nonprofits take the guesswork out of fundraising so they can focus on their mission. They believe that a nonprofit’s success depends on using donor data efficiently and effectively to identify, target, and engage with their most promising donors. Fundrayse works to increase brand awareness, fundraising success, and grow organizational income.

Leadership Books is an emerging powerhouse in book publishing. Popular Christian author Michael Stickler and his publishing mentor, Arthur Ritter, identified a need in the publishing industry. Leadership Books met this need by joining the two worlds of traditional and self-publishing into one company that can help do it all. Their mission is to provide the best books, training, and consultation from the greatest thought leaders of our time. Leadership Books was a Bronze level sponsor as well as an exhibitor for the 2022 NRB convention.

Media Impact International (MII) was founded in 2014 by David Benware. David discovered that the vast majority of international ministries were not utilizing the most effective digital and social media tools nor providing follow-up services to the responders to their media outputs. MII operates six, international follow-up centers, which provide active response services to ministries targeting over 50 countries based in the Middle East and North Africa, India, Turkey, Pakistan, Sub-Saharan Africa, South Africa, and Central Asia. MII’s vision is to see more people in unreached areas brought into God’s Kingdom and growing in their faith, through the effective utilization of media.

Next Level Insights serves ministries with media relations, website development, brochure production, e-newsletters, and direct fundraising. Next Level Insights was launched in 2003 and they work almost exclusively with Christian ministries. Robb Hansen, the president of Next Level Insights, believes that using the media to reach people with the gospel is absolutely critical in taking the message of Christ to the ends of the earth and was previously a member of NRB between 2011-2014.

Social Impostor is a company that was founded in 2012 by Kevin Long to help address the problem of fake social media accounts and the damage they cause to personal and business reputations and finances as well as the fraud and potential danger they can cause to followers, fans, and customers. Around 90 percent of their business is serving the faith-based community.

The Jerusalem Art Project is a fair-trade Christian gift company in the Holy Land. They partner with immigrants in the Holy Land to create unique, symbolic, historical, and modern pieces of art. Crafted with excellence, each item is an expression of love for Israel, the Jewish people and the God of Abraham, Isaac, and Jacob.

U.S. Army Chaplain (Col.) David Giammona, Ret., is President of Battle Ready Ministries and host of Frontline on the Battle Ready Network, a global newscast about significant events impacting the world and how to navigate them. He is an end-time expert, scholar, author, writer, and speaker. Battle Ready Ministries is a life-changing, prophecy-based ministry for churches, Christians and all those who love God. Their group consists of seasoned war veterans, Bible scholars, pastors, authors, thought leaders on spiritual preparations for the end times, and strong warriors of God.

Gian Villatoro is founding pastor of Victory Church Odessa in Odessa, Texas. Villatoro is a producer with over 1,700 videos on Facebook, Vimeo, and YouTube. He has written 25 books, 500 Bible teachings, and 75 songs. Villatoro is the creator and developer of his app for iPhone and Android, his Roku Channel, and is currently developing his Apple TV channel.

John Warren is the host of Relentless Truth, a podcast that extracts truth from a wide range of topics revealing who God is, who we are and how we relate to each other. On the Relentless Truth podcast, Warren and his guests discuss topics like the economy, finance, government, theology, and even political issues from a Biblically informed perspective. Warren’s passion is using his skills, experience, and education to advance Christian education and the work of churches and parachurch ministries by providing consulting to churches, schools and ministries nationwide.

Shane Wall is a veteran licensed Gospel radio announcer who has ministered for 39 years. Wall is a pastor on a TV talk show called The Pastors. Their mission statement is to help bring insight to everyday issues by providing biblical and experiential understanding. On The Pastors, there is no criticism, no name-calling, just sharing loving truth as Jesus did. Wall has been featured on radio and television shows, such as Sid Roth’s “It’s Supernatural.” He also has two international bestselling books.

Steven Martin, director of Love For His People, Inc, has been supporting Israel and the Jewish people for 12 years. As an international ministry, with the primary support of Messianic Jewish friends in Israel, they have also supported pastors in India, Pakistan, and Nigeria. Love For His People is advancing the Kingdom of God through social platforms with Christian news, weekly teaching messages, publishing books, and “Walk With Me” and “Ahava Moments with You” videos.

Bob Gordon is a veteran marketing communications strategist and content creator with a strong background in faith- and family-based entertainment. His passion for creating and executing consistently outstanding messaging through storytelling has helped drive box-office hits for traditional theatrical and special-event movie releases. Gordon crafts, leads, and guides the overall development of creative, targeted content for use across multiple platforms to help build awareness, interest, and enthusiasm for meaningful films, brands, and organizations.

Gordon Govier is a semi-retired broadcaster who has been producing the radio program, “The Book & The Spade,” for the past 39 years. The organizing phrase of this radio program is “backgrounders on the Bible through biblical archaeology.” This program is unique, focusing on the latest discoveries and developments in biblical archaeology in order to increase biblical understanding. Govier was previously a member of NRB through WNWC and Northwestern College Radio and served on the NRB Radio Committee for several years.

Robert Scott Dobbs is currently the Pastor of Operations at The Heights in Richardson, TX. During his career, Dobbs has been in or around primarily radio. Most recently, Dobbs has assisted Dr. Adam Dooley with his previously syndicated radio program “A Better Way.” He has also worked with Easy Ezell with 100.7 FM in Dallas, a Salem Media Group station. Scott is currently considering working alongside Dr. Robert Jeffress at Pathway to Victory.