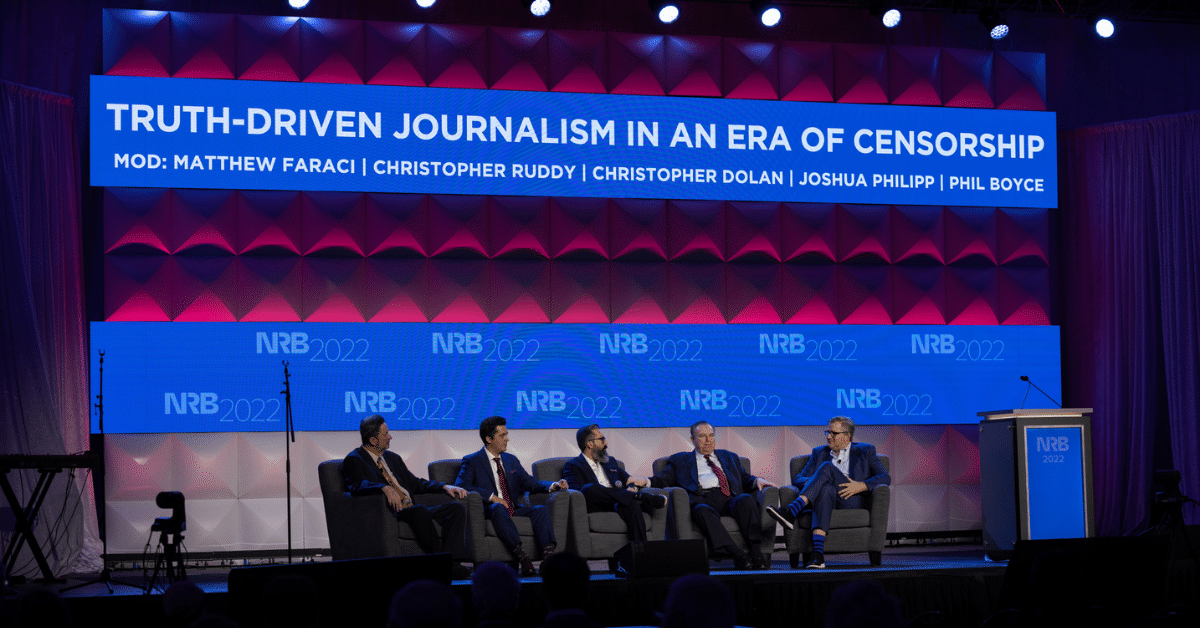 For centuries, scribes and journalists have been tasked with the responsibility of seeking and sharing the truth. Today, however, finding solid journalism accurately reported by the news media is difficult. Considering this dilemma, who can the faith community turn to and trust to report the news?

Philipp, for example, referenced the 1967 riots in China which began as a minor labor dispute in the backdrop of the Cultural Revolution in the People’s Republic of China. The riots then escalated into a large-scale protest against British colonial rule involving Chinese Communist Party sympathizers against the British Hong Kong government. In Philipp’s analysis, this event is an example of government enforcement of political correctness and crackdown on those who fail to comply.

Censorship has been around for ages. During the Diocletian Period—the last and most severe persecution of Christians in the Roman Empire–Bibles were targeted as part of a larger program intended to wipe out Christianity. Today, the rise in media censorship has industry leaders expressing concerns.

“There is a war going on and journalists are being brutally attacked,” Ruddy said. He noted that social media is playing a big role in censorship: “We are being deranked, delisted and depressed on Google and on YouTube.”

Ruddy went on to explain how rankings and listings attract viewers, and viewership determines the impact of a journalist’s efforts to get the news out. Others on the panel agreed that social media censorship is hindering the conservative voice in America and is driving journalists to find new ways to get their stories out to the public.

“It’s like a new religion,” Philipp said. “It’s socialism in the guise of political correctness.”

“What people want is an accurate account,” Boyce added.

Referring to a Daniel Webster quote, Boyce said: “It used to be all about truth. When we present truth, it has the ability to dispel lies.”

Ruddy referred to a comment made by U.S. Senator Rand Paul (R-KY) as an example of the type of censorship journalists now face.

“When we reported that Rand Paul said masks don’t work, Newsmax could not post videos on some social media sites for a week,” Ruddy noted.

Dolan said his media outlet has traditionally been focused on freedom, faith, and family.

“We provide information so our audience can make decisions based on what is going on in the world,” Dolan said, noting that his publication was initially created as a “conservative voice” in Washington, D.C.

According to Dolan, “fact checkers” play a big role in what gets into publication and that can be detrimental.

“Fact checkers want to tell us what to put in and if they don’t like what we put in, they censor it. That is happening more and more.”

On a more positive note, Dolan added, “The truth always wins out.”

After a lengthy and lively discussion on censorship, social media, the challenges reporters face in getting and delivering the truth, Faraci asked each commentator to give the audience a takeaway based on what they hope to see in the future. Philipp responded by saying “If we fearlessly tell the truth people will remember that.”

Boyce said journalists should continue seeking ways “to make this a better world.”

Dolan pointed out that “common sense policies, organizations committed to truth and the evolution of conservative groups with more access to social media” give him hope—and Ruddy wrapped it up by saying “this conversation is what gives me hope.”

Faraci concluded the session by calling the panelists his heroes and pointing to the “legacy and impact” they are leaving for future generations.