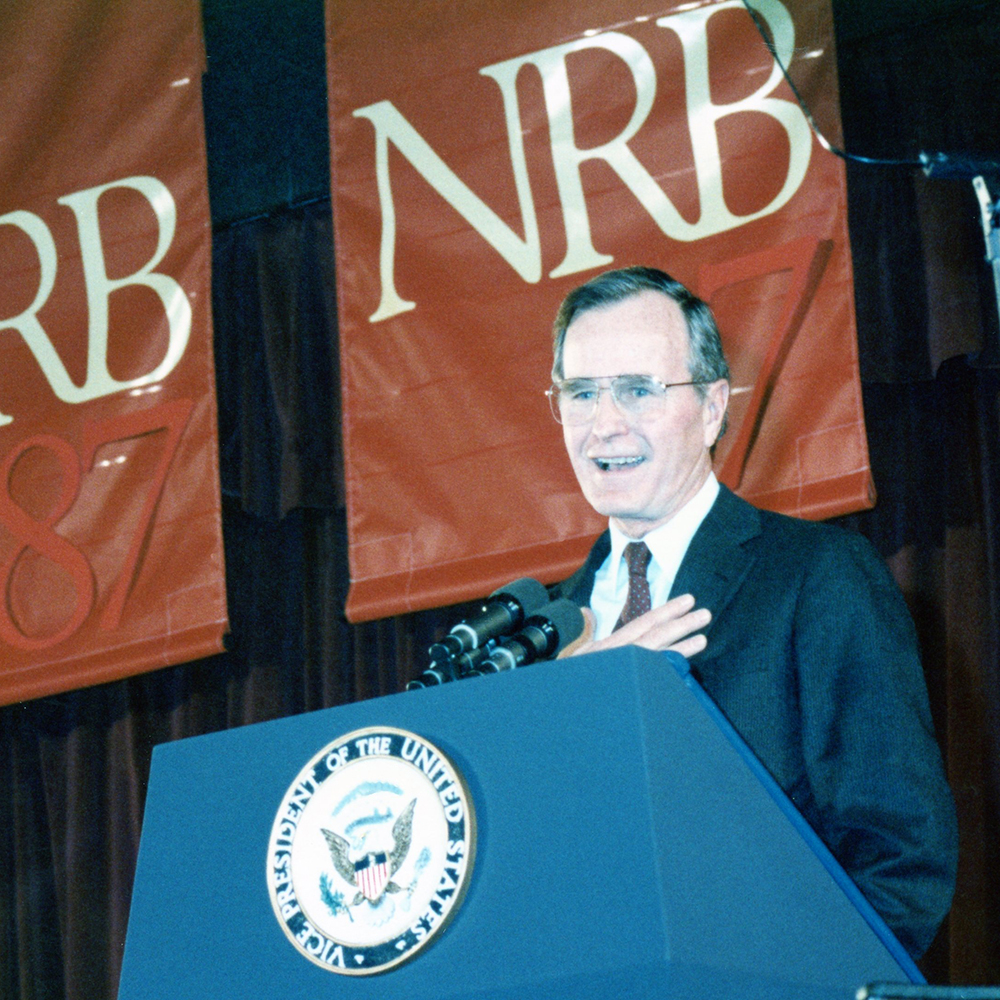 Leaders and member organizations of National Religious Broadcasters were among the countless voices that hailed President George H. W. Bush for his service to the country and for the example he set.

The 41st President of the United States passed away November 30 at the age of 94.

“President Bush was loved by NRB, and we are deeply grateful for his service to our nation,” commented Dr. Jerry A. Johnson, NRB’s president & CEO. “We pray for the Bush family.”

Jim Daly, president of Focus on the Family, noted that Bush “was the embodiment of human decency, an honorable gentleman of great manners, class and grace.”

“He was a man who exemplified the importance of faith, family and freedom,” Daly wrote in his blog. “He selflessly dedicated his years to the service of his nation. He was a man who saw life in terms of missions to tackle and promises to keep. He was faithful to the end.”

In a tweet, Texas-based Mercy Ships praised Bush for having “ignited a spirit of volunteerism and inspired millions to be points of light.”

And on his Facebook page Saturday morning, Franklin Graham, president & CEO of the Billy Graham Evangelistic Association, said Bush “represented the presidency when politics in our country was more civil.”

In his final appearance, at the Sheraton Washington Hotel in Washington, D.C., on January 27, 1992, Bush spoke on the “values which sustain America, values that are always in fashion.”

Among those values was one that he said “must be forever cast in stone.”

“I speak of decency, the moral courage to say what is right and condemn what is wrong,” Bush stated. “And we need a nation closer to ‘The Waltons’ than ‘The Simpsons’ – an America that rejects the incivility, the tide of incivility, and the tide of intolerance.”

To watch Bush’s 1992 address at the NRB Convention, click here.

Click here to watch Bush’s 1991 address at the NRB Convention, in which he defended the Persian Gulf War as a “just war” and talked about his reliance upon God as President.

PHOTO ABOVE: George H. W. Bush, as Vice President of the United States, speaks during a session at the NRB Convention in 1987.