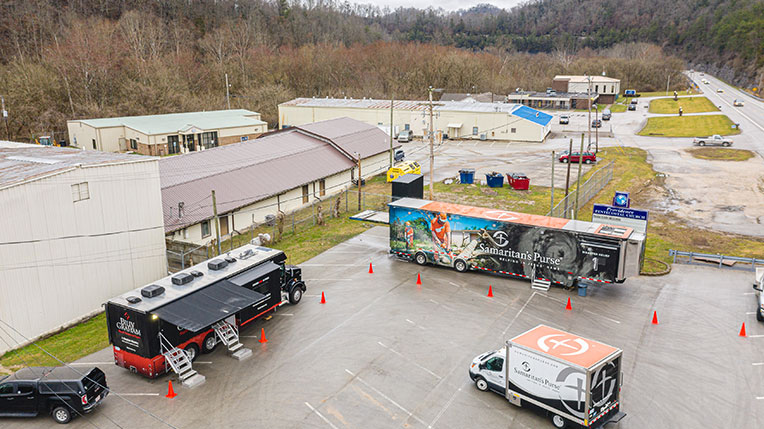 This week, NRB members Samaritan’s Purse and the Billy Graham Rapid Response Team responded to significant regional flooding in Kentucky that was caused by historic rainfall in early March.

On Sunday, March 14, Kentucky Governor Andy Beshear called a state of emergency for 13 Kentucky counties. Heavy rainfall earlier in the month caused the Kentucky River to overflow. As the water has receded, it left widespread damage to roads, homes, and other infrastructure. Hundreds of homes were damaged or destroyed in what is being recognized as the worst flooding in Kentucky in decades.

“It’s been a tough year,” said Gov. Beshear after touring the region. “What I saw was the worst flash-flooding that I’ve seen in my lifetime.”

“Many homes were flooded, and the need is great for both Samaritan’s Purse and Billy Graham Rapid Response Team chaplains to offer help and support,” said Jack Munday, director of the BG-RRT. “Both ministries, along with equipment, will be there to offer hope and comfort to many families who have been impacted by the floods.”

Samaritan’s Purse sent a tractor trailer full of relief supplies and equipment from North Carolina to Breathitt County last week. Upon arriving to Kentucky, their assessment teams worked with churches and local authorities to determine needs and begin a strategic response to assist with cleanup.

Volunteers with Samaritan’s Purse are assisting homeowners by removing waterlogged walls and flooring, ruined belongings, and clearing homes of other debris.

Join us in praying for Kentucky residents who are dealing with the effects of this flooding and for ministries like BG-RRT and Samaritan’s Purse who are on the ground ministering to these residents in the name of Jesus.