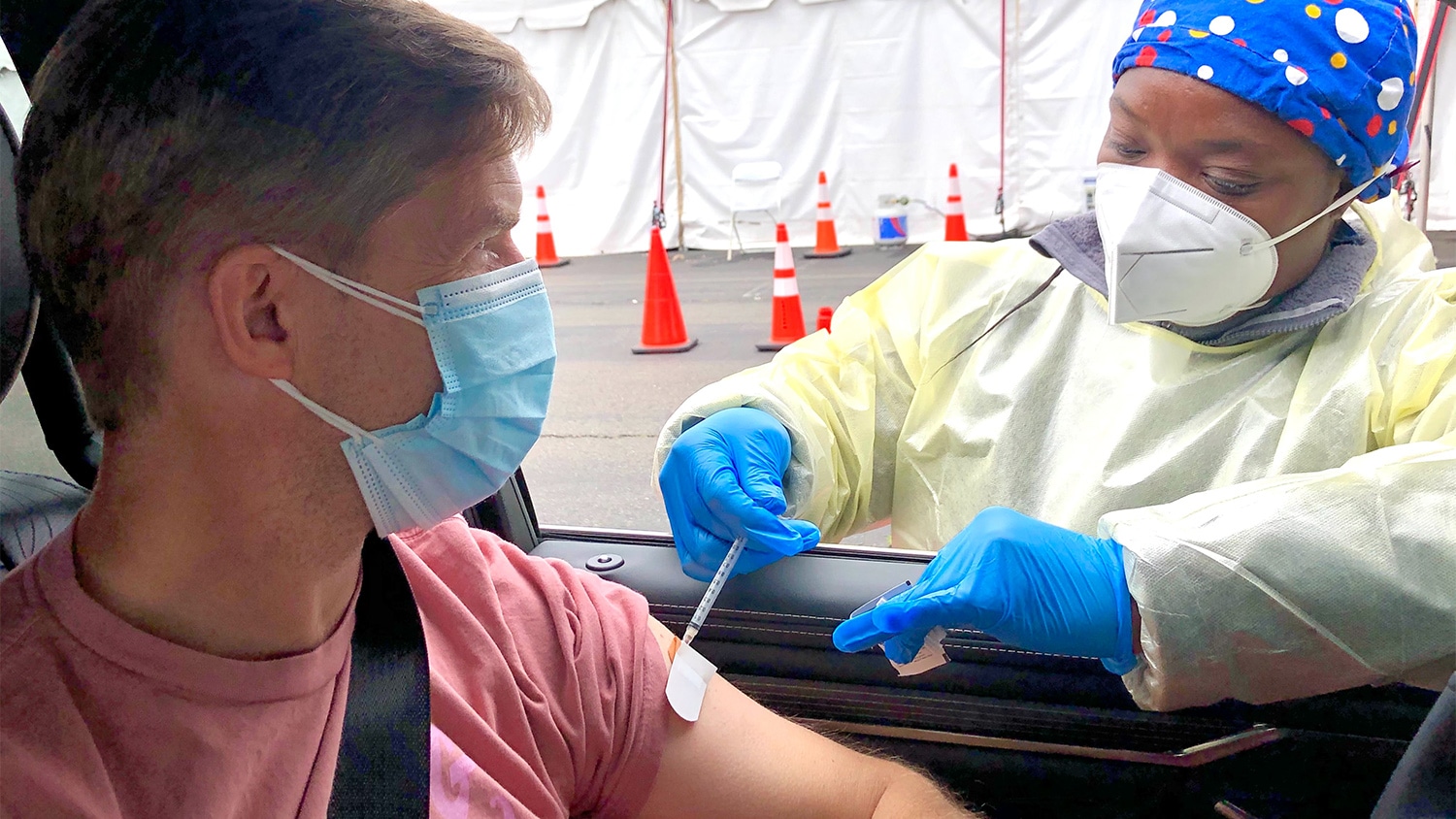 Thanks to the dedicated efforts of scientists and researchers and the continuing efforts of Operation Warp Speed, created by the Trump administration, COVID-19 vaccines are being distributed around the country.  Several NRB members are actively supporting distribution of the vaccine and encouraging people to receive the vaccine.

In December, Jim Daly, President of Focus on the Family, and co-host John Fuller hosted Dr. Dan Hinthorn and Dr. Scott James on The Focus on the Family Broadcast to talk about the COVID-19 vaccine. Dr. Hinthorn and Dr. James are both infectious disease specialists who are on Focus’s Physicians Resource Council, a group of 35 to 40 doctors who partner with Focus to ensure that their medical information and advice is medically accurate as well as to help consider bioethical issues.

“I’m not thrown by what the world is handing us right now. God is still seated on his throne and he is still good,” James said. “He is serving us and pouring his grace out on us even now through common grace of medical interventions and frontline healthcare workers and vaccines that are being developed.”

James went on to encourage listeners to consider whether receiving this vaccine could be an opportunity to demonstrate love of neighbor.

“I don’t look at getting vaccinated as some sort of test of Christian faith or Christian love or anything like that, but I do think that something like this is an opportunity to love our neighbor,” James said. “And it’s a way to take a specific action that protects vulnerable people in our communities. And so, as a follower of Christ, I want to wisely think about how I engage that opportunity.”

“Let’s stop looking at this as a Democrat/Republican issue,” Robert Jeffress, Senior Pastor of First Baptist Church, Dallas, Texas said during an interview on Fox news. “This is an American initiative we need to get behind so that we can get back to normal, including in our churches.”

Dr. Jeffress, host of “Pathway to Victory,” said that true faith and true science don’t conflict but that God is able to use science to accomplish his purposes.

Jeffress discussed this further in a recent conversation on “Christians and the Vaccine,” a project of Redeeming Babel.

Franklin Graham, president of Samaritan’s Purse said that he thanked God for the doctors and researchers who were involved in developing these vaccines and for the resources that made it possible. He went on to say that he hoped the American people would use these vaccines.

“My father believed in modern medicine,” Graham said. “If anytime there was a vaccine or something that could help protect you, he was an advocate for it. He took it. I believe that it’s consistent with Scripture—that we protect our lives and do whatever we can to save life. So I don’t have any problem with telling a person to take an aspirin or telling a person to have a vaccine.”

Graham encouraged pastors to promote COVID-19 vaccine use rather than discourage it in their congregations.

“From what we know, a vaccine can help save lives and prevent suffering,” Graham said in a Facebook post. “My wife and I have both had the vaccine, and at 68 years old, I want to get as many more miles out of these old bones as possible!”

NRB realizes the decision to get vaccinated is a personal one that should be made individually with research and prayer.