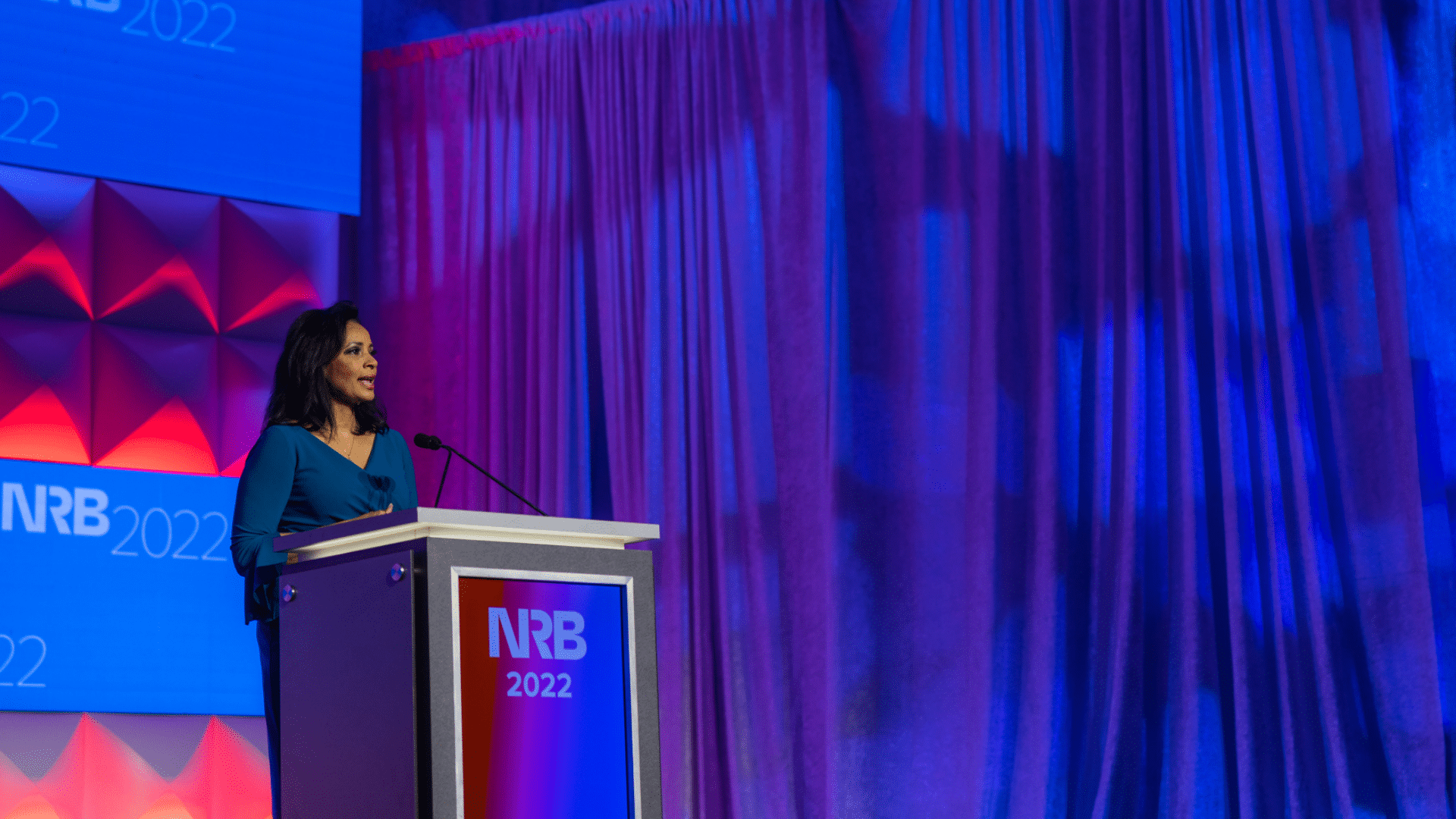 NRB Kicks Off with Focus on Speaking Truth in Love 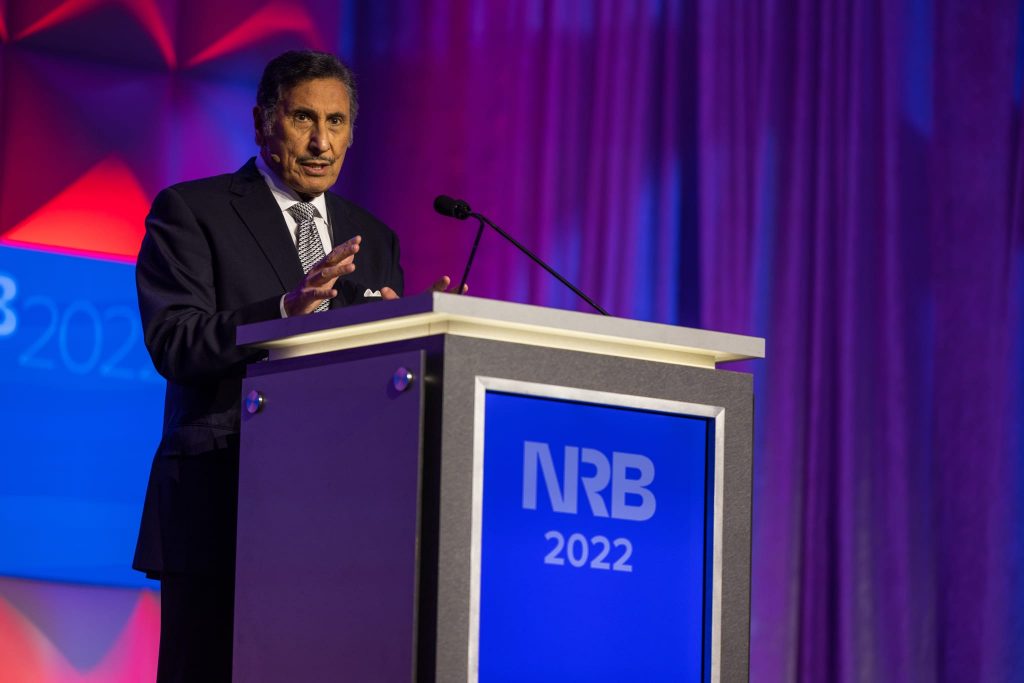 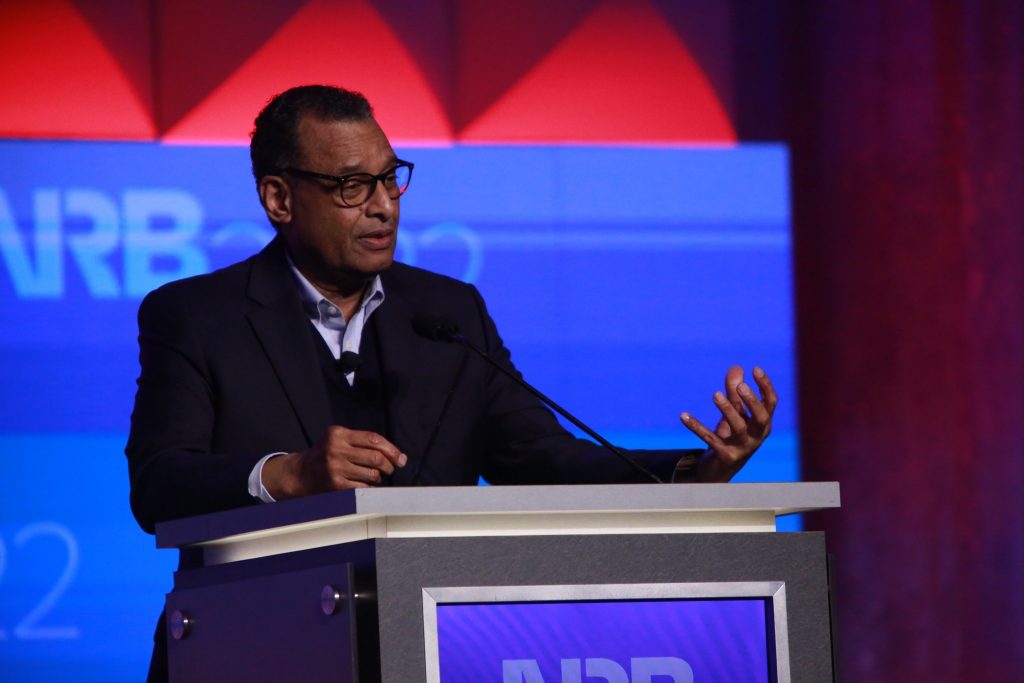 On Tuesday, March 8, NRB welcomed Lauren Green, Fox News Chief Religion Correspondent, to kick off the NRB 2022 Opening Session with remarks on the changing culture since beginning her time at Fox News 25 years ago.  She discussed how the law is an expression of God’s love in that God has shown order to a world that has lost its way, all the while providing a ransom for the world that has gone astray. Christians understand how it is displayed through the cross. She emphasized how speaking the truth in love brings change as the goal is not to win the argument but to bring listeners to Christ.

Tasha Layton led worship throughout the evening.  She shared captivating stories in which God’s presence moved people to make decisions to follow God, also describing her own journey

through dark times in the past, which led to the creation of some of her music that she shared.

Troy A. Miller, CEO, and Dr. Frank Wright, Chairman of the Board, welcomed attendees to the conference with a reminder of NRB’s mission and a renewed call to remain in prayer for the people of Ukraine.

Special guest Dr. Michael Youssef brought to light the trend of “deconstructionism” and how it started at the pulpits of pastors not preaching the Gospel faithfully nor showing love for sinners.  He stressed that we must share that Jesus loves the sinner and wants to deliver them from their sin.

He opened the Bible to 2 Timothy—referring to Paul’s time in prison—and shared how modern ideology of accommodating sin will only lead us to a watered-down Gospel. Youssef urged the convention attendees to never give up on serving God and stressed that God can use us in mighty ways if we will let Him. In the same spirit of Winston Churchill, he exhorted Christians to “never, never, never give up” and resist the impulse of fear, which leads to giving up on Biblical truth and compromising on God’s Word.

The final speaker was A.R. Bernard, pastor and thought leader, on the presence of God and the impact of the Bible. Bernard shared that his connections to Islam in his youth while growing up in New York City allowed him to have order and discipline, but he didn’t find God. It took a coworker sharing her faith that led him to a relationship with Jesus Christ and showed how he had been missing a real relationship and the God he was looking for.  A.R. Bernard found the real God by understanding that “I and the Father are One” found in John 1.  He stressed that we are living in a time when the character of Jesus is getting blurred by political lines and cultural nuances. God is the only one who can mend the breach between man and God.

The session was presented by Israel Ministry of Tourism (IMOT) and Mercy Ships. IMOT is Israel’s national tourism agency responsible for planning and implementing marketing and promotional initiatives to position Israel as a preferred travel destination. Mercy Ships uses hospital ships to deliver free, world-class healthcare services to those with limited access in the developing world.