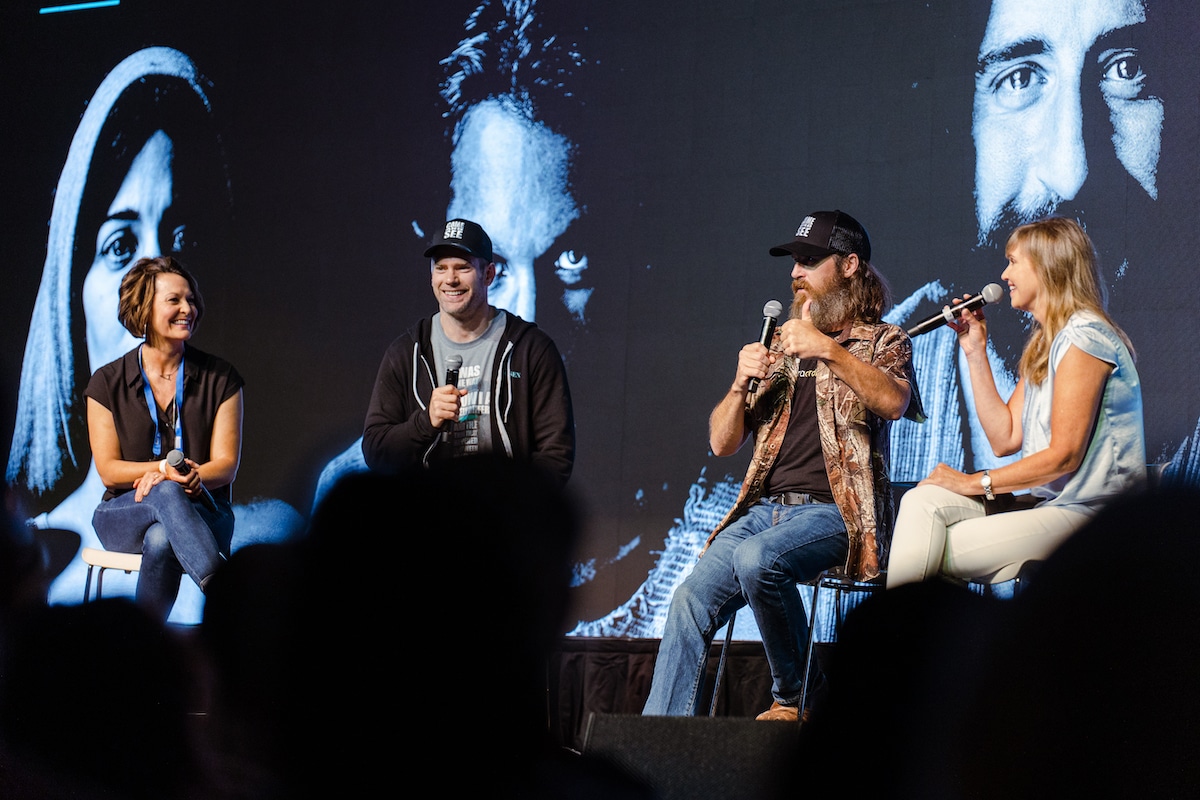 NRB Hosts the Robertsons, The Chosen, ICVM Crown Awards, and More at NRB 2021

Wednesday at NRB 2021 was full of sessions with special guests including Joel C. Rosenberg, the Robertsons from Duck Dynasty, and “The Chosen.”

The day started with a breakfast honoring Israel hosted by the Combat Anti-Semitism Movement and the International Christian Embassy Jerusalem. Joel C. Rosenberg, editor-in-chief of All Israel News and All Arab News spoke at the breakfast, and Joshua Aaron played and sang Israeli worship music.

Dan Darling, Senior Vice President of Communications at NRB, led the morning devotional focused on the power of words in a digital age.

Darling talked about the opportunity and calling that communicators have to reflect the glory of God.

“One of the signs that we are made in the image of God is that we communicate and reflect a God who communicates,” Darling said.

The morning held two back-to-back sessions centered on technology in the church and digital ministry. Bob Pritchett, CEO of Faithlife, talked about how technology equips the church. Faithlife is a ministry on the cutting edge of innovation for the church, including Bible software, online learning, publishing, church software, and many other digital tools. Pritchett shared his vision for using technology to get the gospel to the nations.

The afternoon featured Phil and Jase Robertson from Duck Dynasty for a live recording of their podcast “Unashamed.” Also included on the podcast was Al Robertson and Zach Dasher, CEO of Tread Lively Entertainment and Phil’s nephew. Attendees got to sit in as the Robertsons took listeners “beyond the four walls of the church to share God’s word” in a relatable and authentic way.

“There are outlets out there for us to present the gospel for folks who won’t step into a church—a place where they can come hear the Bible,” Dasher said.

The Robertsons taught their audience about duck calls and shared wisdom from Scripture.

After the episode, Dallas and Amanda Jenkins had a conversation with Jase and Missy Robertson from Duck Dynasty about the episode and the story of “The Chosen.” To close the night, Jenkins also showed the audience an interview with Elizabeth Tabish, actress who plays Mary Magdalene in “The Chosen,” and Ryan Swanson head writer of “The Chosen.”

Day 3 of NRB ended with the ICVM Crown Awards ceremony. The Crown Awards recognize excellence in the production and content of films and videos that are created to reflect Christian values. Comedian Michael Jr. hosted the event. You can watch a replay of the Awards ceremony here.