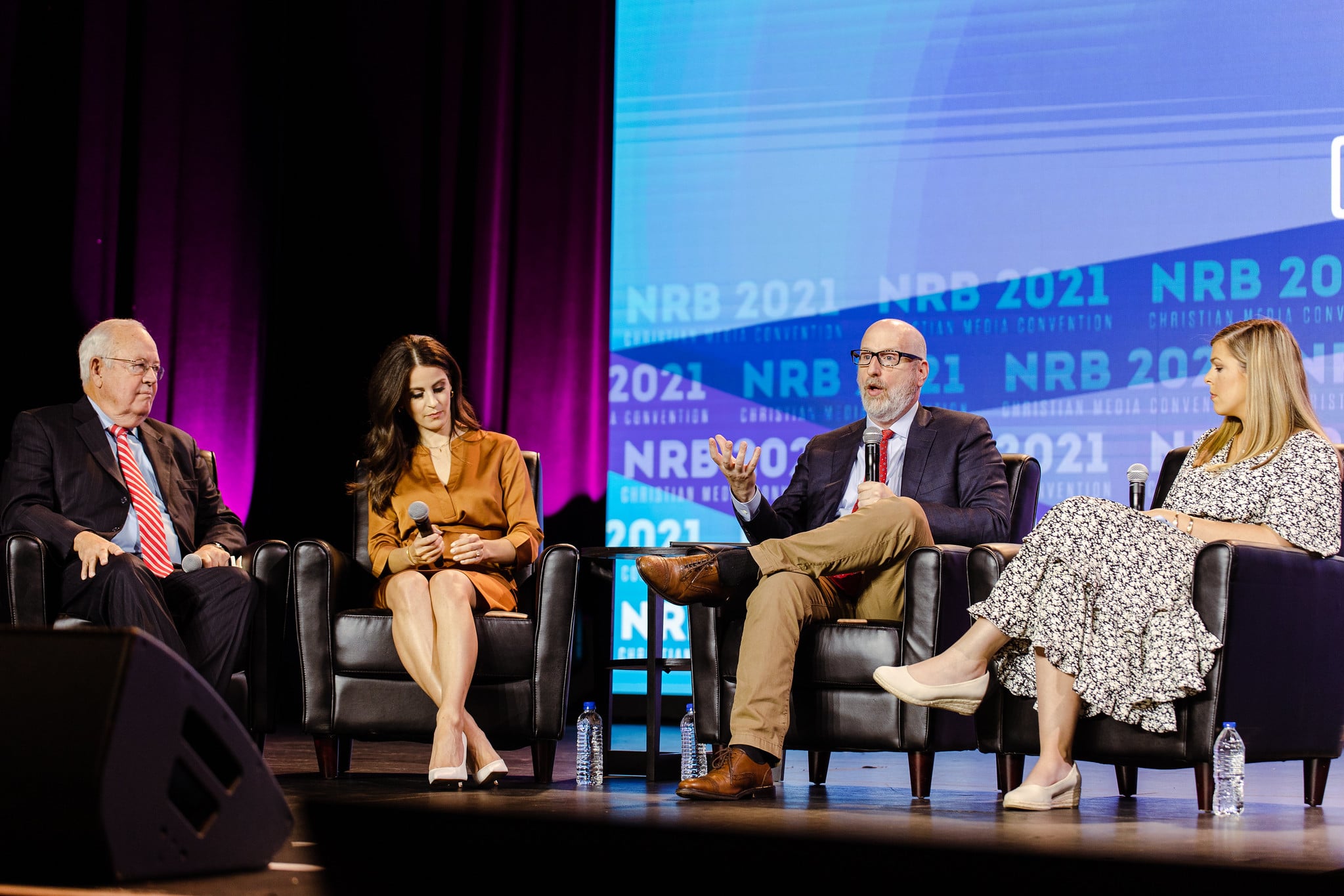 NRB Hosts Forum on Platform Censorship, Section 230, and the Future of Social Media at NRB 2021

GRAPEVINE, Texas (NRB) – On Tuesday morning, a panel of experts led a discussion regarding freedom of speech in the digital age and the growing concern over censorship and de-platforming. Allie Beth Stuckey, podcaster and author of the book “You’re not Enough & That’s Okay,” moderated the panel that included David French, senior editor of “The Dispatch,” Ken Starr, Counsel to The Lanier Law Firm and formerly a U.S. Circuit Judge, and Lila Rose, founder and president of LiveAction.

The panel began with a discussion of Section 230 of the Communications Decency Act, which was passed in 1996. Section 230 says that “No provider or user of an interactive computer service shall be treated as the publisher or speaker of any information provided by another information content provider.”

In other words, Section 230 says that any online service provider that hosts third party speech cannot be held liable for statements that are made on the provider’s platform. This has allowed individuals to express their opinions on social media platforms.

Section 230(b) expresses Congress’s intent to “preserve the vibrant and competitive free market that presently exists for the internet and other interactive computer services, unfettered by Federal or State regulation.”

French explained the history of Section 230 and described it as “the rocket fuel for free speech online.”

“These companies are populated by far left ideas and there is a definitive double standard,” Rose said.

LiveAction has been banned from advertising on Twitter for six years and counting.

“We worked to try to make it right, and ultimately we were told by a Twitter representative that until we deleted pro-life content, images, and other content, the ban would not be lifted,” Rose said.

Starr said that we do not want government bureaucrats controlling private entities. The government cannot regulate what happens within these corporations’ platforms.

“Here are the first principles: these are private corporations and they enjoy first amendment rights,” Starr said.

Starr discussed that this issue is an ongoing issue. He said that there are 13 different measures and some bipartisan efforts. He stressed that progress is not going to happen overnight but celebrated that at least the conversation is ongoing.

“Let’s do what we can do,” Starr said. “We have voices, and we need to ask for more accountability.”

French spoke to his perspective on censorship.

“The idea of the left ideology is that they want big tech to censor a lot more free speech,” French said.

Rose acknowledged that social media platforms make mistakes and encouraged people to build relationships with the companies and work out concerns with tech companies first rather than posting on social media or relying on a conservative media source.

“The more you build your following elsewhere, the more success you will have long term,” Rose said. “Utilize multiple platforms as a strength.”

For more information regarding the NRB, visit nrb.org.