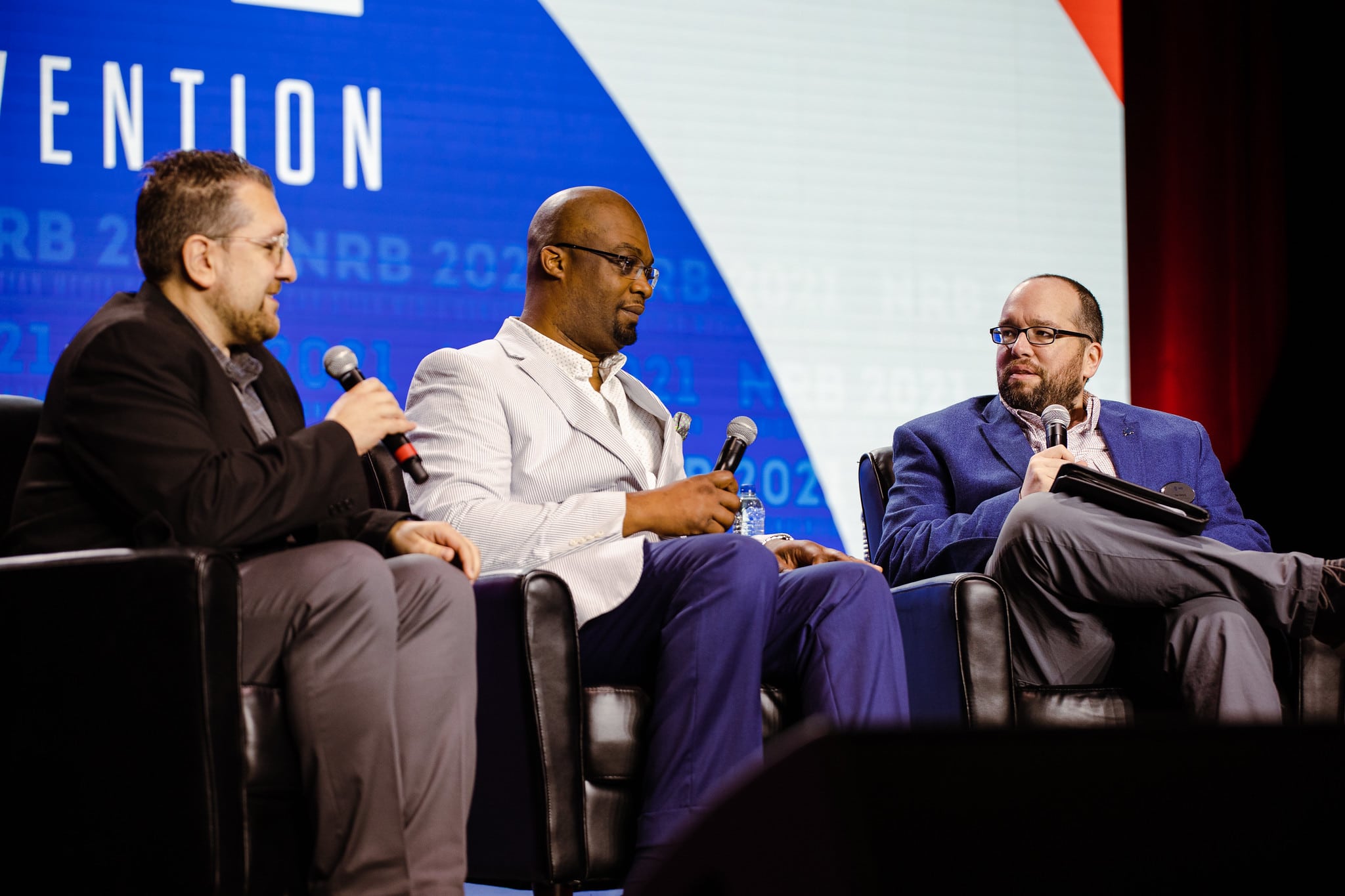 In a time where divisiveness is not only prominent in the world but also in the church, Christian unity seems like a foreign concept. On Thursday morning at NRB 2021, Daniel Darling, Senior Vice President of Communications at NRB, moderated a forum with journalist Billy Hallowell and pastor Christopher Brooks. As Christian communicators, they discussed the path to move towards unity in the challenging world we live in today.

Divisiveness exists because of the sin that entered the world at the fall in Genesis. God created the earth, and he declared it good. But when Adam and Eve disobeyed God and ate of the forbidden fruit, sin entered the world. Every conflict starts with a sinful heart.

In an age of social media where everyone has essentially been given a platform, the gospel of Jesus has never been more accessible. However, Hallowell warned that advances in technology like social media can also have a negative effect of infecting the culture, politics, and even trickle down into the church.

“Part of the reality is that we’ve always had divisions in the church but this is now multiplied by social media,” Brooks said.

So how can unity be achieved?

Brooks and Hallowell emphasized that the best way to achieve unity is to look back to the early church and to how Jesus lived on earth. In Scripture, the book of Acts gives a clear picture of how the church modeled unity—through boldness in prayer and caring for each other while being united in soul and mind.

“Jesus was uncompromising in his belief of the good news of the Gospel but was unending in his grace and love,” Brooks said.

Scripture also states the importance of loving your neighbor and being quick to listen but slow to speak. Hallowell lives out scripture by abiding by what he calls the 15-second rule. Essentially, Hallowell takes 15 seconds to ask himself “will this be edifying and helpful or just create a problem?” before making a post on social media. Whether or not he posts his thoughts for the world to see depends on the answer to that question. That is just one practical way that a person can exhibit unity.

Brooks gave an additional piece of advice directly to the church. Each church has a foundation of essential core beliefs, secondary beliefs, and tertiary beliefs. Brooks challenged attendees that the Church should be uncompromising on the core beliefs but should unite even amid disagreement on secondary and tertiary issues. Too often, the church divides over subjects unrelated to core Christian doctrine.

But the panel agreed that faithfulness is really what the church is called to live out.

In pursuing unity, it is important to remember to always look back to the one who lived a perfect life on earth. Brooks reiterated that even on the cross, Jesus was still praying for those who persecuted him.