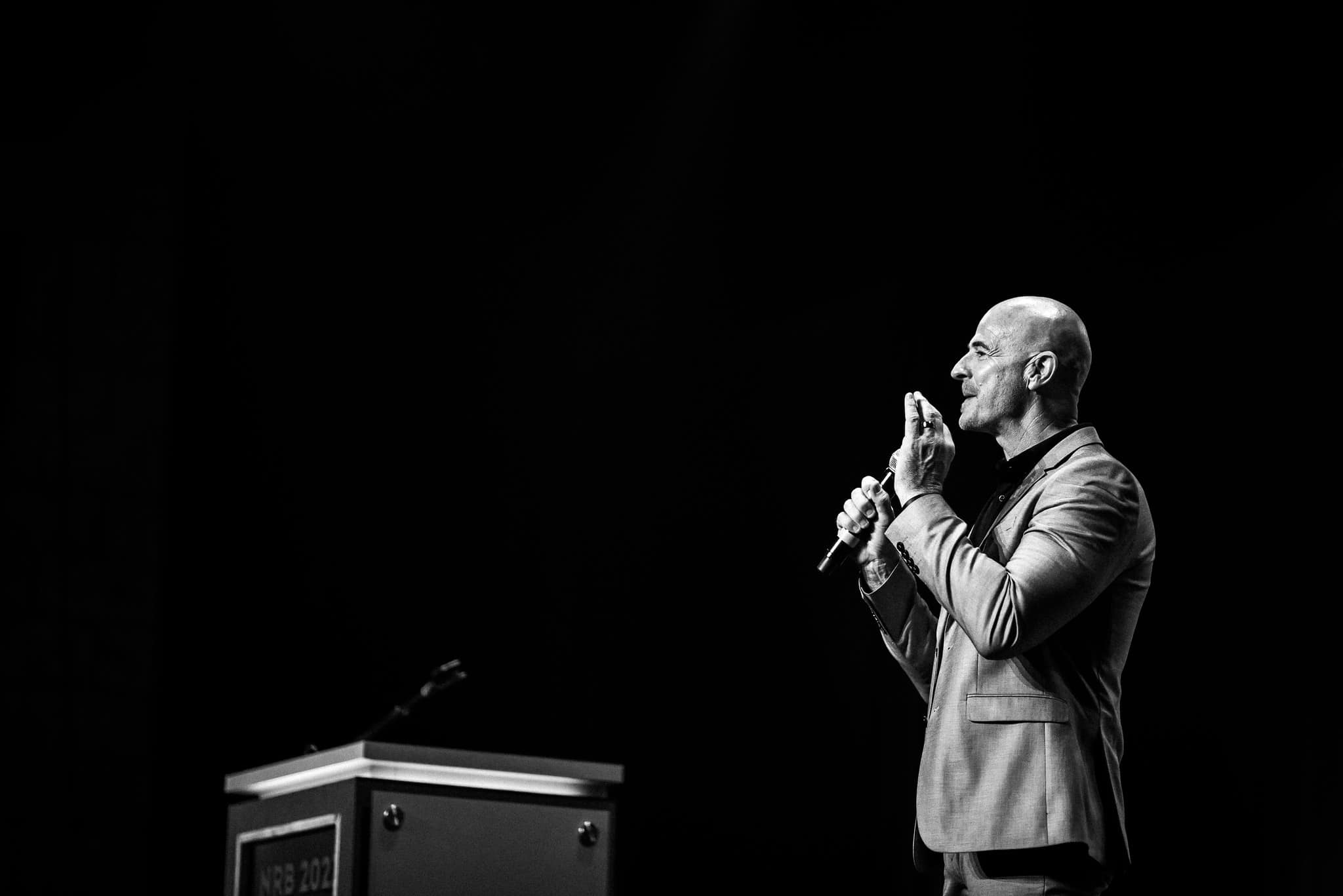 NRB 2021 officially kicked off on Monday at the Gaylord Texan Resort and Convention Center with the opening session featuring Mark Jobe and Paula Faris at 7 p.m., but the convention center was buzzing long before then.

On-site registration for the event opened up on Sunday morning and began again on Monday morning as attendees began to arrive. The day began with a morning devotion and prayer as well as with a brief convention orientation where attendees heard from NRB CEO Troy Miller and some committee chairs as well as had the opportunity to ask questions regarding this week’s convention.

To begin the week, NRB hosted its annual business meeting and board meeting and held its Media Awards Luncheon. The Media Awards Luncheon recognizes the recipients of the 2021 Church Media, Digital Media, International, Radio, and TV Industry awards. Learn more about this year’s awards recipients and how NRB honored them at this year’s convention here.

NRB’s official kickoff with the Opening Session was the main event of the day. In this session, Texas Governor Gregg Abbot welcomed attendees.

“Keep up the great work, and together we can ensure a brighter future for generations of Christian communicators to come,” Abbot said.

Miller introduced the speakers and musicians for the evening—Mark Jobe, President of Moody Bible Institute, Paula Faris, journalist, author, and podcaster, and The Erwins, recording artist at Stowtown Records. Dr. Ron Harris, Chairman of the Board of NRB spoke to the significance of NRB and called on all Christian communicators to trust the Lord.

Faris told her story of working as a secular broadcaster, shared what she learned during that time, and discussed what it means for Christian communicators to have purpose—a calling.

“I confused my calling and my purpose with my job,” Faris said.

But when she remembered that her calling was to glorify God, not make a name for herself, it changed the way she lived and worked.

In the film, Quaid plays Ronald Reagan, the 40th president of the United States, and he closed the first night at NRB 2021 by discussing what it was like to portray President Reagan in this production.