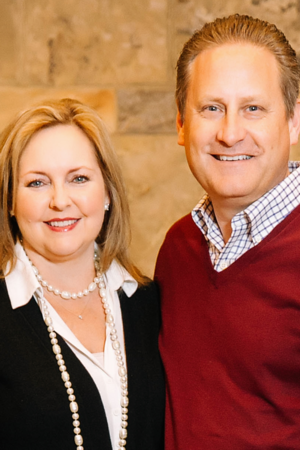 WASHINGTON (NRB) –Steve and Jackie Green will receive the 2017 NRB Board of Directors Award on Thursday, March 2, 2017, during the Closing Gala at Proclaim 17, the NRB International Christian Media Convention in Orlando, Florida.

The NRB Board of Directors Award honors a Christian who demonstrates integrity, displays creativity, and makes a significant impact on society. In recognition that broadcasting is not the only way to witness to the power of the Gospel, the award winner may or may not be in the field of electronic communications.

The Greens were selected to receive the Board of Directors Award for their work with Museum of the Bible – a 430,000-square-foot museum that is under construction in Washington, D.C., just three blocks from the nation’s Capitol.

Steve Green serves as chairman of the board of Museum of the Bible and is the visionary leader in establishing one of the world’s largest private collections of rare biblical artifacts, known as the Green Collection. Green has assembled a team of experts to create the Museum of the Bible, dedicated to a scholarly and engaging presentation of the Bible’s impact, history, and narrative. Green is also president of Hobby Lobby, the world’s largest privately owned arts and crafts retailer.

Over the past six years, Jackie Green has assisted Steve, her husband of 31 years, on the Museum of the Bible project and has been a champion for the project. She has just completed a project where she assisted Hobby Lobby with the plans and design of a building for the company’s conference center known as the Legacy House. Jackie Green relishes her roles of wife, mother to six children, mother-in-law, and “Gigi” to four grandchildren.

“I am pleased that members of our Board of Directors voted to recognize Steve and Jackie Green with this prestigious award for special service,” said NRB President & CEO Dr. Jerry A. Johnson. “What the Greens have done through Hobby Lobby and through the Green Collection is inspiring. Like many others, I am looking forward to the November 2017 grand opening of Museum of the Bible in Washington. This state-of-the-art facility will bless the countless individuals who will visit to engage with the greatest book of all time in a new and interactive way.”

In expressing appreciation for the recognition, Steve Green said, “We are very honored to be receiving this recognition by NRB, an organization representing the work of media professionals we have long respected and admired.”

The NRB Board of Directors Award is one of 21 awards that will be presented during Proclaim 17, which takes place February 27-March 2, 2017, at the Orlando World Center Marriott in Orlando. For the complete list of 2017 award recipients, click here.

The National Religious Broadcasters (NRB) is a nonpartisan, international association of Christian communicators whose member organizations represent millions of listeners, viewers, and readers. Our mission is to advance biblical truth; to promote media excellence; and to defend free speech. In addition to promoting standards of excellence, integrity, and accountability, NRB provides networking, educational, ministry, and fellowship opportunities for its members. Learn more at www.nrb.org.

The annual NRB International Christian Media Convention is the largest nationally and internationally recognized event dedicated solely to assist those in the field of Christian communications. The dynamic Exposition consists of around 200 companies and is an active marketplace for those seeking tools and services to expand their organizations. The next Convention, Proclaim 17, will be held at the Orlando World Center Marriott in Orlando, Florida, Feb. 27-March 2, 2017. For more information, go to www.nrbconvention.org.