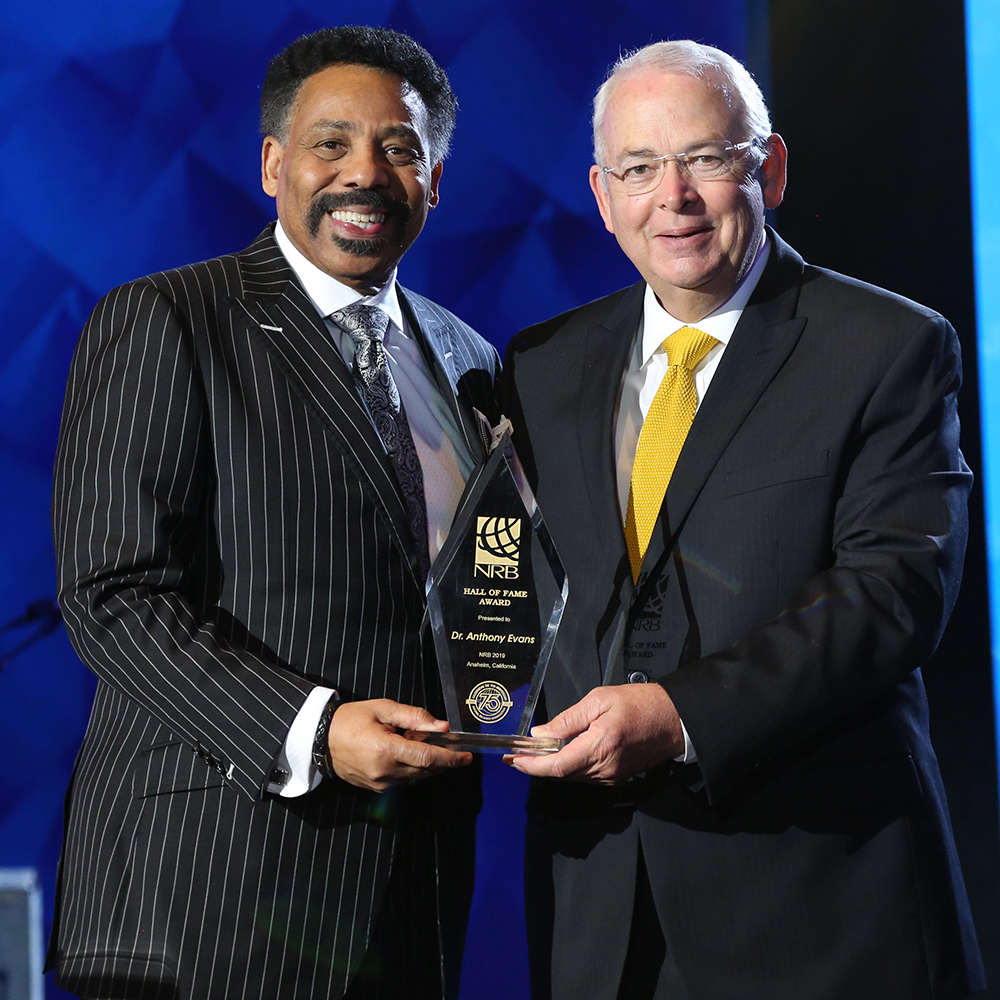 The National Religious Broadcasters Hall of Fame stands as a witness for current communicators, a showcase of warriors for Christ who live exemplary lives of valor and compassion, blazing trails and leaving paths for succeeding generations to follow. NRB's most prestigious award is presented to an individual NRB member for invaluable contribution to the field of Christian communications, exhibition of the highest standards, and evidence of faithfulness in Christ.

“It is with great joy that we induct Dr. Tony Evans to NRB’s Hall of Fame,” said Troy Miller, executive vice president and COO of NRB. “Dr. Evans has been a spiritual guide and father-figure for so many. And for so many years, he has proclaimed God’s Word faithfully, powerfully, and compellingly. Dr. Evans is excellent example for us all.”

Dr. Tony Evans is founder and senior pastor of Oak Cliff Bible Fellowship in Dallas, founder and president of The Urban Alternative, former chaplain of the NFL’s Dallas Cowboys, and present chaplain of the NBA’s Dallas Mavericks. His radio broadcast, The Alternative with Dr. Tony Evans, can be heard on nearly 1,000 U.S. radio outlets daily and in more than 130 countries.

The Hall of Fame Award was one of 20 awards that were presented during Proclaim 19, which took place March 26-March 29, at the Anaheim Convention Center in Anaheim. For the complete list of 2019 award recipients, click here.