The Erwin Brothers Receive NRB Board of Directors Award 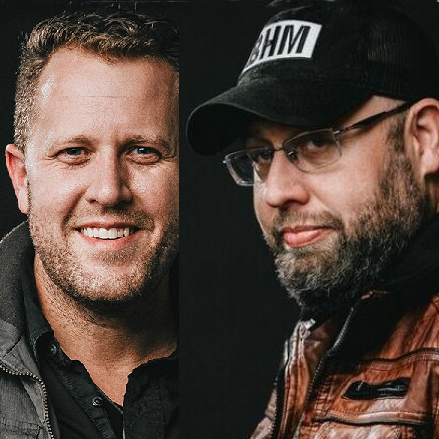 NASHVILLE, Tennessee (NRB) – Filmmaking duo Jon and Andy Erwin received the 2020 NRB Board of Directors Award during the presentation of the NRB Special Service Awards at the NRB 2020 Christian Media Convention in Nashville, Tennessee.

Each year, the Board of Directors Award honors a Christian who demonstrates integrity, displays creativity, and makes a significant impact on society. In recognition that broadcasting is not the only way to witness to the power of the Gospel, the award winner may or may not be in the field of electronic communications.

“Every one of these recipients raises the bar for all believers,” Janet Parshall, NRB’s Chairman of the Board, said of all the award winners during the NRB 2020 Closing Gala with Special Service Awards on February 28. “They are a picture of what it means to be completely dedicated to the cause of Christ no matter what – to be completely sold out to the proclamation of the Gospel of Jesus Christ.

“We are grateful for their association with NRB but equally thankful for the standard of excellence they have exemplified through their award-winning work,” she added.

In 2002, the Erwins founded a production company that started off with commercials, documentaries, and music videos, and soon moved on to directing videos and producing concerts and television programs for platinum recording artists such as Amy Grant, Michael W. Smith, Casting Crowns, Switchfoot, Skillet, and others.

Alongside their award-winning music videos, the Erwins also produced and directed several documentaries, including the multi-award winning 9/11 story The Cross and the Towers.

In 2010, the Erwins began exclusively developing dramatic feature films. Their features have all opened in the box office top ten on opening weekend, and they have received the coveted A+ Cinema Score twice. Their features include October Baby, Moms’ Night Out, Woodlawn, and the 2018 surprise hit I Can Only Imagine.

In 2019, the Erwins launched Kingdom Studios, alongside their partners Kevin Downes and Tony Young, with a first-look deal with Lionsgate. The first film from that venture was I Still Believe, a biopic about CCM megastar Jeremy Camp that opened in theaters nationwide on March 13 as the #1 new movie and the #3 movie overall.

The NRB Board of Directors Award was one of 27 awards that were presented during the NRB 2020 Convention, which took place February 25-28 at the Gaylord Opryland Resort & Convention Center in Nashville, Tennessee. For the complete list of 2020 award recipients, click here.