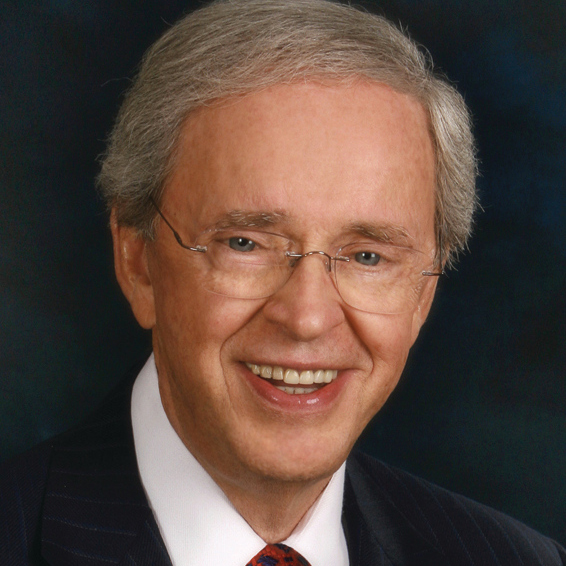 In presenting the award, Janet Parshall, Chairman of the NRB Board of Directors, noted the extraordinary level of support that Stanley and his ministry has given to NRB, especially in the past year.

“When you’ve gone through a year where it’s been mostly a trail of tears,” Parshall said, “and you’ve really and truly had to completely collapse into the arms of a God who provides all our needs according to His riches in glory through Christ Jesus, you really notice people who step up and step in and give sacrificially, and give and give and give again without knowing necessarily what the future might hold, without knowing whether or not there is enough sustenance to be able to put one step, as an association, in front of another.”

“This particular ministry, over the last couple of years, has really given at a profoundly deep, sacrificial level,” she added.

A longtime member of NRB, Stanley reaches millions of people in every nation on earth via radio and television broadcasts, podcasts, the handheld In Touch Ministries Messenger, In Touch Apps, and on the web. In the United States, the In Touch television program is seen on 204 stations and seven satellite networks. The In Touch radio program is heard on 458 stations and via shortwave radio.

In 1988, Stanley was inducted into the NRB Hall of Fame for the consistent excellence of his broadcast and leadership in the realm of Christian television and radio. Stanley has also served two terms as president of the Southern Baptist Convention.

The NRB Chairman’s Award was one of 27 awards that were presented during the NRB 2020 Convention, which took place February 25-28 at the Gaylord Opryland Resort & Convention Center in Nashville, Tennessee. For the complete list of 2020 award recipients, click here.