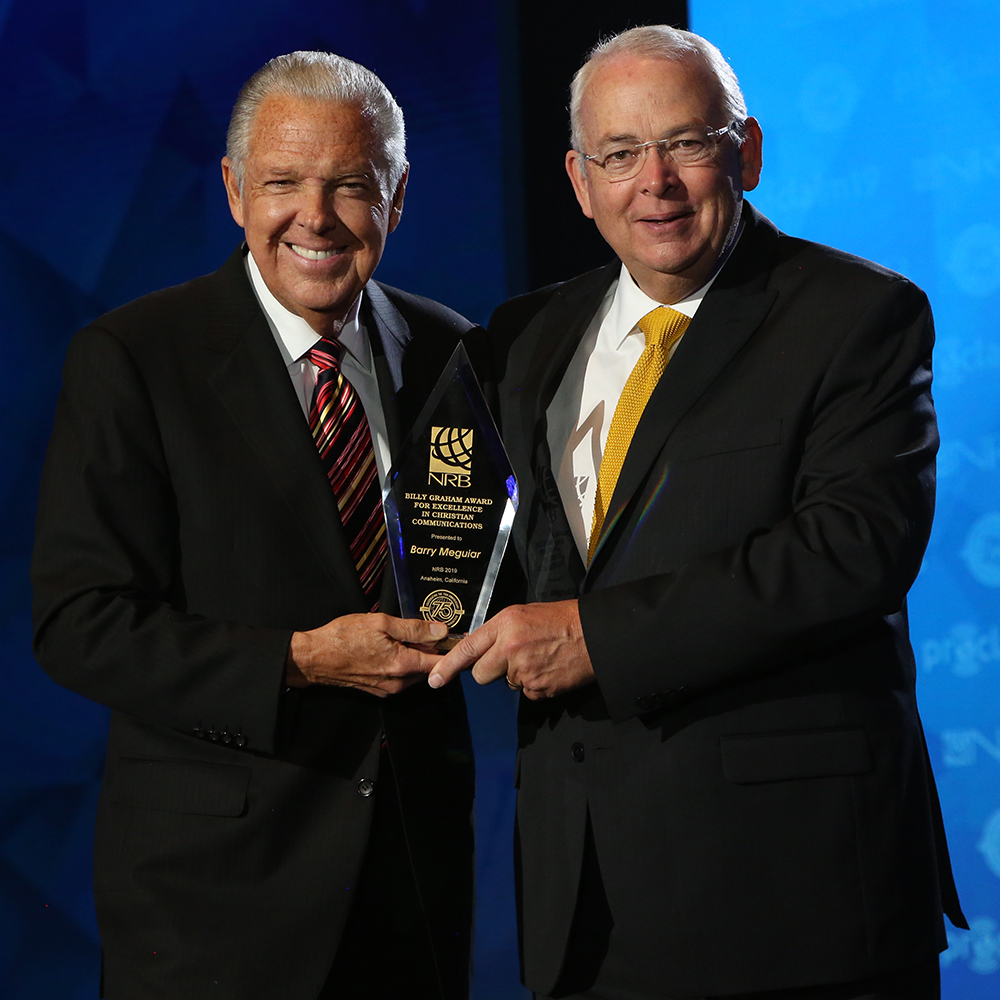 ANAHEIM, Calif.  (NRB) – Barry Meguiar, president of Revival Outside the Walls, received the 2019 Billy Graham Award for Excellence in Christian Communications on Friday, March 29, during the Closing Gala at Proclaim 19, the NRB International Christian Media Convention in Anaheim, California.

Billy Graham is the best-known broadcaster, pastor, and evangelist of his era. Dr. Graham exemplified a commitment to excellence, creativity, and biblical fidelity in his use of electronic communications in furtherance of the Gospel of Jesus Christ. The Billy Graham Award for Excellence in Christian Communications is presented to those who effectively and creatively use multiple electronic media technologies in fulfillment of their mission, while maintaining fidelity to the message of love, redemption, and hope found in the Holy Scriptures.

“Barry Meguiar is a passionate evangelist following in the innovative communications footsteps of Billy Graham,” said Troy Miller, executive vice president and COO of NRB. “Barry strives to utilize every opportunity, every platform, and every resource to spread the Gospel as deep and as far as possible. We are grateful for who he is and what he does, and we’re so glad to recognize him with this award.”

Revival Outside the Walls exists to equip and inspire lay Christians for evangelism. Founded by Barry Meguiar, the ministry energizes believers by matching shocking statistics about the life of Christians and the health of the Church with the tools and challenge to live full out as a follower of Jesus. Meguiar has a passion for his business, his life, and for God that is contagious and renowned. As the third-generation leader of his family business and the host of Car Crazy Television on Discovery’s Velocity Channel, he’s learned how to sail thru insurmountable odds by “Living in the FOG…The Favor of God.”

The Billy Graham Award for Excellence in Christian Communications was one of 20 awards that were presented during Proclaim 19, which took place March 26-March 29, at the Anaheim Convention Center in Anaheim. For the complete list of 2019 award recipients, click here.