NRB Condemns Attempted Takeover of U.S. Capitol and Urges Prayer for Our Nation 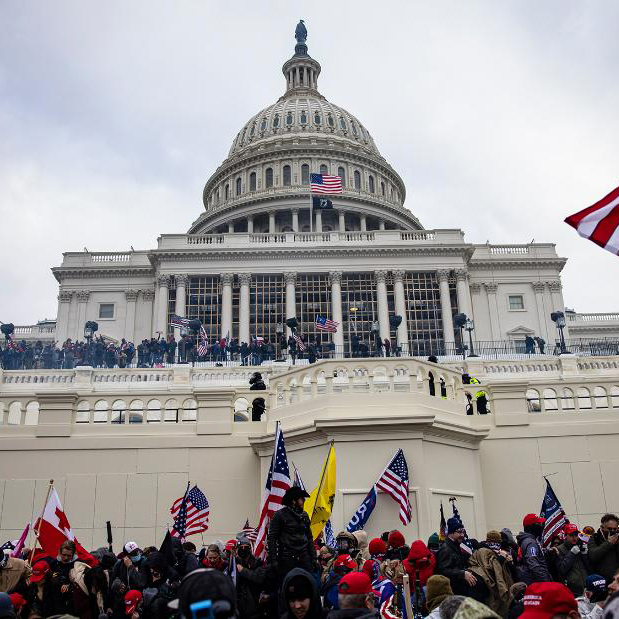 In the wake of the violent attempted takeover of the United States Capitol yesterday, NRB leaders are calling for prayer and spiritual renewal for our nation.

“The United States Capitol is a worldwide symbol of freedom and democracy, and the American legacy is one of peaceful transfers of power. What happened yesterday was an assault on our system of government. The outcome of an election is never an excuse for violence,” NRB CEO Troy Miller said. “We urge Americans to obey 1 Timothy 2:1-5 and pray for our leaders, including President-elect Joe Biden, regardless of whether we agree with their policies. We are praying for the courageous officers who were injured and the families of those who lost their lives, as well as our country during this difficult time.”

Many NRB members also joined in denouncing the violence and calling for prayer as the events unfolded yesterday.

In an op-ed at the Christian Post this morning, NRB Board Member Richard Land called for Americans to reject violence in pursuit of political goals.

“Our Constitution guarantees the right to peaceful redress of grievances, not violent protest,” Land wrote. “Each of us has a sacred obligation to protect that right and pass it on, unsullied and undiminished, to our children and our grandchildren.”

In a statement on Twitter, Family Research Council President Tony Perkins said “The violent, lawless actions at the U.S. Capitol building against Congress and Capitol Police are wrong and dangerous for our republic. Lawlessness is not the way, and such actions make it difficult for law-abiding Americans to fight the good fight. Pray for our Republic!”

Alliance Defending Freedom also condemned the assault on the U.S. Capitol, noting that “violence is never the answer.”

“The violent actions at the U.S. Capitol must stop. Alliance Defending Freedom categorically condemns them,” ADF President and CEO Michael Farris said in a statement. “Over the last year, we’ve witnessed lawlessness on the left and now the right. Violence is never the answer, nor can it result in a durable, peaceful, and freedom-loving nation. America is not defeated by one election. America is defeated when we stop believing in and following our constitutional system. We still believe in America.”

“Today’s political violence was a tragic illustration of what happens to a nation when it abandons God’s person, principles and policies. America is undergoing the passive wrath of God which takes place when His standards are compromised (Romans 1:18-32.) The result is chaos, conflict, and lawlessness. Only a radical return to God by His people will change this. The answer to saving America is not in the White House - it is in the church house,” Evans said on Twitter.