Explainer: What’s happening with the FCC? 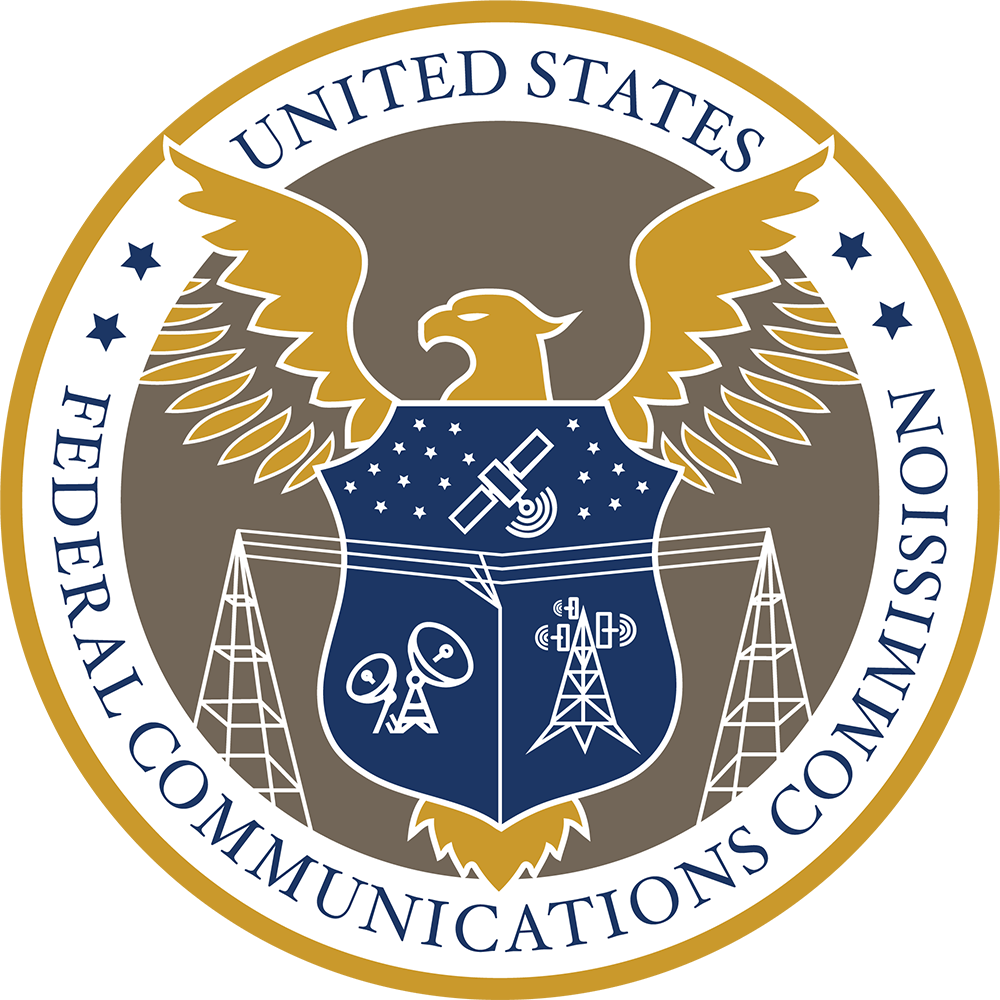 As Inauguration Day approaches in the United States, people across the country are watching to see what changes will come with a Biden administration. The Federal Communications Commission (FCC) is undergoing some key transitions with the coming administration change.

What is the FCC?

The FCC is the independent agency of the United States government that regulates interstate and international communications by radio, television, wire, satellite, and cable. The commission is the country’s authority for communication law and regulation as well as technological innovation.

Here are a few central areas where the FCC will be affected as President-elect Biden takes office.

Chairman Pai is set to leave his position.

In keeping with agency tradition, Pai announced his plans to step down as Chair of the FCC on January 20 with the inauguration of the new president. Pai has served on the FCC since 2012 and was promoted to chairman by President Trump in 2017.

"Chairman Pai has been a champion for many of the values that NRB members hold dear, including taking decisive action toward bringing us closer to a solution to the escalating problem of online censorship,” said Troy A. Miller, NRB CEO. “We have been blessed by having him speak at a number of NRB events and have truly valued his input on issues of importance to NRB. He will be greatly missed.”

During his tenure, Pai reversed the net neutrality rules passed in 2015, oversaw the merging of T-Mobile and Sprint, implemented new measures to fight robocalls, designated 988 as the new number of the National Suicide Prevention Lifeline, and put procedural transparency measures in place.

Nathan Simington is confirmed as the newest commissioner.

President Trump nominated Nathan Simington to fill the seat of former FCC Commissioner Michael O'Rielly. He was confirmed by the Senate on Dec. 8, 2020. Previously, he served as Senior Advisor at the National Telecommunications and Information Administration (NTIA).

As President Trump’s term comes to a close, Simington enjoyed a rather quick nomination and confirmation process. With this appointment and Pai stepping down as chairman, the FCC will have two Democratic commissioners and two Republican commissioners until President-elect Biden nominates a new chair and that nominee is confirmed by the Senate.

How does control of the Senate affect the FCC?

Because any nominee must be confirmed by the Senate, the party that controls the Senate will have a major role to play in determining the makeup of the FCC under a Biden administration. Had the Republican Party won either of the two Senate runoff elections on Tuesday, they would have gained control of the Senate and the 2-2 tie in the FCC could have been maintained indefinitely.  The Senate would have been able to refuse to confirm any nomination from the Biden administration, essentially leaving the FCC frozen with neither side being able to pass rules or regulations without a majority. Under these circumstances, ordinary business would have been able to take place, but no big moves would happen.

However, with the Democrats winning both Senate seats, the now 50-50 tie in the Senate will be broken by Vice President-elect Kamala Harris. This will be enough to allow the Biden administration to confirm a Democrat as the new FCC chair.

Who will President-elect Biden nominate as chair of the FCC?

President-elect Biden has yet to announce a nominee to fill Chairman Pai’s position. Given his commitment to a diverse administration, President-elect Biden is under pressure to appoint more women and minorities to important positions such as this one. There are currently three names that are most talked about as possible nominees.

The first is Mignon Clyburn. She served as an FCC commissioner for nine years including as acting chairwoman. Clyburn is the only female to have served as chairwoman of the FCC, and even her time in this position was brief. As a commissioner of the FCC, one of her primary commitments was to closing the digital divide. She is clearly qualified for the position, but questions remain as to whether Clyburn wants this position or prefers to make moves toward the private sector.

The second possible nominee is Jessica Rosenworcel. She is one of the two Democratic commissioners currently serving on the FCC. Commissioner Rosenworcel is the longest serving Democrat on the commission, making her an obvious choice for the position of chairwoman. During her time serving as a commissioner, Rosenworcel has fought to protect net neutrality and has worked on ending what she calls the “homework gap.” She will likely at least serve as the interim chair under the Biden administration.

Geoffrey Starks is another possible nominee under a Biden administration. He is the other Democratic commissioner currently serving on the FCC. Commissioner Starks replaced Clyburn at the FCC in 2018. During the past two years of serving on the FCC, he has been known for advocating for consumer protection and accountability, in particular by defending the Universal Service Fund. Although Starks is the more junior Democratic member of the FCC, he is well-liked and qualified for the position as chairman.

There are four primary issues that the FCC will likely deal with this year.

Net neutrality is the idea that the internet should be free and without restrictions. Service providers should treat all content equally, not delaying, accelerating, or blocking any content. This promotes freedom of expression as well as innovation and competition by allowing anyone to have a voice online and ensuring that large companies don’t have the advantage of faster internet over small startups. It also allows content creators the access they need to deliver their service properly without extra fees from internet service providers. However, net neutrality inhibits network innovation. It also opens up more opportunities for porn and other objectionable content to thrive.

The FCC successfully enforced net neutrality protections for the first time in 2015 during the Obama administration. During his term as chairman, Ajit Pai led the FCC in overturning net neutrality. As Pai noted, “The internet wasn’t broken in 2015. We weren’t living in a digital dystopia.”

As chairman of the FCC, Pai prioritized closing the digital divide and bringing the benefits of the internet to every person across the United States. Chairman Pai led the FCC in several key initiatives including launching the Rural Digital Opportunity Fund, establishing the Digital Opportunity Data Collection, launching the Broadband Deployment Advisory Committee, and several others.

Section 230 of the Communications Decency Act says that an “interactive computer service” cannot be treated as the publisher of third-party content. This protects companies and websites from lawsuits if a user comments or posts something illegal on their site. This amendment is highly debated as some argue that this preserves the right of platforms to monitor harmful content from users and others arguing that it gives too much power to the tech platform to censor speech. NRB will continue to advocate for Section 230 to be reformed to better protect the speech of our members. Our full position is outlined here.

In an executive order issued in May 2020, President Trump tasked the FCC with clarifying both when a platform is able to claim immunity under Section 230 and when a platform’s decision to remove content is considered a “good faith” action. In October 2020, Chairman Pai issued a statement that he would proceed under the executive order. Many expect that under a Biden administration, the FCC would pass this issue on to be resolved by Congress.

5G is the fifth (and latest) generation of wireless networks. 5G networks are faster, more responsive, and able to connect to more devices at once than any previous generation of wireless network. As the COVID-19 pandemic has continued, deploying nationwide 5G has risen in importance for both Democrats and Republicans. But with this push to continue to increase spectrum availability for 5G commercial use also come questions concerning global supply chains and the Department of Defense’s push to create their own secure 5G network.

Under Chairman Pai, the FCC has launched the 5G FAST Plan. This plan is centered around making more spectrum available for 5G services, updating infrastructure policy, and updating regulations.

As we begin 2021 and move towards a Biden administration and new control of the FCC, NRB will continue to advocate on behalf of Christian communicators.