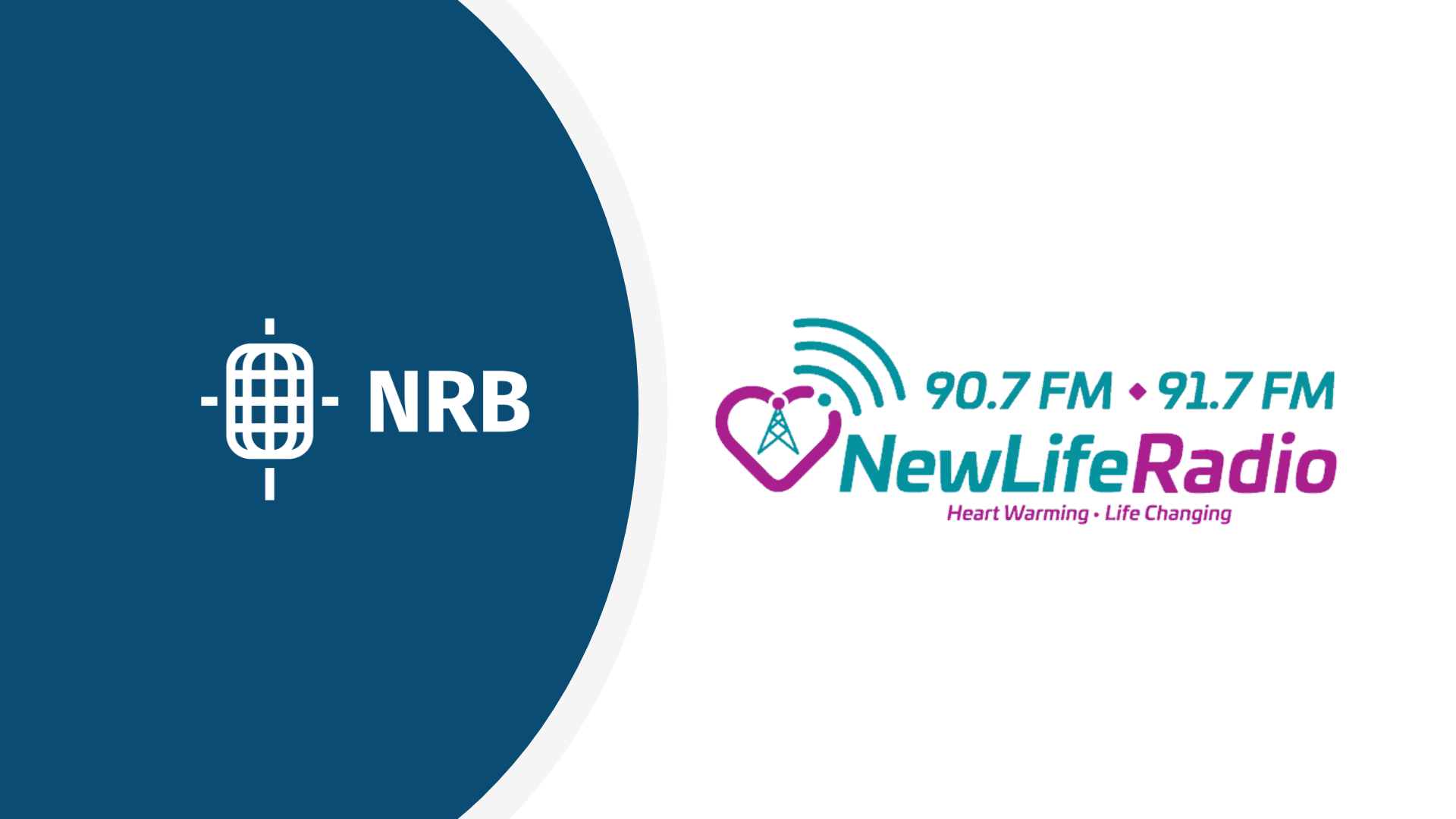 NRB member NewLife Radio broadcasts faith-based programming, transformative Bible teaching, and uplifting music that infuses more of the Gospel into day-to-day life. The radio network exists to equip listeners with “spiritual encouragement” and “relevant culture-changing media.” Today, the Georgia-based station reaches an estimated audience of over 3.2 million across the globe through its broadcast network and streaming capabilities.

“The core values of NewLife Radio have always been that we serve our listeners with Christ-centered, culture-changing programming using the most relevant media available to us,” said NewLife Radio President Doug Doran, who is a member of the NRB President’s Council. “We have firmly stayed the course on sharing the Gospel through biblically based music and Christ-centered teaching. Amos 8:11-12 tells us there will be a time when people will want to hear God’s Word but will be unable to find it. As long as we are on the air, NewLife Radio will always be a source of hope and encouragement.”

In 1993, Joe and Jenny Emert founded Life Radio Ministries, the parent company of NewLife Radio, to assist in missionary and outreach efforts in Georgia.

“While Joe was General Manager of WAFS, the Moody AM radio station in Atlanta, he became aware of WMVV 90.7 FM was for sale. After trying to get Moody Broadcasting to purchase the station, the Moody folks said they were not interested but that if God spoke to Joe, he should purchase it,” said Doran. “So, with a shoestring budget in hand, he bid and won the construction permit to build out WMVV. After six months and a lot of prayers and hard work, WMVV 90.7 FM went on the air on April 16, 1995, Easter Sunday.”

Since its founding, the media ministry has grown from a single, 10,000-watt frequency to over 30,000 watts with the addition of a two-frequency network. Doran said that the network’s staff has grown from “one part-time employee to over nine full-time, part-time, and volunteer members of the team.”

Doran shared advice and insight into fostering a workplace that encourages and empowers employees to pursue professional and communications excellence.

“One of the challenges in today’s culture is instilling in our employees that success cannot be measured as the world and current society measures it,” said Doran.  “We work daily to instill what I call the 3 “I’s”!  Integrity, Innovation, and Initiative.  These three will create an environment that fosters personal growth as well as professional excellence. To me, the key is to empower your employees with a goal to work toward and see how far above that they can go.”

Not shying away from recognizing the challenges a small network like NewLife Radio faces, Doran acknowledged the faithfulness of God’s provision throughout the network’s years.

“As with a lot of small ministries, God has not chosen to give millions of dollars in surplus. But He has never failed to give us what we needed just when we needed it,” Doran said. “There are countless stories of how God showed up just in time and on time. Never a minute late, but seldom early. That has created a spirit and a lifestyle of faith and trust in the almighty goodness of God.”

In addition to its all-ages teaching and music, NewLife Radio offers weekly children’s programming to nurture even the youngest believers in their faith.

“NewLife Radio has the unique privilege of being the only full-power FM station in the Atlanta market that hosts its own children’s program,” said Doran. “Our production Director, Debbie Faubion, creates every week a two-hour, children-specific program of handpicked children’s music, devotional thoughts, and radio drama to engage and teach our next generations about Jesus.”

In expressing his gratitude for NRB, Doran highlighted the importance of protecting free speech for the Christian broadcasting and media industry.

“NRB is vital to any broadcaster regardless of size. If it were not for NRB, we wouldn’t have the voice that we have in the marketplace,” said Doran. “NRB promotes excellence in broadcasting and media of all types and across all platforms. It is the only organization that has its history and purpose rooted in media and broadcasting. I thank God for the NRB and its leadership in our industry.”

NewLife Radio has been a member of NRB since 1997. Mike Shelley, NewLife vice president and general manager, serves on the NRB Board of Directors and the Radio Committee.