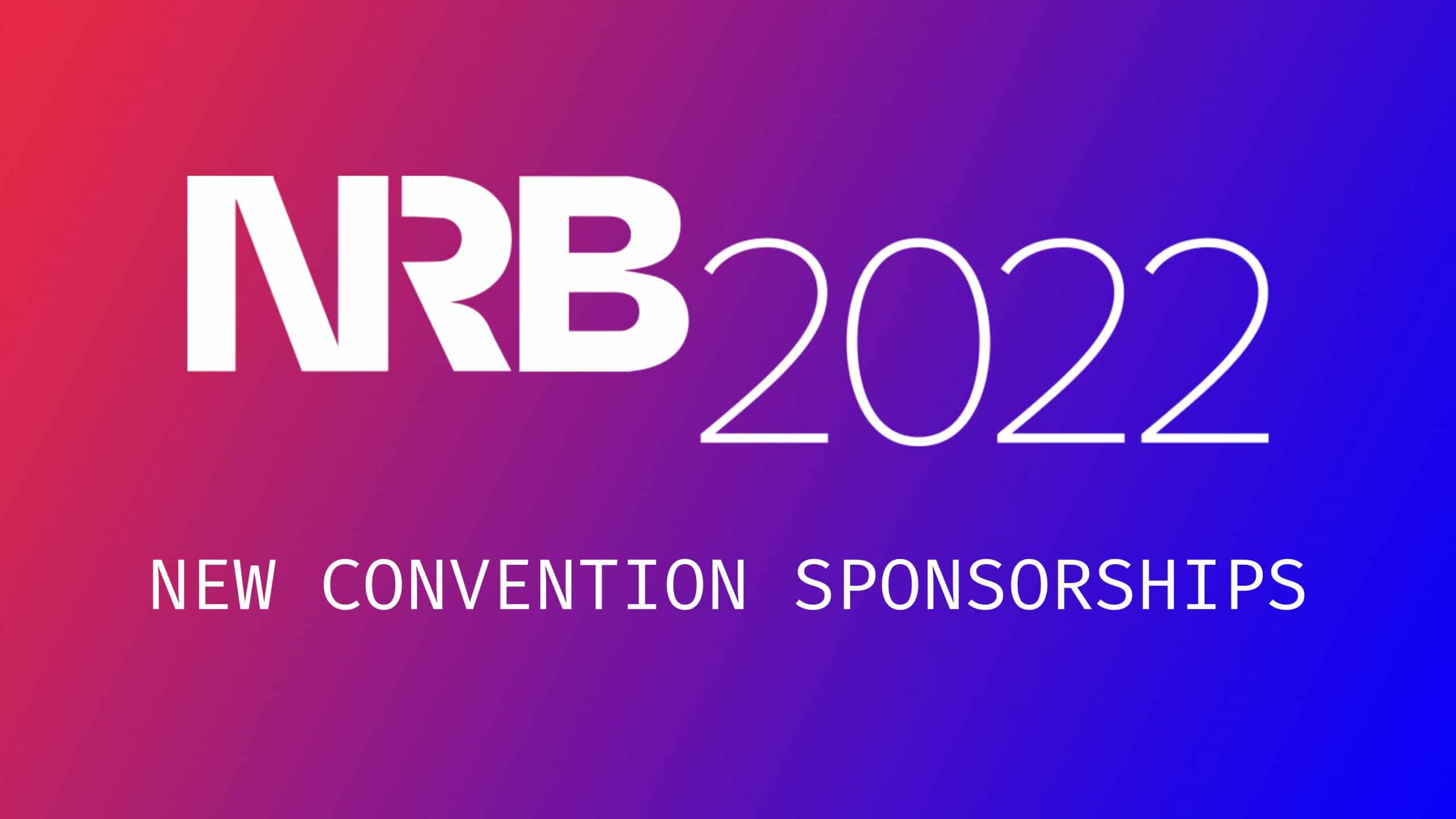 We are excited to highlight several new sponsors for NRB 2022 that help make the convention possible. There are only handful of sponsorships still available for NRB 2022, so please act quickly if you are interested in highlighting your organization this year!

There are several NRB Forums remaining for your organization to sponsor, including:

Click here to sponsor a Forum or learn more about the opportunities and benefits included with your sponsorship. Please contact ccapps@nrb.org for more information and updated sponsorship offerings.

We are honored that Leadership Books has claimed our final Bronze Sponsorship. Leadership Books is an emerging powerhouse in book publishing. They have joined the two worlds of traditional and self-publishing into one company that can help do it all. Their capabilities and relationships allow them to create targeted and integrated book campaigns that mobilize high-profile contacts in their client’s niche, capitalize on word-of-mouth marketing through social marketers and extend clients reach into the most prominent media publications. Leadership Books’ authors have the unparalleled service of an Executive Editor, one who will work with them in putting client story ideas into book form. Their professional designers then will work to design the cover and interior to make the client’s book ready to sell.

We are delighted to announce that The Washington Times and Trinity Broadcasting Network (TBN) are sponsoring the Press Center at NRB 2022.

The Washington Times, founded in 1982, is a conservative daily newspaper published in Washington, D.C. The newspaper primarily focuses on American politics, but also covers entertainment, sports, business, and contains editorial and opinion pieces as well.

Launched in 1973 by Christian television pioneers Paul and Jan Crouch, Trinity Broadcasting Network began as one low-power television station broadcasting a few hours of Christian programming each day to viewers throughout the Los Angeles area. In the years since, TBN has grown into a family of over thirty twenty-four-hour global networks reaching every inhabited continent with entertaining, inspirational, and life-changing programming for every family member and demographic.

Over 170 exhibitors will connect and network with thousands of industry professionals on 30,000 square feet of exhibit space in the dynamic and award-winning Exhibit Hall. The Exposition is an active marketplace for those seeking products and services to enhance their own organization. You won’t want to miss this opportunity to engage with leading Christian companies and ministries during all three days of the Exposition. Check out the Expo Hall floor plan here.

A special thank you to our Platinum Sponsor Pathway to Victory. Established in 1996, Pathway to Victory serves as the broadcast ministry of Dr. Robert Jeffress and the First Baptist Church of Dallas, Texas. Pathway to Victory stands for truth and exists to pierce the darkness with the light of God’s Word through the most influential media available, including television, radio, print, and digital media. More than 900 radio stations in the United States broadcast the daily radio program as well as several Christian television networks such as Daystar and TBN both in the United States and internationally.

The Gold Sponsor for NRB 2022 is PureFlix, the worldwide leader in selecting and streaming faith and family-friendly media that changes lives, inspires hearts, and lifts the spirits of members and those they love. Headline PureFlix films include God’s Not Dead, Redeeming Love, Unplanned, I’m Not Ashamed, and more. PureFlix selects and streams quality content that sparks a worldwide conversation.

If you haven’t yet registered for convention, don’t wait any longer. Register now! We look forward to seeing you at NRB 2022, March 8-11 in Nashville, Tennessee!