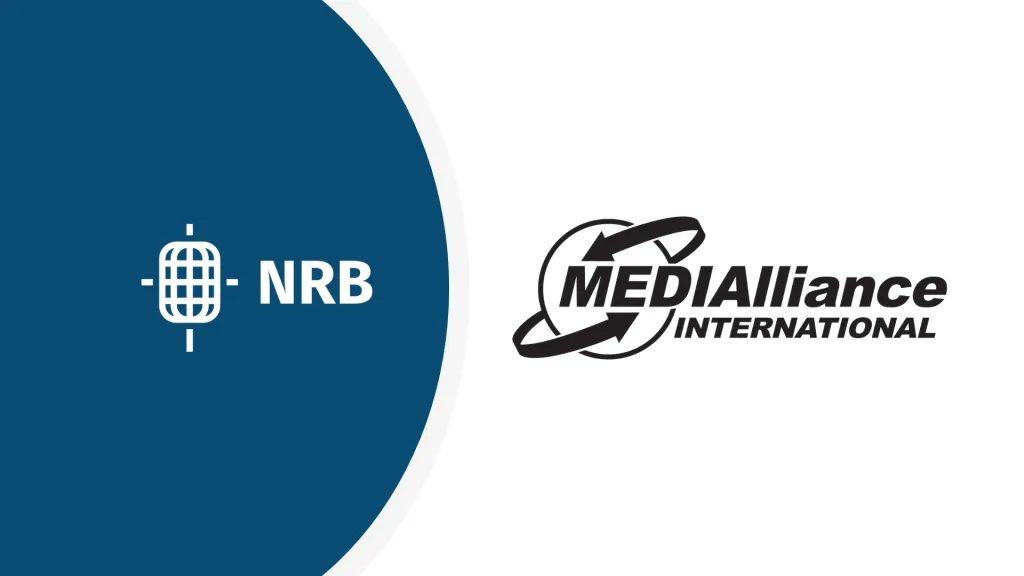 NRB member MEDIAlliance International is reaching the unreached through strategic partnerships with those “serving in places of challenge and difficulty for the cause of Christ.”

The international Christian organization trains, assists, connects, consults, mentors, and encourages media professionals around the world who can harness the potential of communications technology to make the Christian message accessible to millions across the globe. Through on-the-ground efforts and virtual one-on-one training sessions, MEDIAlliance is helping Christian leaders multiply their skills—and their reach—in traditional broadcasting and digital media.

“MEDIAlliance International got its start really out of the work that I had been doing at National Religious Broadcasters,” said MEDIAlliance founder and president Dr. Ron Harris. “I served for almost five years as NRB’s Senior Vice President for Strategic Partnerships, and that was NRB’s opportunity to grow the international footprint, as it were, both with people who joined NRB, but also that we might acknowledge and assist those around the world. It was a great opportunity. In fact, it was so good for me that in my heart, I felt a strong desire to focus more on just international work. Out of that, almost ten years ago, we began MEDIAlliance International.”

“Many of our NRB members have gone with us to various places around the world, whether it’s Ukraine, Romania, Turkey, India, or Egypt,” Dr. Harris added. “NRB members and others have been our go to expert professionals in Christian media who have partnered with us in media training for pastors and Christian leaders.”

These supportive partnerships are crucial for those proclaiming the Gospel in challenging areas.

“It is a blessing to be able to step in as U.S. Christian broadcasters and provide those, who have been called by God in their own cultures, who may not have access to the media resources we have,” Harris said. “We do our best to provide these individuals with what they need in order to better serve God and to proclaim the Gospel in a more effective way.

As an organization that is completely funded by the generosity of donors, MEDIAlliance offers its services free of charge—a ministry that does not come without its challenges.

“When we travel, we pay our way, our lodging, and meals. We don’t charge those we are serving for any of the things that we do,” said Harris. “As you might expect, one of our challenges is having the financial resources. Ultimately, I’ve learned it is crucial to let people know what God is doing, inspiring them to the point of where they want to be a part of the mission financially. When that happens, you not just have donors or individuals who give money; you have people who are true partners with your ministry in sharing the Gospel around the world.”

Through longtime relationships with partners in countries where the evangelical population is lower than two percent, MEDIAlliance is expanding its global ministry footprint and opening new regional offices. The ministry recently announced the launch of three new offices serving Asia, Europe, and South America. MEDIAlliance-Asia, based in Bangkok, Thailand, will serve Indonesia, South Korea, India, and Thailand. MEDIAlliance-Europe, based in Timisoara, Romania, will serve Central Europe, Eastern Europe, and the northern reaches of the continent. MEDIAlliance-Brazil, based in Recife, will serve the continent of South America by reaching the Portuguese-speaking population of Latin America.

“These offices will help focus our Christian media training and expand the building up of media leaders in three key geographic areas,” said Harris in a press release. “There is a greater need now for the Gospel more than ever before and today’s media tools are a powerful way to share the story of God’s great love to our lost world. These new offices will help us give renewed focus and greater help in sharing God’s hope to all.”

From October 17-20, Christian media professionals from twenty countries including South Africa, Ghana, Nigeria, Liberia, Romania, Albania, Paraguay, Brazil, Ukraine, India, and Thailand, gathered at Dallas Baptist University in Dallas, Texas, to network and fellowship at the MEDIAlliance international summit, which included remarks from NRB President & CEO Troy A. Miller. In January of 2023, MEDIAlliance will convene Christian leaders for the first forum at its Asia office in Bangkok. The MEDIAlliance-Asia Leadership Forum will provide leadership and training sessions for Christian media leaders across the continent, including remarks from author and speaker Dr. Phil Cooke of Cooke Media Group, an NRB member.

On the importance of advancing excellence in Christian communications, Harris commented, “It is one of the highest of callings for us in Christian media to set such a high standard for excellence that we capture our audience’s attention by what we do in efforts to deliver the powerful and life-changing message of the hope we have in Jesus Christ.”

“I remember early on as an NRB member, learning so much from the heroes of NRB who set a standard for both excellence and creativity,” said Harris. “Al Sanders is one that I distinctly remember taking the time to critique some of my work to help me understand how to better do my job in furthering the Kingdom.”

“NRB is such a strong and powerful tool for some of the same reasons we at MEDIAlliance work with people around the world in learning media techniques, technologies, and building relationships,” said Harris. “I encourage all broadcasters to be a part of NRB conventions year after year, build upon the relationships made there, and then invest back into the association with each one’s individual level of experience and expertise in broadcasting and ministry.”

In his latest book, “The Voice Behind You: Memoirs of an Ordinary Life Led by an Extraordinary God,” Harris, with honesty and humor, tells the story of his testimony and the faithfulness of God.

Harris has been part of NRB for over 30 years, as a convention speaker and a previous member of numerous NRB leadership bodies including the Board of Directors, the President’s Council, the International Committee, and the Executive Committee. Harris has previously served as chairman of the Board of Directors. In 2020, Harris was appointed as the first chairman of the NRB Board of Governors, which will serve as an advisory council to the Executive Committee. MEDIAlliance has been an NRB member since 2013, and Harris received the 2019 William Ward Ayer award and was inducted into the NRB Hall of Fame in 2022—NRB’s most prestigious award presented to an individual NRB member for “invaluable contribution to the field of Christian communications, exhibition of the highest standards, and evidence of faithfulness in Christ.”